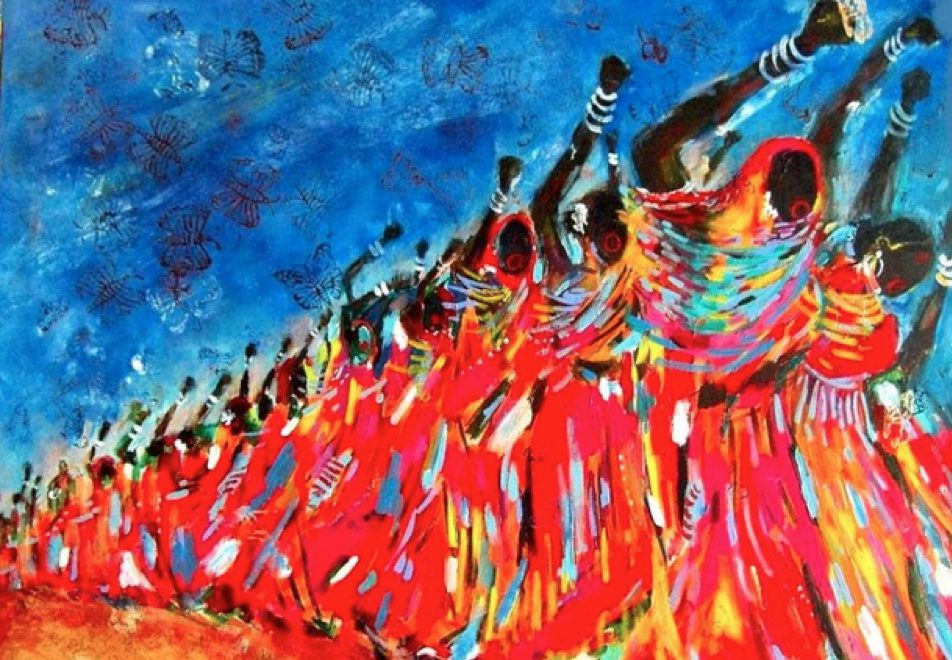 I am a survivor of FGM. There, I said it. Yes, a survivor. Only recently have I come to accept that survivor is not too big of a word in regards to the experience I have had to endure.

FGM is a cultural and social issue which prevalent all over the world from South East Asia to Sub-Saharan Africa. It’s an issue which I feel I have finally come into terms with, having undergone the procedure at just eight years of age. I feel it’s time for me to put an end to the years of staying silent in humiliation and shame whenever the topic was mentioned by my peers. It’s time for me to confront the ‘family secret,’ which was justified to me in numerous absurd ways.

I was subjected to FGM on a family holiday to Sudan in 2005. My sisters and I were just innocent children, thinking we were going to visit our grandma. Little did we know that we’d return to the UK psychologically traumatized and with a part of us removed. At the time, I was convinced by an aunt to have the practice done, to keep me ‘clean’, and to be different from those ‘uncut, dirty, Western girls’. I hate how she took advantage of the fact that I lived in the West to manipulate me in this way. Being just eight years old, of course I didn’t know what the procedure was about exactly until the time came when I had to get cut down there – with no anesthetic to dull the pain.

I still remember sitting through my classes after coming back from my holiday, feeling angry at myself for not running away or screaming loud enough to be saved from the lady who cut me. The flashbacks would intrude into lessons. The teacher constantly hinted at me to focus, and stop daydreaming, unaware of what I’d been through, and the trauma lived with me for many years. I still recall elders in my extended family warning me not to tell anyone about the cutting when I got back and to stay silent for my own good.

It’s only been over the past year or so that I have developed the courage to bring up the topic with my mother. After eleven years of staying silent, I felt that it was about time to confront her. I asked her why she didn’t stop it from happening to me and my sisters when she had the chance. But the confrontation only resulted in victim blaming. My mum told me that I was the one who came running to them saying that I wanted to get FGM done. What sort of eight-year-old knows what’s best for them? How naïve was I to fall for my auntie’s persuasion that FGM is only a small thing done to make me pure! There was a point where the guilt would eat me up. I believed that I was the reason why my two sisters had to undergo FGM. As much as I love my mother, I can’t accept her blame for what happened to me and my sisters, nor for her distancing herself from the situation, back when it happened. Even now, she stands by her view that there is nothing wrong with the practice. I blame cultural conditioning.

Where I stand now

I am deeply grateful for the rise of FGM activism which I see today in the UK and worldwide. I greatly appreciate the role they’ve had in protecting many girls from potentially becoming victims of FGM. However, things are yet to change back home. I believe that this change has to happen from within. Being optimistic in nature, I thought that the practice would be over by now amongst my family back home in Sudan since the lady who performed FGM died four years ago. It turned out I was wrong. I was frustrated to recently discover that it is still being practiced back home, and that my people are not seeing it as an issue which needs questioning, let alone ending. This is a practice which has no benefit, yet people are still trying to justify it in cultural and religious terms. Statistics do show that the rates of FGM practice in Sudan are declining, but of course there’s a limit to their validity, as the practice is still being practiced in secret, due to fear of prosecution. But for the love of God, when will my beloved people see that this legislation is only trying to protect their girls from a completely unnecessary harm?

I’ve never been able to tell anyone or talk openly about my experience, with the exception of my sisters and a few of my cousins. What worsens my situation is that people around me just never expect that I, of all people, have been a victim of such a practice. Until now, whenever conversations about FGM start, I just stopped, and listened, and the flashbacks come back. I remember a time in Sixth Form college, when a few of my friends were discussing FGM and how they were so close to getting it but their parents had stopped it from happening to them. I just stayed silent throughout, feeling anger towards my mother for not stopping such a thing from happening to me.

As a survivor, it’s safe to say that I am now comfortable with accepting what I have been through and not letting it define me. I know now that I have ultimate control of my body. I decide how my FGM experience will affect me. Through putting a voice to my experience, I can only hope and pray to see the days where FGM is spoken about as a thing of the past. Breaking my silence, I hope, is just the first step of many to come in helping to eradicate this unnecessary practice.

Sudanese, 19, and British raised. Currently studying for a degree in International Relations and German. An avid reader in feminist theology and hoping to go about empowering girls and women in future. Also currently working with refugees who’ve recently arrived in the UK.