It was not my fault

I was not, by stigma, a good girl

I don’t wear a hijab over my head. I don’t conform to the standards made by men on how a woman should speak and act. I am outspoken and ambitious and have always been that way. I smoke like a chimney, and drink like a river, and I have a tattoo on my middle finger. I was a rebel in the very conservational environment I grew up in. They call me queen bitch at my Uni because they have never encountered anyone like me.

but that was a compliment.

because I am also a scientist. I am also a leader. I am also an activist. I do my work professionally and my studies religiously. Despite of my unconventional ways, I always help my friends and those in need. I am loved and respected by those around me, and I love and treat everyone equally.

A man raped me last December.

I guess he thought that just because I wore a mini skirt, I wanted to have sex with him.

Just because I had one drink with him, it meant that he could touch me.

I wasn’t even drunk, but no matter how much I tried to fight he was stronger.

After he was done with me he spat at the ground and said that despite the rumors, I wasn’t all that.

He said that I seduced him with my figure.

He said it was all my fault.

and I was broken.

I was not, by stigma, a good girl.

but I’d like to think that I’m a good person.

and after months of depression and self-loathing I decided that I don’t deserve to be treated the way I did.

I decided that no matter how I dress or how I act, I deserve to not be raped, and it was not my fault.

It was not my fault.

It was not my fault.

PS: A magnolia is a beautiful white flower that is bruised by the touch. It immediately turns brown, destroying the flower. 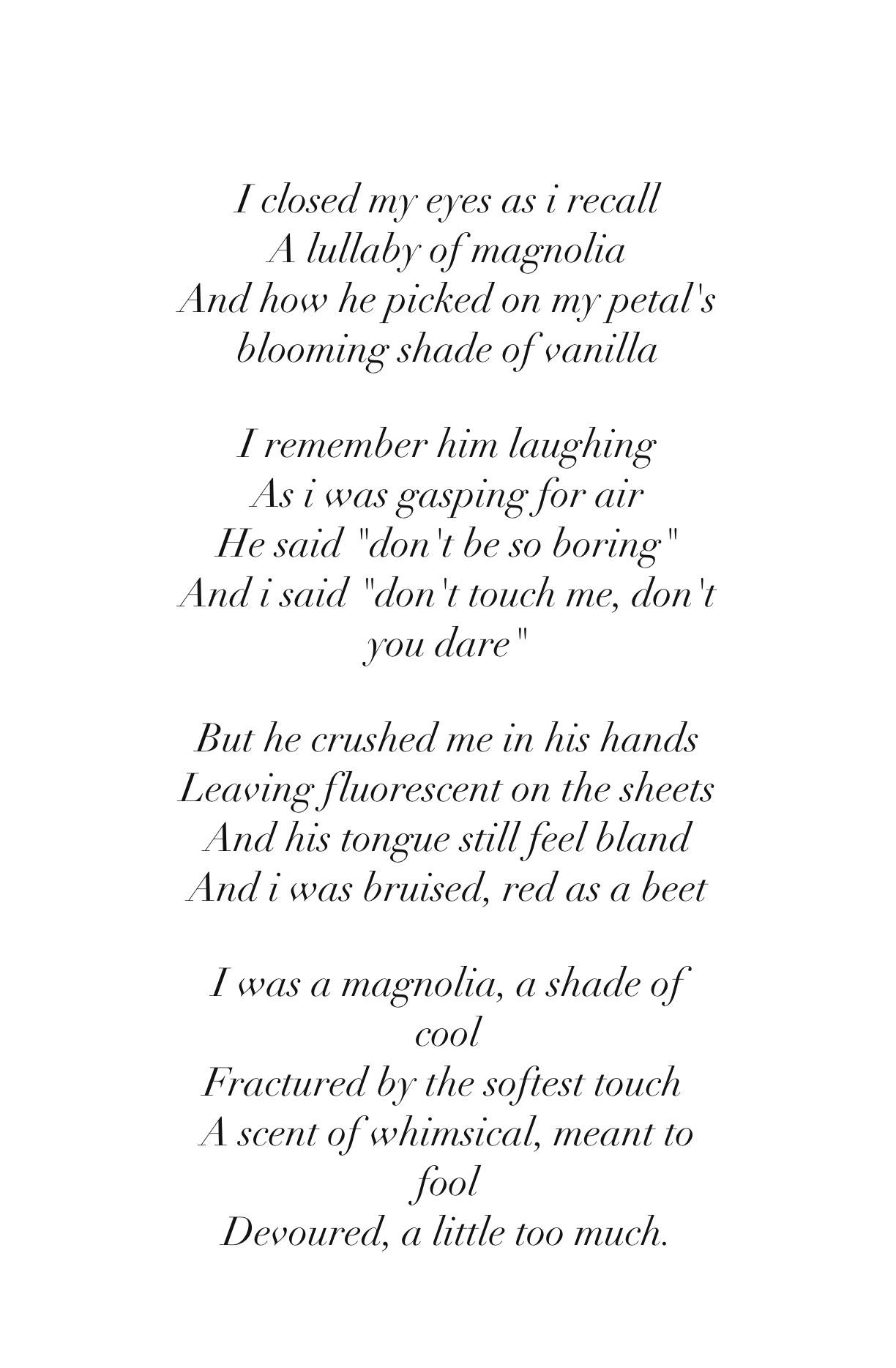 A muslim woman from Indonesia