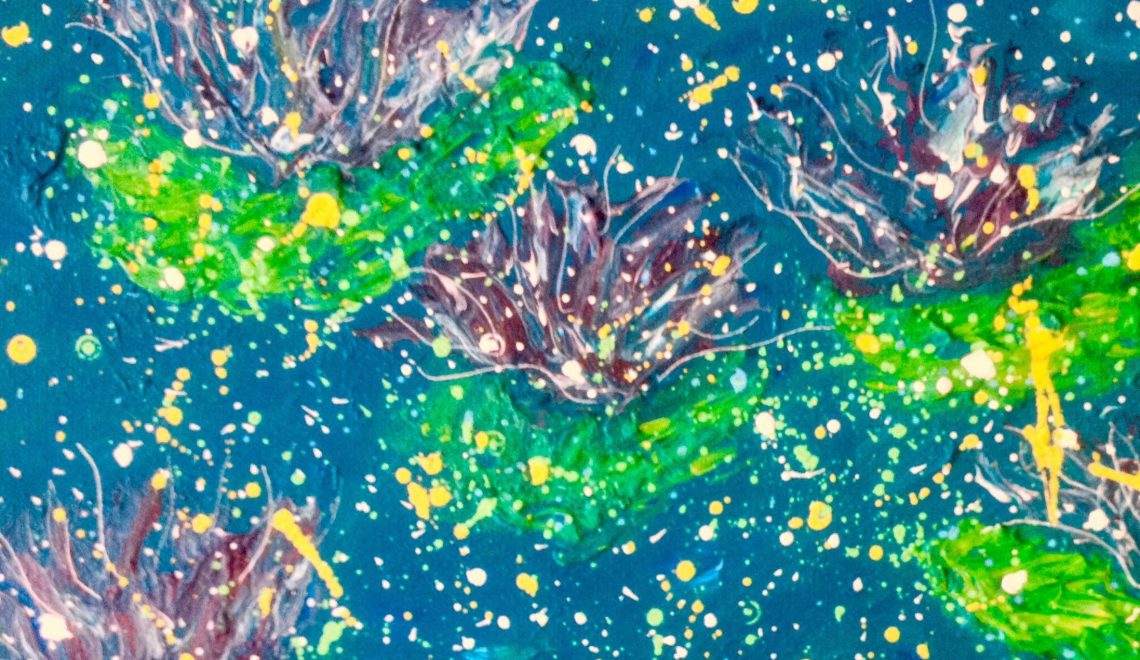 This art collection on Climate Change is entitled Shimmering Climates/Climats Chatoyants. The collection was exhibited in 2015 in Galarie Colombier in the heart of Paris. The abstract artwork is a Salma’s reflection of climates she has visited, some of which have been destroyed by the impact of climate change and others which are still blooming, but could be under threat in the future. 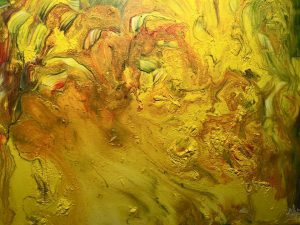 Satellite Sahara depicts the issue of desertification and was influenced by a satellite image of the Sahara Desert. It’s also reminiscent of my travels to Chad where drought has affected thousands of people. 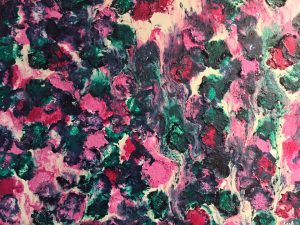 Amazonia Waterfall shows a waterfall in the Amazon in Brazil which is fading away. The world’s climate depends on the Amazon’s rainforests. More than half of it will be destroyed by 2030 if trends in deforestation, droughts, forest fires and global greenhouse gas emissions continue. 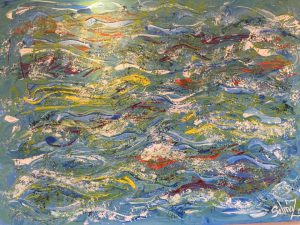 Sea Breeze has been influenced by the dolphins, fjords and nature in Musandam, just off the Omani coastline. This region which is well preserved. It is known as ‘the Norway of Arabia’ for its rich unique flora and fauna.

Underwater Scene: This piece is influenced by the extravagant array of colorful coral in the Red Sea off the coast of Alexandria, Egypt. Climate change alters ocean chemistry and can bleach corals leaving them lifeless. This causes irreversible damage to coastal ecosystems. 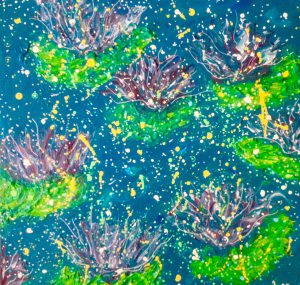 Shimmering Climates (also the name of the collection and exhibition to which these pictures belong). This is one of three paintings inspired by Claude Monet’s garden and house in Giverny, France, and by his Water Lilies series. This painting is an abstract portrayal of Water Lilies seen in Giverny in all their glory. 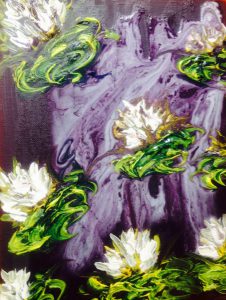 Lily Pods is inspired by Monet’s Water Lilies – but this is a projection of what the future holds if the issue of climate change is not addressed. The painting shows Lily pods in murky waters and shows how the beauty of nature is being destroyed through human neglect. 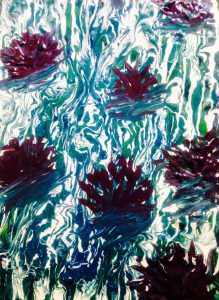 Jungle Lilies – This is the third painting of the lily series – it depicts the waterlilies in full bloom but burnt out and dark in colour, due to excessive heat brought on by the effects of climate change. 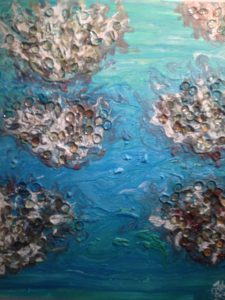 Glass Lilies: Inspired by Monet’s Water Lilies, this painting is an abstract reflection of the Water Lilies in the early days of blossoming and the different layers of the lily flower have been created with recycled materials.