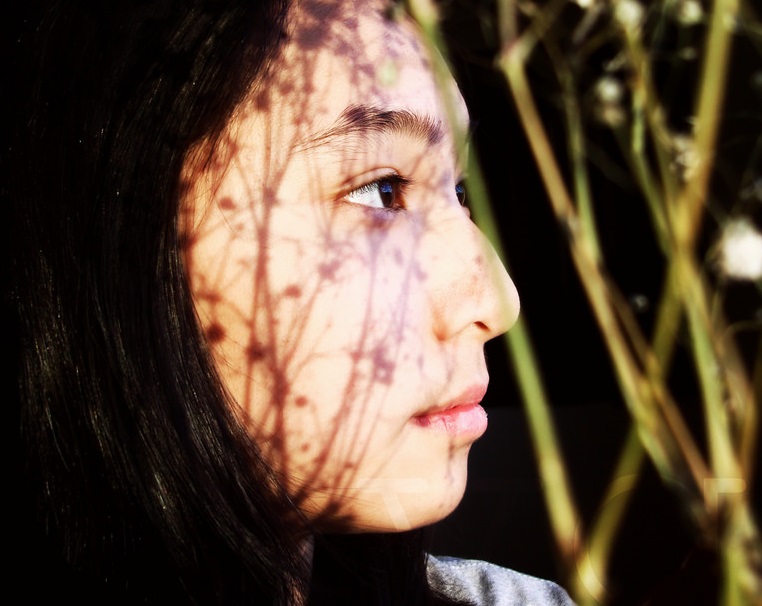 The Echo of her Eyes

I want to share something personal with you – the story of my first Arabic novel, Echo!

Writing that book was necessary. I needed to free myself from my mother’s eyes and their silent echo of pain. I knew, if were to write on issues that really mattered to me, I needed to write her story first.

Three persons narrate the book: my mother, my father, and myself. Each of us is telling the same story from her/his perspective. But it is also the story of Arab society, of the dreams that inspired its people in the mid 20th century, the weathering of these dreams, and of the sad disappointment, resignation, and despair of those who believed in them. My father was one such dreamer.

It was not easy writing it. I wrote half of it in 1997 after I had to take my mother, who was experiencing another collapse, to a mental hospital in Abu Dhabi. My uncle was working at the time as the Yemeni Ambassador there. Given the good quality of its health sector in comparison to Yemen, Abu Dhabi was a natural choice. To help her get accustomed to the new surroundings, I stayed with her in the hospital for several days. It was these days that made me confront what I was running away from for a long time: the story of her sickness.

“Three days and nights! Without a sleep!

I was watching you. You sleep a little then rise in the middle of the night. You move in circles. You move around me. You give me a shoe or a shirt. And you talk – …..– you talk to me as if the words are tied to your tongue with an endless rope. You tell me about the snakes that tried to kill us – you and me. About the God that saved us from their bites. About your love to a man, who is half god and half human… and I … I was watching you…watching you, my brain in flames but smiling to you tenderly, trying to calm you with my soothing words … hugging you when you let me….” (Echo. 2005 Beirut: Saqi Books)

When I came back from Abu Dhabi to Switzerland, something broke inside of me. All it took was one click on the computer keyboard, and the words were simply pouring. I was spitting fire and anger on paper. I wrote for three weeks, writing and crying at the same time. But just as it happened, suddenly I stopped writing. Abruptly silence came again. I felt that I put part of my memory in that book and then buried it alive.

Until he asked that question!

It was a funny story really. A Swiss colleague, a musician and a singer, was working in the same company I worked in at the time- Swissinfo. He was composing songs for his CD, titled Tonight and Only. Given the fact that Swissinfo is the host of journalistic services in seven languages, he had the creative idea to ask one journalist from each service the question: What would you do, if you discovered that you had only six months to live? The idea was to let each respond in his/her own language, and use each voice as a start for one song.

Wädi Gysi came to me. I think it was mid 2001. And he posed that question: What would you do, if you discovered that you had only six months to live?

I was flabbergasted. I do not know why the question rattled me that way.

I remember how I stared at him and said in all earnestly: “Well, I will make sure that my mother is taken care of. My daughter will be fine. She has her father.”

Apparently not expecting such a serious answer – lying at the beach would have sufficed – he paused a little, then responded: “But what will you do for yourself?”

Here I did not hesitate for a moment: “I will write a book”, I told him with such a confidence that it amazed me.

That evening I was thinking: Do I really need to face death to write that book? Slowly but patiently I went back to my forgotten echo. Thank you Wädi!

My voice in the second half of that book was different. It was calmer. It was not raged with anger and pain. It was sad – a sad voice which finally found its salvation in breaking the wall of silence.

There is a reason why I am doing what I am doing today – the main factor has been the silent echo of my mother’s eyes. It was the silence of this echo that has haunted me all my life.  Silence was not an option for me anymore.

Why did I want to publish something very personal that would ultimately cause me a scandal in Yemen?

I guess because it was not personal after all. I needed to find peace by being able to talk openly about our social reality and diseases. I was fed up with our inability to face up to our problems, of taking charge of our destiny, and moulding the future, as we want it to be. Blaming the other for our miseries and malaise was a farce suffocating me.

So I started with myself: Here is my wound, my mother, here is her story, listen to it carefully and then tell me, if we did not have a problem with the way we treat our women! Tell me, if change was not overdue! I needed to find salvation and I found it when I published that book. I hope you will not get offended by the way I describe it, it was as if I walked naked publicly telling my own people, you could shoot me, throw stones at me, you could even tear me apart, but this is who I am. This is how I think. This is how I feel.

I found peace when I broke that wall of silence.

My crime was forever my silence.

I broke its wall today with these lines, shattered it, and felt relieved thereafter.

The letters purified me, washed the blood and pus off my wound. They made me see it for the first time as it is, in its normal size. Then they forced me to respect it, and when I bowed my head in reverence, it vanished in front of my eyes… nothing remained but a scare on my forehead.” (Echo. 200.5 Beirut: Saqi Books)

Dr. Elham Manea is of dual nationalities, Yemeni and Swiss. She is an academic, a writer, and a human rights defender. She has published academic and non-fiction books in English, German, and Arabic in addition to two novels in Arabic. She has also participated in high profile human rights cases in the Middle East and North Africa. In 2010, the Swiss Federal Council appointed her as a member of the Federal Commission for Women Affairs - a position she still holds today. Her latest publication is Women and Shari’a Law (London I.B. Tauris), which deals among others with the Shari’a councils and women’s situation in UK. http://www.elham-manea.com