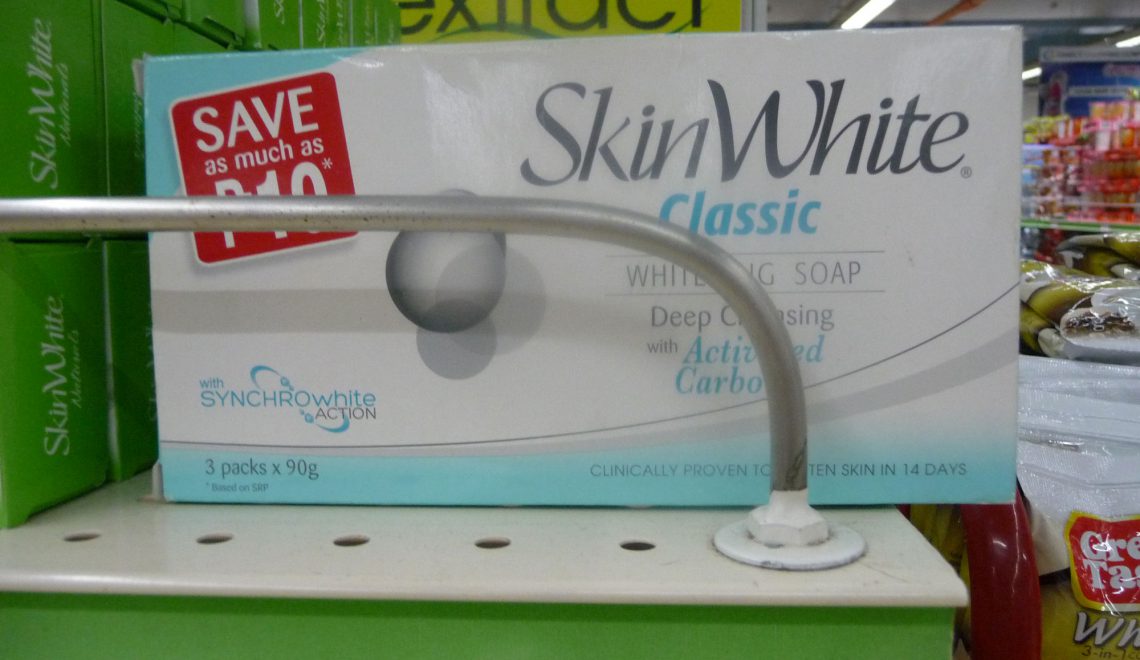 ’Fair and Lovely’ and colourism. Oh My!

Growing up as a Pakistani American girl who loved playing outside, whether it was running through sprinklers or riding bikes, it never failed to crush my spirit when my mom told me I had to wait several hours to play because the sun was too bright. Being so young, I did not understand why it mattered if I got a tan or not. Who cares? But now that I am older, I understand, and I realize how ignorant the suggestion is since it is rooted in colourism: the idea that light skin is beautiful and attractive whereas dark skin is ugly and unwanted. These toxic ideals are instilled in us from childhood and continue to be perpetuated by our families, society, and the media throughout our lives. I still remember begging my mom to let my friends and I swim in the afternoon hours at my aunt’s house since the water was warmest then (‘but the sun shines the most at this time,’ she would say), and afterwards my grandma would play a ‘game’ of seeing whose arms got the darkest. I cringe thinking back on how normal it seemed then, to compare our skin colours and laugh at how many shades we had tanned.

Viewing darker skin as something out of the ordinary, unnatural, and against the norm is an experience that I and many other South Asians have gone through. In Bollywood, virtually all of the actors and actresses are light-skinned, despite the general population being darker. It is no secret that makeup and editing play a role in enhancing the illusion of light skin even though the celebrities themselves may be much darker. Representation is very important, seeing only fair-skinned people in movies and media takes a toll on everyone’s self-esteem, especially women. Beloved Bollywood actresses like Aishwarya Rai, Deepika Padukone, Priyanka Chopra, and others have recklessly endorsed skin-whitening creams which further encourage colourism. These skin-lightening creams, lotions, and potions such as ‘Fair and Lovely’ are constantly advertised in South Asia and no one questions it. Buying skin bleach is like buying a loaf of bread; a necessity. In fact, an article from The Guardian notes that ‘The cosmetics industry has traditionally relied on convincing people that they are incomplete without a particular product. Yet, unlike makeup or fake tan, skin-whitening creams base beauty on a racial hierarchy, fuelling intolerance and causing serious social harm.’ The association between fair skin and beauty must be broken. Too many lives have been ruined because of the toxic mentality behind colourism. We tell our girls that they will not get married because of their skin colour, when instead we should be teaching them to focus on bettering themselves. When we worry more about the amount of melanin in our skin rather than the amount of love we hold for ourselves, there is a serious problem.

Light-skin privilege is similar to white privilege in the sense that more opportunities are granted to those whose skin shade falls within the ‘acceptable’ spectrum. People with lighter skin are viewed as more educated, better-behaved, and are therefore favored more by employers and society in general. I have heard stories of light-skin women from the Black community notice how they are treated better than darker-skinned women by their peers, the police, men, and so on. It is no question that white supremacy and colourism have a strong overlap. Both place light skin on a pedestal.

Arguably, the roots of colourism in South Asia began in the 18th and 19th centuries with British colonial rule in India. Eurocentric beauty ideals stem from Britain’s presence in the area as they reinforced the caste system within which people from higher castes and power often had lighter skin. There is also a socioeconomic perspective, since those of higher class had the luxury and privilege to stay indoors and relax rather than to labour outside under the hot sun. The effects of decades upon decades of these mentalities continue to manifest themselves today in modern society.

Colourism is not unique to South Asia. It also exists in African American, South American, and East Asian communities. It is a harsh reality that millions of people, men and women, old and young, view themselves as less worthy due to their darker skin. The funny thing about this is that many in the West crave tanned skin and a ’sun-kissed glow’ whereas we hide from the sun, not allowing its rays to shine down on our bodies.

I am willing to do what it takes to live in a world where dark bodies are seen as just as beautiful and magnificent as any other. Are you?

A junior at UIUC majoring in Social Work and minoring in Sociology who hopes to fight ignorance through education and discussion. Enjoys scary movies, food, and photography.