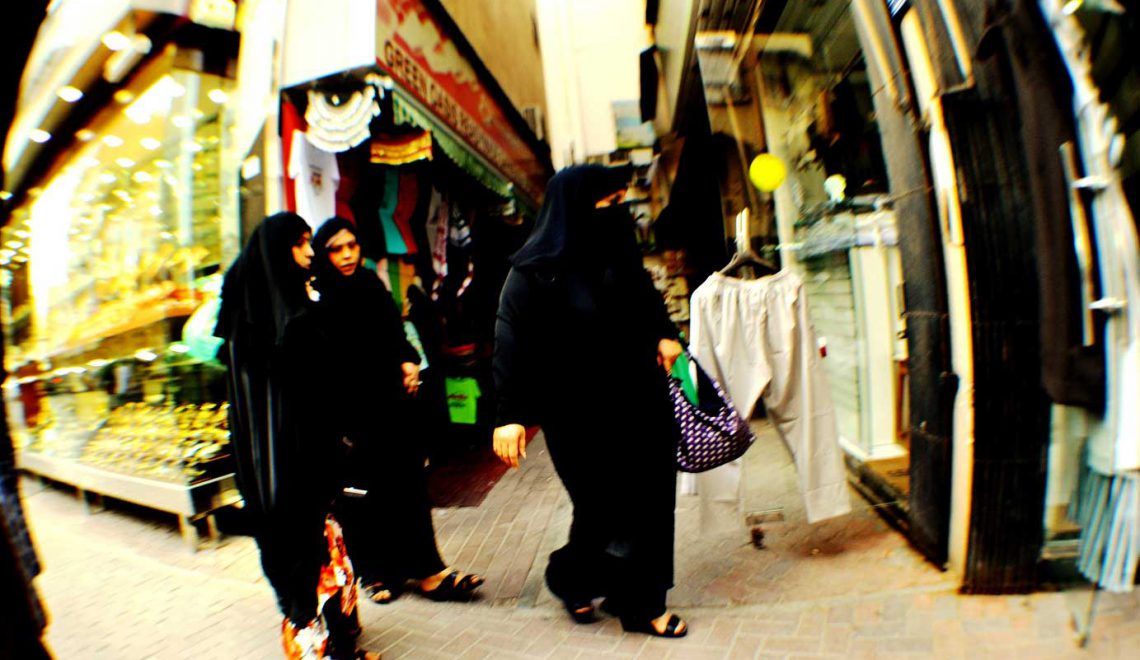 17 years later, Burqa-free for a week

When I had to recently fly to a little Dutch village via Dusseldorf from London, it reminded me of my trip to a village on the outskirts of Munich last year. Feeling peckish after a walk, my friend and I walked into a café around 4pm, afternoon teatime for the seniors. As I entered the café, their faces turned pale as if they had seen a ghost. The expressions swung from horror to disgust. None of them made an effort to hide this—they made consistent eye contact despite my friend and I having a very relaxed body language, laughing and chatting as any friends would.

45 minutes of being stared at with nasty looks. It stays with me.

So when the opportunity came to go to another smaller village, for the first time, I felt concern for my safety travelling alone. I decided to turn the opportunity on its head by making this my social experiment.

What would it feel like to not wear a burqa/hijab after so long? Will people behave differently? Will it feel strange to be treated differently, maybe more humanely? What will the outcome be; can I predict it or will it surprise me?

The burqa is a practice in our family, a cultural requirement justified by religion. I have seen my mother, sisters, aunts, grandmothers, cousins wear this and found nothing exciting, surprising or revolutionary in it. But at 17, being tomboyish, I dreaded wearing this. It simply wasn’t who I was.

The Burqa, in the Indian context, refers the combination of a black cloak and head cover. There is no single way to cover as a Muslim woman, and the terminologies to define the coverings are not uniform either. In my village in India, the earlier form of covering used to resemble an Afghan-style burqa. Later, when people from the village migrated to the Arab Gulf region in the 70s, the men brought back the local women’s fashion and style of covering and therefore, the style of the burqa evolved, but it remained a ‘burqa’ for us.

Yet, having no choice, I wore it. Over the next few years, it evolved into a tender, most unlikely friendship. During the teen years, in the middle of the peer pressure storm, I found refuge in the antithesis of cool. I hated it because of how others perceived me: uncool, orthodox and boring. I was none. Growing up in Dubai, there was nothing unusual about it; women went about doing things they did and nobody stopped them to question their capabilities because of an extra layer of clothing on their body.

When I moved to London in 2010, I did not expect the complexities this burqa would land me in. I remember meeting a Twitter friend in person for the first time; we had decided to meet at a Pret and while our messages communicated that both of us were at the place, I found her looking through me. I waved at her; she looked surprised. Later, she admitted that my Internet presence and voice did not match with my burqa identity. “I would have never guessed this was you,” she said.

As the media grip on the Islamic narrative got harsher, with ISIS leading the pack, the judgments only got worse. It was not just non-Muslims who were public in their disdain for the burqa, and consequently, towards me, but it was increasingly becoming difficult with Muslims too.  The open-minded ones with the yardstick of no-hijab told me to take my burqa off because it was a backward practice; many chose not to talk to me.

In short, some of the common reactions I faced were: people stopping me on the streets to tell me how they hate what I wear, people telling me that I am very conservative and cannot participate in intellectual discussions because it was a ‘sign of stupidity’, people avoiding sitting next to me on public transport, people staring at me in disgust while I sipped coffee in a café; a group of young guys once on the London Underground (with their booze concealed in black plastic bags) took out a vodka bottle and brought it to my face asking me to ‘drink it up, cheers’. Nobody stopped them. In Berlin, I was swore at. In Washington DC, a girl hid behind her mother when she saw me. At airports, I am pulled aside for ‘random checks’ and even told that my perfume was swabbed to ‘check for explosives’. At shops and restaurants, people laugh and have banter with customers, until I show up. Then, a quiet stern face quickly gives me my change in silence. I remember returning home in tears once when I was registering at my new surgery (clinic) and the nurse yelled at me for being late (for which I profusely apologized) and said that ‘women like me’ don’t have a mind of their own and ‘never step out of their houses’. When I spoke to friends about it, they simply shrugged it off and said this was normal. I never filed a complaint.

There are many other incidents that have slipped through the cracks in memory. A friend tells me that she is furious to know how people behave with me. But, I am not angry. Somewhere in asserting my identity, I lost the privilege to be upset, quiet, withdrawn or even, angry. I often wondered if I have institutionalized tolerance, which surprisingly, is not a terribly positive feature.

On the morning of May 30, I decided to step outside without wearing my burqa. The awkwardness around not wearing it lasted only a few minutes. As soon as we drove out of our street, I did not feel conscious of not wearing an extra layer. The problem with wearing the burqa/hijab is that when you remove it, you are doused with judgments and even scorn. Muslims around my neighbourhood who don’t cover will still give judging glances and take any opportunity to question why I have not worn the burqa. The awkwardness stems not from within—I am not that accustomed to it in these 17 years as I had previously thought—but the fear of judgment lies with others. I dreaded the burqa then because of how others perceived me and 17 years later, the same concern still remains.

When I got to the airport, I was immediately struck by how invisible I was. There were no stares, repeated glances or tensed faces. I was walking through it and nobody shot me looks. Some even smiled. As coincidences happen, that day all flights to Germany were delayed because of a combination of bad weather and a trespasser at Cologne Airport leading to evacuation of a terminal and temporary suspension of flights. But in the waiting area at Heathrow, fellow passengers chatted with me, discussing the delays and what they would be missing by reaching late, they laughed with me and sat comfortably next to me. That this was radically unusual is an understatement.

Standing in the short queue to enter the plane, my mind was buzzing with questions. I asked myself, “Do you really feel free without the burqa or are you trying to convince yourself that you do?”

While enjoying the anonymity at the airport, I had forgotten that I was not wearing a layer that I had grown accustomed to. People bay for the burqa’s blood, thinking that when one stops wearing it, everything becomes okay and society has been saved from the throes of backwardness. I felt nothing that dramatic. Physically, contrary to my own predictions, I felt no different (read: free, liberated) without wearing it. It reminded me that the person that I am, the burqa is not a limitation on my mind. I also understand that this is my story and there is the privilege of a rational, open-minded upbringing and there are those who might feel opposite to what I have. But it stems more from a conservative family cutting one’s wings. For them, family transplant must be a viable option.

Throughout the week in The Netherlands, I was grateful that I did not have any obvious markers of Muslim identity on me. It made me feel safe in instances where I would not have felt so. My most vivid takeaway from this experience is the power and luxury of invisibility. I could use more of it.

On the journey back, I found a creep leering into women’s t-shirts and clothing at the airport. That was a very different kind of unsafe that I felt. When women talk of being judged and attacked for what they wear, this moment came as a small reminder of the other reality.

I don’t know how to sum up this experience. There were unexpected realisations and observations; but this commentary reflects not my choices and their justifications—it was never about me. This entire experiment revealed that this conversation is about others, people who don’t necessarily cover or perhaps, even follow Islam; people with completely different religious and cultural upbringing trying to paint a bridge to understanding The Other but instead of giving them a chance, refuse to accept their position. The reactionary fear is not my problem, it is theirs. Yet, I am the one who constantly adjusts, adapts, shuffles and tries to contain myself in ways that I don’t threaten or provoke the prejudice in others. That we can make different choices really shouldn’t be such a surprise. That women are judged harshly either way isn’t a surprise either. Binary viewpoints exist only in a bigot’s dream.