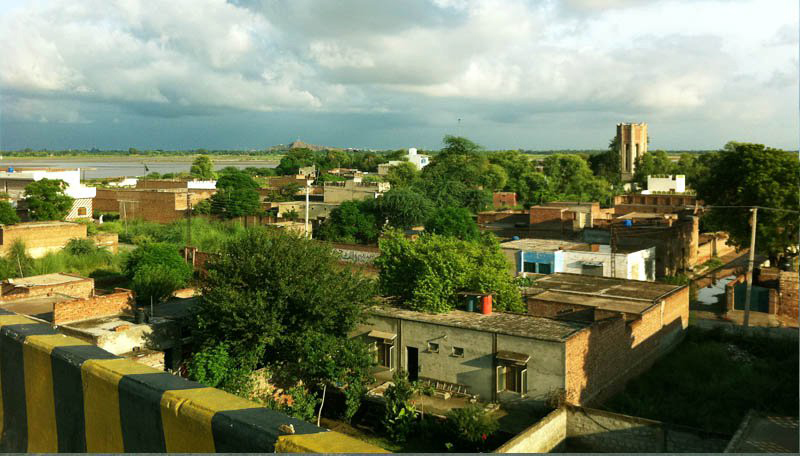 No, it’s not safe

‘No, it’s not safe,’ my mother used to tell me when I asked to join her as she taught the Holy Qur’an to small children in remote areas of Rabwah, Pakistan. I wondered what exactly was not safe. Innocently, I believed it was just an excuse so she would not have to take me with her. One particular evening I begged my mother to take me with her, and she finally submitted to my request. I recall sitting in a motor rickshaw, so happy to finally take this adventure and get an opportunity to make new friends.

The location was in a remote area and a place my mother and her friend would reach shortly after their work day. The entire neighborhood’s children were gathered there standing in line waiting for their chance to learn how correctly to pronounce the Arabic words of the Qur’an. An hour had passed, and only half of the children had their lesson while I played. I then noticed a woman coming into the house. This unknown woman’s disheveled appearance and anger was clear, as she shouted that we must all vacate the premises immediately.

I was frightened by her hostility. She repeatedly yelled at us to hurry and leave. Even though her voice was loud and firm, she respectfully kept referencing my mother as Baji which means sister. I was utterly perplexed as to why she was shouting, yet at the same time extending such respect to my mother as she yelled, ‘They are coming Baji, leave!’ Diligently we packed up and were escorted by all the adults to a nearby rickshaw, my eyes never seeing who ‘they’ were  ̶  seeing the only fear in everyone’s eyes.

My mother and her friend recited prayers the entire trip home.  As we reached home, I inquired who “they” were and my mom told me that the non-Ahmadi mullahs (clerics) of the area had incited the people around them, and that they were coming towards us to hurt us since we were Ahmadi Muslims. I realized that this was the reason why my mom would insisted that it was not a safe place for me. This was my first encounter with the idea that Ahmadi Muslims were not safe in Pakistan, and the reason we had to leave a place we once called home.

As a result of the continued persecution, we moved to America. Thinking it was safe, I became comfortable with announcing that I was an Ahmadi Muslim. Yet I was recently reminded of the fear of what happens when people know you are an Ahmadi Muslim, even if you reside within Western society. Headlines throughout the world spread of a Muslim killing another Muslim after Easter, this year for the ‘crime’ of wishing his customers a Happy Easter. Details revealed that Asad Shah was brutally martyred outside of his shop by Tanveer Ahmed in Glasgow, Scotland, a country to the north of the United Kingdom. Ahmed claimed to have taken Mr. Shah’s life for the sanctity of Islam yet those familiar with the intolerance in Pakistan for Ahmadi Muslims knew that the real reason was that despite Mr. Shah being a respectable member of society, it was also because he was an Ahmadi Muslim.

My heart ached to read that the family of Mr. Shah currently lives in fear for their lives contrary to the teachings of the Holy Prophet Muhammad (peace be upon him) as well as the laws of the religious tolerance within Scotland. As Muslims, we are informed that the Prophet taught that everyone should live in peace with one another no matter the religion, race, or creed but sadly all we seem to witness are self-motivated mullahs corrupting the minds of Muslims and inciting violence. Intolerance has been drilled into the minds of fellow Muslims by these power hungry clerics.  This mindset has now has gone past the borders of Pakistan. Sad evidence of this mentality was further noted a few days after Mr. Shah’s death at the Stockwell Green mosque in South London. Leaflets calling upon people to ‘Kill Ahmadis’ were found and circulated at the mosque, which has ties to the Khatme-Nabuwwat group based in Pakistan. And despite the confrontation with the authorities, Muslims in leadership positions have chosen to follow the path of extremists in maintaining that Ahmadi Muslims do not have the right to be considered Muslims.

Silence to this intolerance has repeatedly proven deadly. Intolerance for one another is a corrupt, self-motivated agenda. We need to confront the branding such agendas as ‘Islamic’. This unnerving indoctrination of zero tolerance for Ahmadi Muslims should be uprooted from Pakistan. Muslims should desire to end the sectarian hate for each other and peacefully coexist to show the real face of Islam. It is now time for the majority of Muslims to speak out against the injustice that tarnishes the very religion they hope to defend. Only then will children be able to grow up without the fear of being killed, simply for holding onto what they believe to be true.

Ramlah lectures on Islam and serves as a social media associate for the True Islam and Extremists campaign. She is a distinguished graduate of U.C. Berkeley, a beloved wife, and treasured daughter.