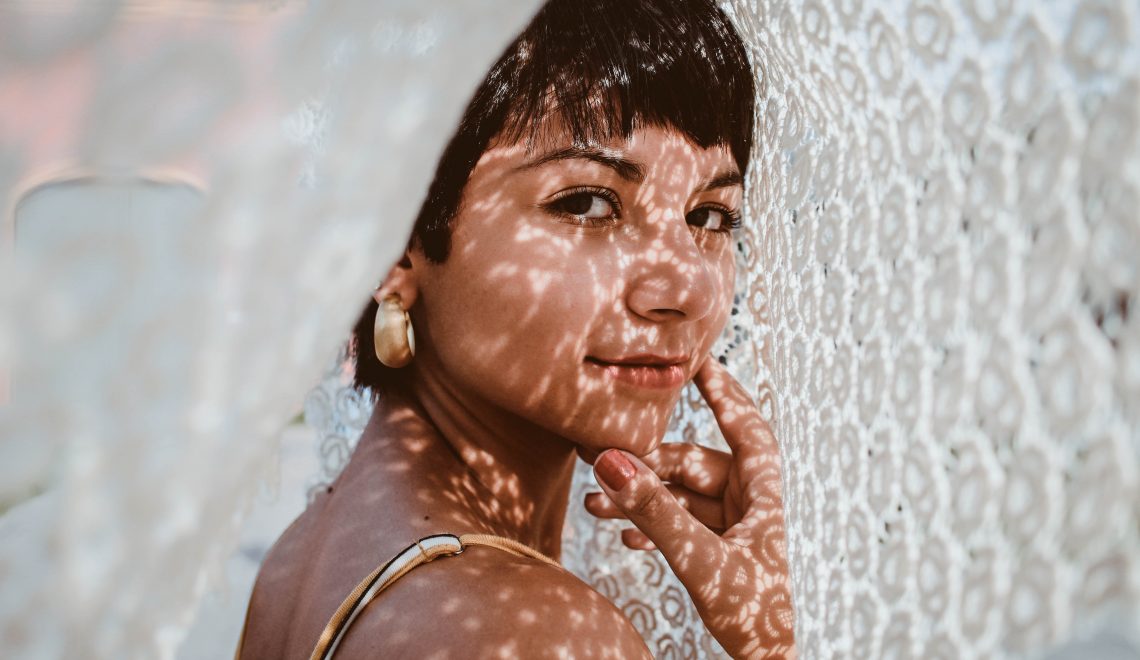 Why I removed my hijab for a day

Born in Britain to Lebanese parents with Persian and Meccan heritage, I was brought up within a very conservative and orthodox Muslim family. One could describe my family as being strict Muslim. But for me as a child, it wasn’t strict: it was just Muslim. It’s what I am. I never questioned it and never thought anything of it, because I didn’t know any different. The do’s and don’ts were prescribed to me and I accepted them, as of course, my parents knew what was best for me. Part of my routine was hijab, which was always a very important part of my life. I can’t remember exactly when I began to wear it, but I know I certainly wore it before my 8th birthday. Again, it was no issue. It was just part of who I was, just a matter of fact. I remember being asked in school why I wore it, and I could only answer that it was because I was Muslim. But that didn’t answer the question. Why did I wear it? Well I guess, because my father told me so. Okay, but that still didn’t answer the question that people were getting at. What they really wanted to know was what was the reason for hijab. It was then, still at Primary school, that I began to think about and question why Muslim women really wore hijab.

I later learned that it was for my own protection. It was part of modest dressing that prevented me being seen as ‘sexually attractive’ by the opposite sex. Yes that’s right, I must cover myself so that I don’t endanger myself and bring upon me any harassment. For if I didn’t cover up and I was harassed, or worse, then it would be my fault. The apparent fact that my hair could so brazenly seduce men beyond their control seemed a little absurd when I thought about it. Especially so when I’d be told by family and other elders that a tiny piece of hair shouldn’t even be showing. No hair whatsoever. And the Hijab should also cover the neck and ears too. That meant no earrings or necklaces, which as a child I so loved. 🙁

Before I started Secondary school, we moved away from the busy, cosmopolitan city that I was born in, to a quiet sleepy rural town. It was a huge culture shock to me as there was no Muslim community, and I, or rather my hijab, stood out like a sore thumb. Being isolated from a large Muslim community somehow made me focus more on my faith, and I became very devout and dedicated. The questions about my hijab at school continued. My covering up lead  me to become isolated from other pupils and I was largely made to feel like the odd one out. I was never allowed to wear shorts or a t-shirt for sports for example, nor was I allowed to shower with all the other girls after P.E. Although it was initially connected to practical issues, a slow distaste for having to wear hijab, being forced to wear it, began to brew deep in my tummy.

My early teens were distant from all the other girls and I only had a couple of friends. I was strictly told not to befriend the kuffar (non-Muslims), as they would lead me astray. I didn’t want that. I observed them from a distance: they wore skimpy clothes, went to parties, some smoked and flirted with boys. I abstained from becoming involved in all of this, firm in the knowledge that I was pleasing my Lord, even though I myself was not pleased with being made to be different. In my late teens, we moved back to my home city. It was such a relief. I felt much more at ease. The hustle and bustle of the community, hijabis everywhere, neon glowing ‘100% Halal’ signs, minarets and domes peppered the streets, and the good old Muslim jargon within earshot that I had so missed. I was finally away from the fitnah (unrest). Back to being comfortable amongst fellow Muslims, and no longer being the odd one out. No longer ‘that Muslim girl’. However, I was in for a bigger culture shock. Being back in the hub of a Muslim community, as a young adult now, I was quickly brought up to speed on the duties of a Muslim woman, which I had been oblivious to as a child. There was a real expectation that we had to live up to. If we didn’t conform to that, then we were apparently on the wrong path. This micro-society forced its people to live a certain way, for fear of what others might say. Not by physical force, but mentally, through guilt-tripping and slut-shaming. Soon, everything became haram (forbidden). Don’t do that it’s haram. Don’t do this it’s haram. Don’t even think about that, it’s haram. This was all controlled by men of course, but it trickled down to the women too. They peddled the rules of what it meant to be Muslim, and if you didn’t conform to that then you were somehow a loose woman, not properly Muslim. One of the clearest and most visible signs of being a ‘pious’ Muslim woman was Hijab. I found that a woman’s morality was judged by if she wore hijab or not. A hijabi was of course very moral and considered a sister, whilst a non-hijabi was looked down upon, apparently not dressed appropriately and was never addressed as a sister. I soon realised I was becoming a victim of this society. That I did what I did because I had to. I thought of all the times hijab and so-called modesty had stopped me doing what I wanted. I began to wish I didn’t have to wear it.

My disdain for this forced hijab grew, and I slowly found my voice on social media. It gave me confidence and a platform to voice my opinions. I was actually surprised by the amount of  Muslim women that also shared the same views. How sick of being controlled they were, how sick of being told what to do, how to dress and the constant judgements. Then my opportunity came. Just by chance I stumbled across No Hijab Day. No Hijab Day was started by Iranian women who were protesting against the mandatory Hijab by removing their hijab and taking pictures. It was not merely to show their hair, but rather, to show that they opposed the male dominated culture, the controlling misogynist rules. To show that they are no different to any other women, that they wanted freedom, that they weren’t defined by a piece of cloth.  A sort of coming out and screaming ‘hello world!’ No Hijab Day, was the opposite to World Hijab Day – which encourages women to wear hijab for a day in solidarity with those who are banned from wearing it, or experience hostility for doing so.

No Hijab Day encouraged those who wear Hijab to come forward and show support for those who are forced to wear hijab – either by a governmental regime or by society – by publicly removing their hijab. This initiative really resonated with me. Although different to a law being imposed by the state, the pressures from family and society are forceful enough. I decided to show support for these women. It was the least I could do. I owed them. I owed myself, and the countless many who don’t have a voice, for those whose daily life is constantly controlled by misogynist men through hijab. For those who are never good enough for not covering up enough, and for those who have been victims of physical attacks including having acid thrown on their face for not wearing hijab. Hijab, a piece of cloth. Isn’t it amazing how a piece of cloth can dictate and define so many lives? And even more astounding that it can ruin so many lives. A piece of cloth.

The backlash on Twitter for removing my hijab was huge. I was threatened, told I was a kafir (unbeliever), that I would burn in hell. I received a lot abusive and hateful messages. Mostly from men, who weren’t even practicing their religion in any case. There were also plenty of young Muslim women who hurled abuse at me, and I found it odd that I was being ‘schooled’ by these young women, some of whom didn’t even wear hijab. All because I publicly showed my hair. Let that just sink in a moment: for showing my hair. However, I did receive a surprising number of private messages from Muslim women who also felt trapped and controlled by hijab, and that was very encouraging. I digested all this ‘feedback,’ and it firmly cemented the position of hijab in my mind. That’s when it became just a piece of cloth. Nothing more. I wear it now merely as a symbol, but it is not sacred. It doesn’t mean anything. It doesn’t define me. I wear it with whatever I wish; strappy tops, skinny jeans, heels, or I don’t wear it if I don’t wish. And this is exactly the position I’ll keep until the next No Hijab Day, when there will be more support, and this issue of forced Hijab will be highlighted again, Inshallah.