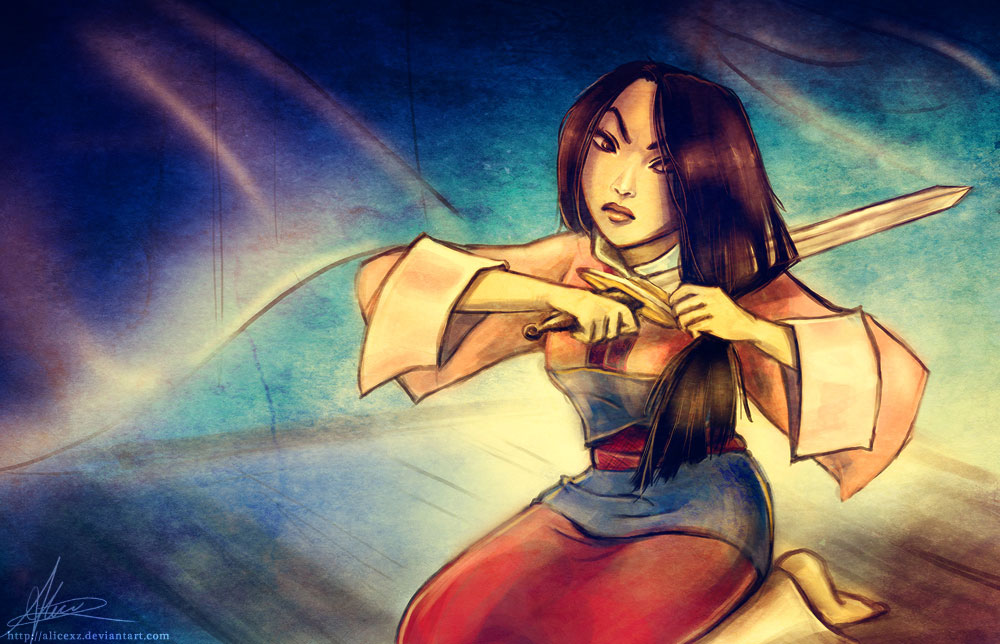 As I was growing up, Mulan was my favourite movie, because she understood what it meant to look in the mirror and wonder ‘Who is that girl I see?’

And though I longed to be Mulan, I was taught to sit around like Cinderella, waiting for my Prince Charming to set me free

You see, I grew up being told that my worth was contingent on marriage.

That being a doctor would only have meaning after I wed, as if saving a life would mean nothing until I allowed a man to ‘save’ mine. That becoming a lawyer would not be respectable for a woman, who should learn to speak less, and that having an opinion was acceptable only when it was confined to my own bedroom walls. I grew up being told that instead of focusing on saving the world, I should learn how to clean. That ending world hunger meant nothing, if my husband wanted dinner.

I grew up being told that my innocence was my self worth, until I believed it: that it was my golden ticket, which would attract the highest bidder who would set me free.

So when I dropped out of college, and got married to the ‘perfect’ man, who would leave me 4 months later, I died, and yet no one showed up to my funeral. No one understood why I cried for 5 months…why the sky fell, why I didn’t want to get out of bed, why I thought I was broken, why I hated myself, that I had failed at happily­ever­after, was damaged goods, faulty mechanics, why I didn’t want to wake up in the morning, why I begged him to think again because I loved him and I’d be better, why I kept apologizing and apologizing – for what I still do not know… but I meant it…because to be unmarried and deflowered was not valuable, to be a woman without a man was to be non-existent…

That is what happens when you tell a girl that her worth lies in men and that everything that is lovely and beautiful and magical about her is dust in the wind if there is not a man by her side to collect it.
That to men her intelligence is intimidating, her aspirations dominating, and that being smart and speaking out will leave her alone.

Don’t get me wrong, getting married is a beautiful thing, but a man should never be more than an addition. He is a paint stroke, not the masterpiece. The cherry on the dessert, not the main course, a vein running through the arm not the aorta.

I still spasm when I remember how I wanted his last name so desperately, how I wanted to no longer be my own person but an extension of him, how the sound would roll off my tongue like sweet honey­warm summer’s day, how I dreamt of the sons I would give him, who would look and speak like him…but he did not give that to me. And though I cried and longed and fell into darkness when he abandoned me. I thank him.

Because at that empty funeral, I lay six feet under only to crawl out from within the soil to realize that I am my own King. Master of my own destiny.

I learned to walk alone. To move forward with my aspirations without the pretence that my ambitions were merely distractions filling the time until a man entered my life.

I learned to move confidently, that my opinion of myself superseded the opinions of others. That my hardships defined me. That my instincts and thoughts demanded attention without the seeking of another’s approval. That the personality which was birthed in my mother’s womb was not a defect but a gift. And if being myself would cause those dearest to me to cast the first stones, than I would die with my head held high amidst rubble which would become the defiant tombstone which read ‘here lies an authentic person’.

I will learn to be happy on my own. To once again learn how to speak, so that I can remember the sound of the voice of the girl who had been conditioned into muteness. So that I can finally I look into the mirror and recognize my own reflection…

Amani is a Muslim American blogger with an all-consuming passion for writing. She considers herself an extrovert who is secretly introverted, and is a self-described activist and lover of humanity. With two degrees under her belt, she is currently pursuing her aspirations of becoming an international law and human rights attorney.