The Burden of “Honour” 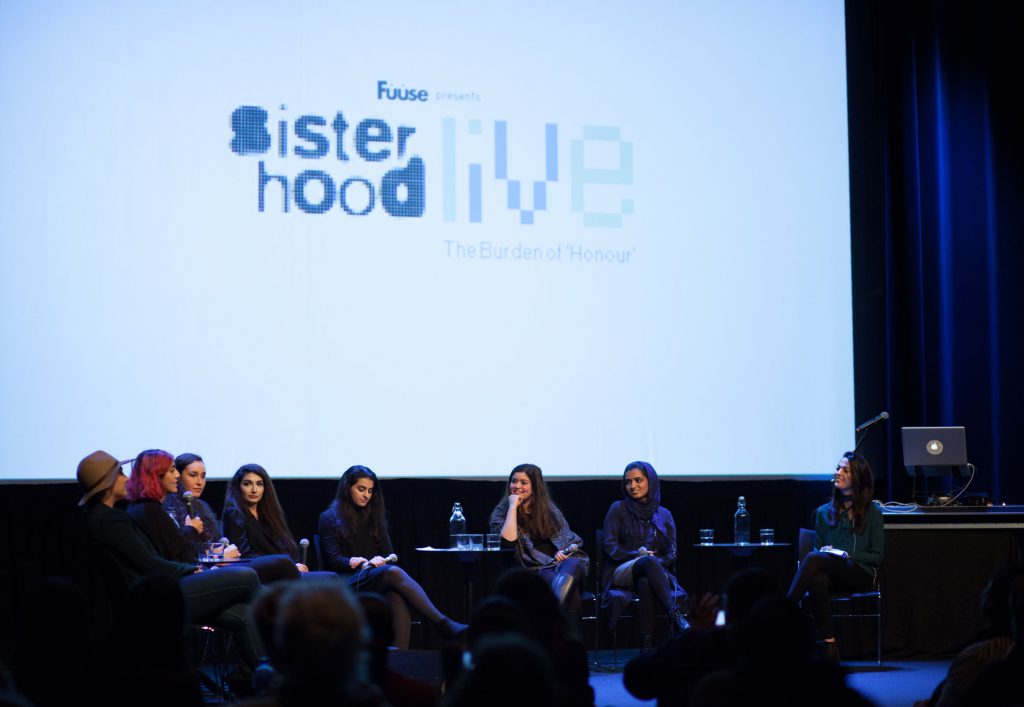 The Burden of “Honour” was the first sister-hood live event.

It was hosted in Oslo in 2016, produced by Fuuse and moderated by Afak Afgun, managing editor of sister-hood. The conversation featured young Norwegian women of Muslim heritage who discussed the topic of ‘honour’ and social control within their communities.

Together, these young women debated the impacts of the expectations of their families and communities upon their lives, as well as the positive and negative effects of the growing recognition of ‘honour’ as a form of violence against women.

The event also featured a live performance by Senegalese artist Sister Fa, who campaigns for women’s rights and the abolition of FGM (female genital mutilation). 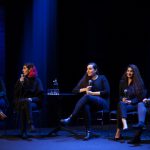 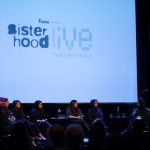 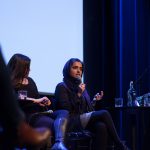 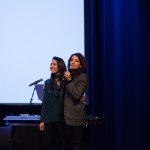 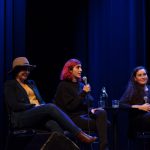 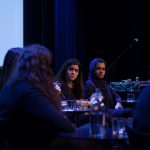 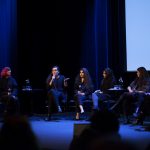 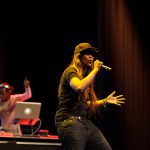 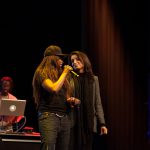 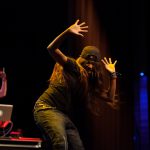 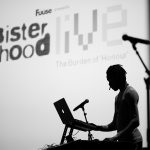 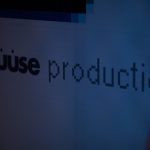 Afak Afgun
Moderator
Afak Afgun is a Norwegian Pakistani. She is a student of cognitive neuroscience at University of Oslo. She works as an occupational therapist and is the managing editor of sister-hood magazine and an outspoken activist on the challenges of patriarchy, honour and misogyny. Her writings on these topics are based in the power of personal narratives. Her recent articles on her exclusion from her father’s funeral and her ordeals in the ‘marriage market’ have been featured by mainstream media including BBC’s Woman’s Hour and AftenPosten.
Linn Nikkerud
Linn is half-Norwegian and half-Moroccan. She believes that women need to speak out, and not let others define their reality. She is studying law and hopes to be able to help women confronting the problems of ‘honour’ and social control within their communities, and to create dialogue within communities and households that challenges expectations around women’s roles. She is inspired by people with integrity and by the message of Islam. She has recently appeared on Norwegian television and has written in Aftenposten on the topic of veiling.
Namra Saleem
Namra Saleem is an essayist, author and a multi-instrumentalist for the slackerpop band Level & Tyson. She is the author of the Young Adult novel “I morgen vi ler” (Tomorrow we laugh). Namra enjoys Punk Islam for its basis in self-definition. She thinks that one of the best ways to fight for freedom is through expressions of creativity. She has worked as a journalist for almost ten years.
Florence Mahfouz
Florence is 23 and works with refugees. She thinks it is important to explore difficult subjects, especially those which reflect negatively on minority communities in order to create change. However, she is also aware that violence against women can feed into ethnocentric and prejudiced narratives. She is inspired by Middle Eastern poetry and Islamic literature.
Mahira Karim
Mahira is 21 and studying International Development Studies. She is highly invested in the subject of honour, shame and social control which she relates to structural violence, the undermining of girls’ autonomy and lasting unhappiness. She thinks that the doctrine of honour must be challenged at the ground level through work within communities, families, mosques and through creating dialogue.
Nancy Herz
Nancy Herz is a 20-year-old activist with a Lebanese background. She is a student of law, with a passion for human rights, and is an IB-alumni. She is a regular columnist in Aftenposten and her recent article challenged ‘honour’ culture and the need to escape the limitations of playing the role of the ‘good Muslim girl.’ She is interested in women’s rights, freedom of expression and minority issues. She wants to fight for a world in which everyone can enjoy freedom and dignity.
Sofia Nesrine Srour
Sofia is 22 and currently studying Law at the University of Oslo. She was born in Sweden to a Lebanese family, and raised in Norway. She has written several articles in Aftenposten and Minareten about various topics including feminism, veiling and what she sees as a ‘victim mentality amongst Muslims. She seeks to share her understanding of the difficulties for Muslim women, in order to challenge misogynist attitudes and to develop competence in dealing with intercultural issues.
Nassima Dzair
Nassima Dzair is a young entrepreneur who founded InterBridge. InterBridge brings forth social innovation through working on developing leadership in all sectors of society, locally and globally. Through InteBridge, Nassima founded the Social Leadership Academy, which was first launched in Algeria. She is an international trainer, consultant and speaker, speaking five languages fluently. She is currently studying for a double Masters at the UN University for Peace. 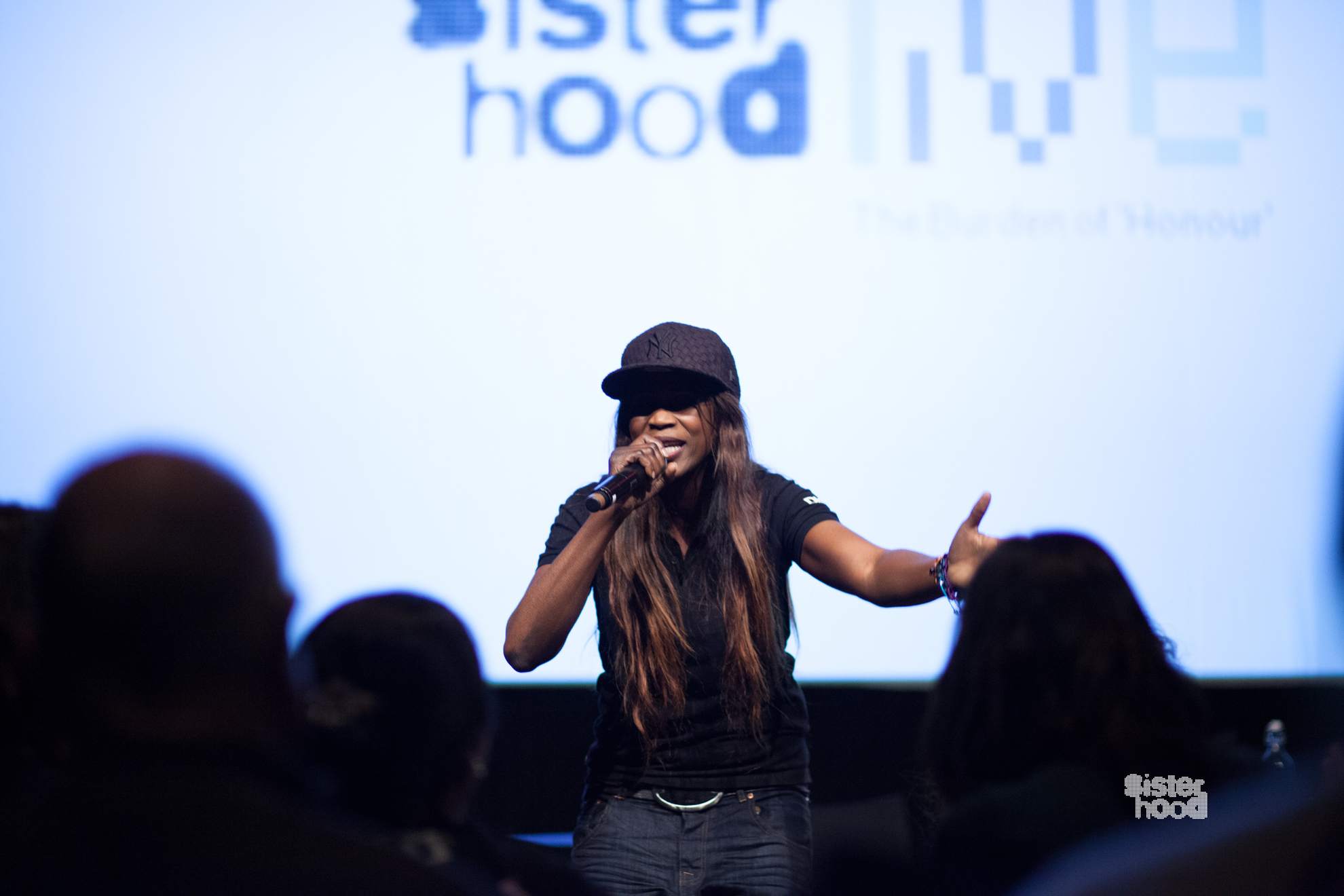 Sister Fa is an award-winning rapper, mother and survivor of female genital mutilation (FGM). She was born 1982 in Dakar, Senegal and began her career as a rapper in 2000. By 2005 she had won her first Senegalese Hip Hop Award. Since then, Sister Fa has become the best-known female rapper in the country. Her lyrics examine social, political and personal subjects, but above all, her campaign against FGM.

Sister Fa says ‘It’s our responsibility to change things, so this doesn’t happen to the next generation. No one should say: “I’m not concerned, it’s not my place, it’s not my culture.” Everyone can do something. We can do it and we’re going to do it. In the future, we are going to talk about FGM as some painful practice that happened in the past.’

With the support of