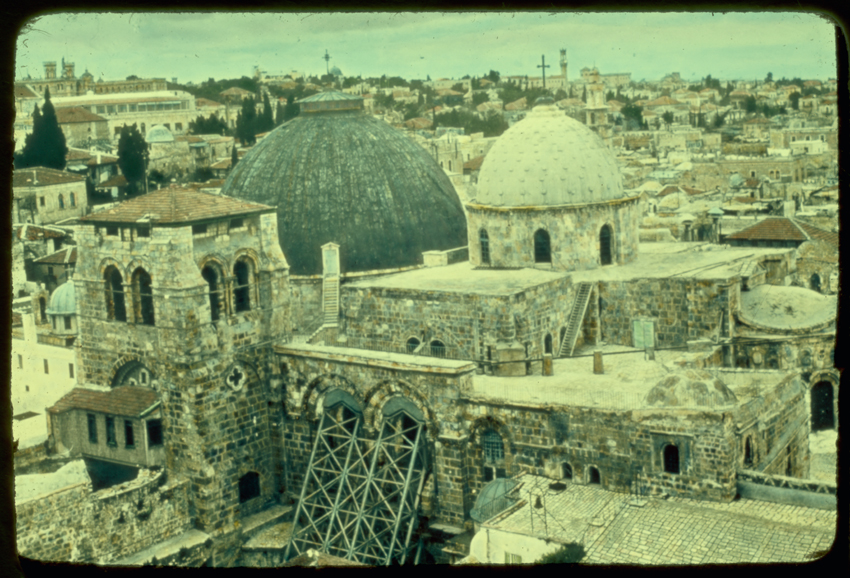 Diaspora guilt and what should have been

I was overwhelmed by the damp smell of sewage, shocked by the leaning buildings and the tiny open market tents wedged between them, and I simply could not fathom the dusty dirt roads existing here.

The narrow streets were laced with Palestinian flags; I was in the refugee camp my father had grown up in. They criss-crossed over us, and seemed to be the only thing that held the tilted stone buildings up. My father explained to me that the camp was first born out of the hopelessness and exile of thousands of refugees. In the beginning, it was all tents, but as time progressed, the tents became single story homes. To accommodate the new generation of refugees, homes were further built atop the old homes. In one building in the camp, you would find the first generation of refugees with their children, grandchildren, and great grandchildren. Decades later, these refugees still have not been granted their right of return.

As my father and I continued through the open market, chickens in their cages clucked at us excitedly, fruit vendors bellowed their deals of the day, and children giggled and screamed as they chased each other among the everyday chaos.

I couldn’t speak. I was stunned silent.

As we left, my father pointed out the United Nations grade school he had gone to. The faded blue sign looked down at a group of school girls, whose braided hair bounced as they jumped rope.

My mute state was induced by guilt. If you’re a Palestinian born and raised in the comfortable exile of the West, you know the feeling. There is an indescribable shame that comes with the undeniable privilege we have. It’s the realization that we’ll never have to submit  our daily plans to fate, or the possibility of seeing our families, going to school, or work, to armed foreigners at military checkpoints. It’s a grip that grabs your stomach as you watch TV; as you watch the children of your country, children who look just like you, get shot as they play soccer on the beach.

I had first become aware of this guilt as I stood on the Mount of Olives a few years earlier. Fairouz sang through my tears, her voice an eternal echo within my consciousness… “When Jerusalem was stolen all love in this world ceased to exist”. The wispy branches of the olives, pushed by a gentle breeze, reached out their silvery leaves to brush away my tears, and the Dome of the Rock and the Orthodox Church glittered a soft gold in the sun.

So many emotions washed over me as Jerusalem cradled me in her arms of dips and hills. The initial feeling was pure bliss; I wanted to die right there and then, so that moment of sweetness could be eternal. But wishing to take my last breath in Palestine only reminded me of my grandparents, who prayed day and night for just that.

My grandfather left his village as a little boy. This was a direct consequence of the death of his older brother; who was shot by Zionist militias the night before his own wedding. My grandfather. My grandfather, with his sapphire blue eyes.

They were the ones who deserved to be here. I had done nothing, absolutely nothing, to deserve seeing Palestine and breathing her scented air. I had never suffered; not a day in my life. I wanted nothing more in the world than for my grandparents to be standing in my place.

I achingly remembered them as I made my way through the Old City. In the piles of sweets and candies sold in the market, I saw my grandmother’s candy box that she kept hidden in her closet; the ultimate treasure for me when I was a child. In the strong aroma of rich coffee that seemed present in every corner of the city, I imagined my grandfather having his daily dose of Arabic coffee; served in a tiny cup and sipped at sundown during the news-hour.

In Al-Aqsa mosque, I pressed my forehead across the cool stone ground and begged God to bring my grandparents back here. In the Church of Resurrection, warmed by a thousand candles, I closed my eyes and begged again.

My parents and I spent our last day in Jericho. Murals of the Palestinian right of return were painted on various walls throughout the city. Jericho, the city of the moon; the oldest city in the world; the city my father was born in; the city my grandparents lived in before the Six Day war. Here I spent an evening with a lovely family in the same refugee camp my grandparents had met each other in; where they had fallen in love.

I cried as I left. I wanted to throw myself out of the bus and bury myself in the rich soil of my homeland, under the shade of one of Jericho’s famous palm trees. But we returned to Jordan, and a few short weeks later, I would return to America.

My grandfather was eager to hear everything about Palestine. I told him as much as I could without choking up. It is a really terrible feeling, to stand in front of your grandfather, who has dedicated his life to returning to Palestine, and describe to him its beauty. It is a terrible reality that Western papers will get you the occupier stamp of approval to see your own homeland, but the heavy iron key and six decades old deeds to your home that stands vacant in a closed military zone get you nothing but a United Nations issued refugee ID card.

America. Quite a nice exile if you ask me. Here, it is easy to forget who you are. Sometimes I wonder who I would be had I forgotten who I was. It is nearly impossible for me to even imagine myself as anything other than passionately Palestinian. Palestine defines nearly every single aspect of my life. Palestine occupies my mind constantly. I dream of being in Jerusalem every night, running my hands across her ancient walls and tasting her honey air. Although I have lived in America my entire life, I find myself feeling like a stranger. Exile eats away at my soul.

Many ask, what does it mean to be Palestinian in exile? I try my best to explain these feelings to them, but I have come to realize that the words to describe diaspora guilt and exile’s pain do not exist. There is a bittersweetness that penetrates our ghurba.

Ghurba. It is the Arabic word for exile. It derives from the Arabic word “ghareeb” or stranger. The ghurba is strange and unfamiliar. In ghurba, Palestinians are like uprooted olive trees, our feet like roots that are unable to sink through the concrete of foreign land. Instead we stretch our arms upwards to the heavens, like branches, praying for the solace of return.

For now, I am a wanderer; hopelessly unable to be content as a stranger. I yearn for liberation day… I yearn for the day when I throw my foreign passport into the sea….

“She watched as the ink spread across the sparkling emerald waves… the sea pulled back and forth until all the ink was spread amongst the foam… the passport eventually disappeared below the water. She clutched tightly onto the heavy rusted keys… she felt no regret. These keys had existed within her since the day she was born. She felt reborn, composed of the salt in the air. She began to walk, knowing the steps she took here amounted to all the walking she had done in her entire life. The streets were empty. It was as if all of humanity had left this earth, this city, except for her. There, in Jaffa she found it: her grandmother’s house. She climbed up the stone steps, pressed her forehead against the cool iron gate. It swung open. The garden was a paradise of citrus. She shrunk in the presence of the tall front door. Her hands shook as she placed the first key into the door. Click. The door opened. She didn’t see the house… rather she saw what should have been: her grandmother as a child, playing with her sisters in the guest room; her grandmother as a young woman, holding hands with her beloved; her grandmother as a mother, caressing her newborn as her own mother, aunts and uncles wipe away tears; her grandmother holding her new granddaughter. What should have been.

She said goodbye to her grandmother and silently shut the door. She held the other key tightly. She began to walk again. This time she left the city. She walked into the valleys. The lemons cried fragranced tears, as she noted the disappearance of humanity again. Only the animals existed now, paying their condolences in their various languages. The silver leaves of the olive trees reached out to comfort her. The terrain of the land was soft and hilly. Eventually she arrived at a simple but majestic stone house, surrounded by peaches and pomegranates. She took a deep breath. The key had seen countless refugee camps. It turned easily into the door. Inside she saw her grandfather as a young boy, playing with his older brother; she saw him as a handsome young man, returning home after a long day of working his land; she saw him as the fiery old man that she knows so well, playing with her as a little girl. What should have been.

She lay down in a bush of jasmine, holding tightly onto the two keys that had defined her life and the lives of those before her. She couldn’t cry anymore. The scale of the injustice had stolen away all feeling and logic. The sky above her couldn’t contain its emotion, and its tears rained down lightly. She closed her eyes, and just as her passport had disappeared into the sea, she disappeared into the mist and jasmine. All that remained were two heavy iron keys…”

This post was originally published on dardashi and has been reproduced with permission.

Nooran A. is an undergraduate student majoring in economics and political science. When she’s not daydreaming about Palestine’s liberation, she’s listening to Fairouz or reading.