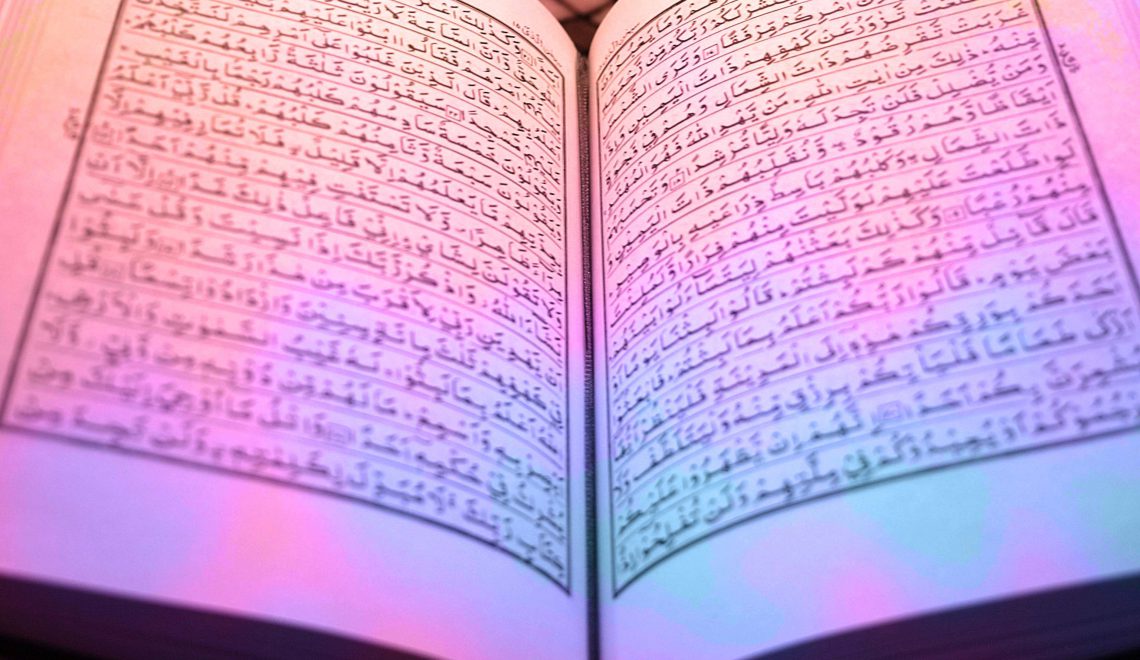 Women in the Quran: An emancipatory reading

Do you bring Islam to your feminism, or do you bring feminism to your Islam? Must we bend Islam to fit our modern sensibilities of women’s rights, humanism and justice towards both genders, or must we make compromises in our feminism to fit the classical interpretations of Islam that have always been skewed in favour of men?

In Asma Lamrabet’s Women in the Quran: An Emancipatory Reading (translated from the French by Myriam Francois-Cerrah), the author answers this question by declaring passionately and confidently that Islam has always considered women as equals to men. It is ‘certain biased readings, bolstered by patriarchal customs, which have rather legitimated these… inequalities.’

Lamrabet, a Moroccan pathologist and activist, blames ‘subjective human interpretation’ made by classicist, traditionalist and patriarchal interpreters, scholars, and translators for obfuscating the Quran’s essential humanist spirit. Islam in its original form, argues Lamrabet, doesn’t make distinctions according to gender, and certainly does not assign women a weaker spiritual status than men. Lamrabet distinguishes between an Islam that has been codified in centuries-old texts and a living Islam which women are struggling to re-negotiate in the light of a greater awareness of their rights as human beings to live in equality and peace with men.

Lamrabet goes further than the work of previous Islamic feminists by drawing upon the women in the Quran and deftly identifying archetypes such as: The Mother, The Governor, The Passionate Woman, The Spiritual, and The Sacrificial. Lamrabet’s classifications are especially compelling when discussing the excellent governing skills of Baklis, Queen of Sheba, or the insane passion of Zulaykha for Prophet Yusuf (peace be upon him) and her subsequent repentance for her wrongdoing.

There’s a refreshing refusal to dwell on women first and foremost as mothers, which male classical Islamic scholars tend to do. Lamrabet interprets the roles of Umm Musa and Asiah as parables to understand God’s tenderness towards women, and the value of piety and exemplary faith (Asiah disobeys her husband, the Pharaoh, in believing in Allah rather than following her husband’s religion), rather than focusing solely on their functions as mothers of the Prophet Musa (peace be upon him). Lamrabet draws the reader’s attention not to Maryam’s motherhood but to her “highly privileged spiritual station”, noting that God chose a woman rather than a man to be a symbolic link between Christians and Muslims.

Similarly, Lamrabet compellingly chronicles the lives of early Muslim women who stood up for their faith, and connects their resistance to political struggle. She writes of early Muslim muhajiratun (political refugees) Summaya, Zainab, Umm Sharik and Umm Kulthum noting their bravery, refusal to compromise, and willingness to even sacrifice their lives for their principles. This is in complete opposition to the modern portrayal of the Muslim woman as an oppressed victim unable to even raise her own voice.

A good case is made for women’s political participation through various examples from early Islamic history. In Surah Imran, the challenge from Muslims to Christians to participate in a theological debate called the mubahalah asked for both men and women to take part. Similarly, women took part in mubayi’at, which included conversion, proselytizing, attending allegiance ceremonies, lectures at the mosque, and even being present in battle.

Lamrabet interprets mubayi’at as a political act, noting that the women took part in these activities of their own free will and independent agency. She argues against reductionism: the Prophet did not shake women’s hands during an allegiance ceremony. Classical scholars have used this as an excuse to invalidate the entire experience of women’s bayah, which Lamrabet castigates soundly in her discussion.

Lamrabet writes with verve and spirit, a tone which Francois-Cerrah captures well in her translation. Yet sometimes the style meanders and goes off into tangents where Lamrabet allows her imagination to supersede her arguments. Furthermore, some of Lamrabet’s circular arguments are stretched too far, diminished by her eagerness to make everything fit a modern feminist mold.

This is most apparent when Lamrabet deals with some of the contentions with verses such as 4:34 (it doesn’t permit wife-beating, but advises separation), 4:29 (making polygamy discouraged, but permissible in certain contexts), and other verses concerning inheritance, women’s testimony and the like. Lamrabet’s arguments will shore up those who already believe in Islam’s fairness towards women but will not convince those who are already certain that the religion is inherently misogynist.

Yet her writing is at its sharpest when Lamrabet excoriates modern Muslim governments and countries for obfuscating the revolutionary egalitarian spirit of Islam. She expresses justifiable anger in noting reform has taken 1500 years to come in countries like Morocco and Saudi Arabia: a willful theft of women’s rights for which adequate reparations have not yet been made. Her phrase ‘an aborted women’s revolution’ captures the essence of the conflict: a patriarchal backlash against the freedom and equality given to early Muslim women under the Prophet’s guidance.

Unusually, Kube Publishing have taken the step of distancing themselves from some of Lamrabet’s more radical positions. In a detailed introduction they say they do not necessarily endorse all the ideas in this work, but are publishing it ‘with a view to providing access to some trends in contemporary Muslim thinking.’ The note that the author’s interpretations are daring and ‘will no doubt be seen as problematic’ and remark on her ‘disregard for the hadith corpus.’ Her ‘sweeping judgments regarding ‘traditionalist’ understanding of Islam, by which she seems to be referring to the scholastic tradition of the past 1400 years, are unfortunately not substantiated in her work.’  The publishers have, ‘in an attempt to remedy this to some degree… included some end notes’ which refute some of Larambet’s points and correct others.

Whether the publishers fear Larambret’s book displeasing their conservative reader consumer base, or are trying to cover their legal bases, the caveat and endnotes detract from the overall reading experience. Still, perhaps this is a working compromise that guaranteed the text being published in its entirety. Whatever the case, it illustrates quite literally how contentious is the idea of women’s freedom and independence even within an Islamic framework, and how carefully women still have to tread in asserting their viewpoint on matters of theology, even when it is fully their Islamic right to do so.