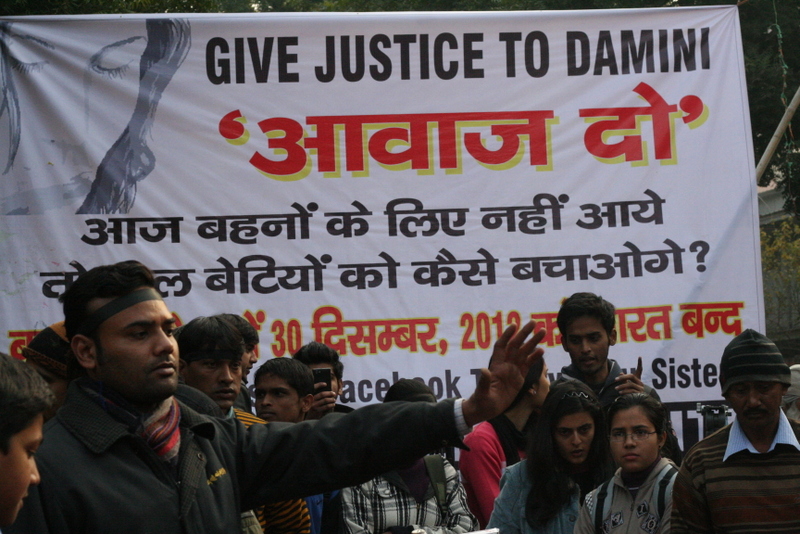 Rape is not a joke

When I was 10, I came across the term rapeseed in a book. I asked my mother what rape was. After the explanation I got, I decided to use the word oilseed instead. Somehow associating a plant’s name with something so horrifying and violent did not seem okay. To this day when I hear the word rape being used casually out of context or in jest, a part of me wonders why grown adults find it so hard to understand something that a child grasped immediately.

A couple of weeks back Salman Khan, one of the top Bollywood actors, was in hot water (once again) for comparing his rigorous training for his new movie to being raped. “When I walked out of the ring, after the shoot, I used to feel like a raped woman. I couldn’t walk straight.” While he may have instantly admitted that it was an inappropriate thing to say, the statement left the entire country reeling with anger. The internet was divided into two distinct groups; one who believed that he should apologize for such a crass and ignorant statement, and others who thought feminists were overreacting. Whether he meant it or not, you’d expect better from a 50 year old man who has millions that look up to him.

Lighten up, it’s just a joke. You feminists don’t have a sense of humour!

If I had a dollar for every time the word rape was used frivolously in front of me, I’d have enough money to move away to a place where people aren’t idiots. Welcome to the 21st century, where most people think it is okay to laugh at serious things like rape and dead babies to get a few laughs. But I digress. I’m tired of having to explain to well-educated sensible adults why making light of a violent act such as rape is inappropriate.

My skin looks so red after a facial. I look like a rape victim, haha.

First things first. I’m not so sure if people understand what rape is. Let me set the record straight. When your team defeats another in a cricket match, they didn’t ‘rape’ it. When your friend leaves her Facebook logged in and you put up a silly status, that isn’t ‘frape’ either. And when you don’t have electricity the whole night due to a power cut, the power company didn’t ‘rape’ you either.

Oh come on, stop being so sensitive. When I say rape, it doesn’t mean rape, y’know!

Rape is a horrifying traumatic experience that shouldn’t be equated with any of the activities mentioned above. Trust me when I tell you this: rape isn’t funny. To you, a person who has never been raped, and doesn’t think they know a rape victim, it may seem like a harmless joke. But to a victim, who’s trying terribly hard to get on with their life, it’s a horrible reminder of their trauma. Any time you’re choosing to use the word rape to describe an everyday occurrence you’re trivializing rape itself. That gives power to the rapists, not to mention makes victims feel like shit.

Stop being so oversensitive! Were you raped? No. Then why make my joke such an issue?

So if we can agree on how horrific rape is, then why is it used so commonly and out of context? Possibly because most people who make these jokes lack empathy, and don’t consider the consequences of their words. Also, anytime there’s a voice trying to point out that rape isn’t funny, there will be a dozen more telling it that dark humor is cool and edgy. But what’s wrong with us as a generation that we use a powerful word like rape so easily without even a shred of consideration. Just because you have free speech, it doesn’t mean you should say whatever you want without thinking about what the effect is on people around you. You don’t have to be a victim, or know a victim, to understand how insensitive it is to make light of the word rape.

‘Consent is sexy?’ Lingerie is sexy. Consent is a basic human right.

A Digital Marketer based in Karachi, currently undergoing a quarter-life crisis. When I’m not working (to pay for my addiction to books) I spend my time writing about issues that bother or fascinate me. Check out my blogs at Shamilahr.wordpress.com