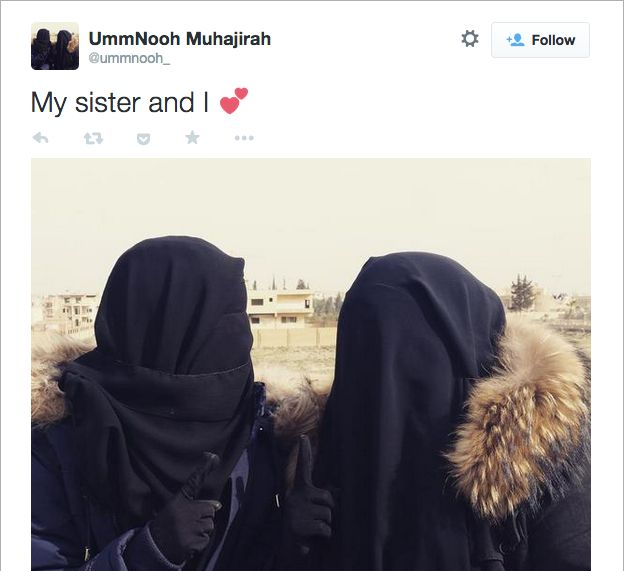 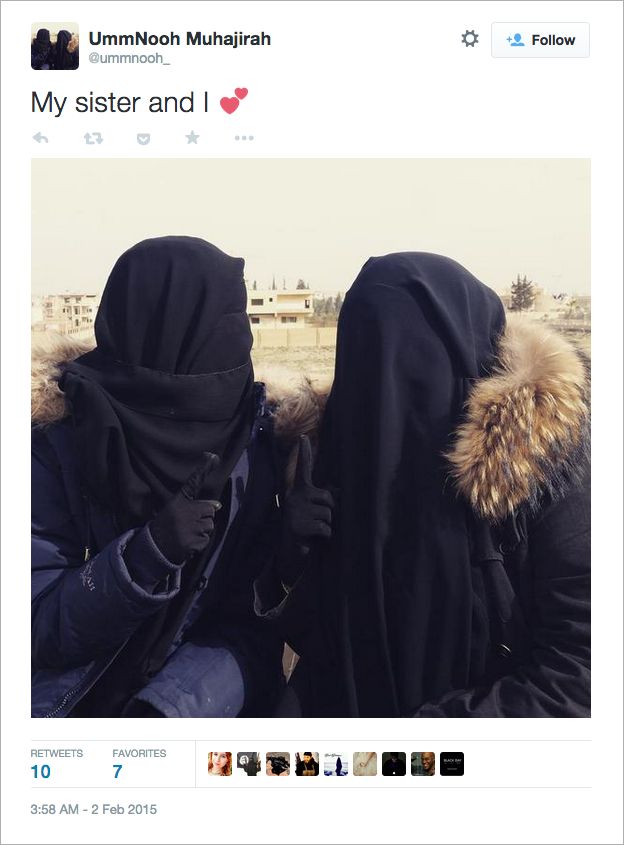 On June 16th, 2011, Shamima Begum and Amira Abase—aged fifteen—and Kadiza Sultana—aged sixteen—boarded a flight from London Heathrow to Turkey and from there, to the Islamic State of Iraq and Syria (ISIS). One in ten of ISIS’s recruits from the United Kingdom are women. What is life like for women in the caliphate? What drove them from their homes in London? What made them embrace this restrictive Jihadi ideology?

Many reasons lead women to join the Islamic State. I aim to pinpoint three main tactics that have made ISIS successful at luring young women. Two of these tactics are gender-neutral: reaching both women and men, whereas the third targets women directly. The first is the ‘adventure’ narrative—they tell young people that joining ISIS is an opportunity to be part of a ‘Muslim Utopia.’ Secondly, it is positioned as resistance against urbanization, modernization and Western values. There is the belief that the only way to be a ‘pure’ Muslim is to live under Sharia rule, which is only available in ISIS (or other Islamic Republics). The key point here is that being part of the caliphate is perceived as a religious obligation. Alongside this, it is very important to consider how the growth of Islamophobia only fuels this narrative. It builds an exaggerated separation between Western values from those of the Islamic world, which makes the idea of coexistence even more difficult. This reinforces a belief that the only real way to practice Islam is in the caliphate. Lastly, and most interestingly, there is the ‘romance’ narrative, which attempts to lure women into becoming ‘jihadi brides.’

A key tool has been ISIS’s utilization of social media, which keeps fighters on the ground in Syria in direct conversation with young Muslim women all around the world. For instance, Amira Abase was in daily conversation with a male recruiter, Amatullah. He claimed to be 16 year old, also from the UK. Their exchange started when Amatullah responded to Abase’s post on a social media account, explaining her yearning to flee the UK to join ISIS. He responded almost immediately with instructions about how to get to Syria and encouragement: ‘U dont need to know Arabic there’s plenty of Britani bros here,’ and ‘U can stay with me if u want. Until u get married.’ Finally, implying she should hurry, ‘Theres sisters coming every day.’ In response to questions about what to pack, Amatullah responded, ‘Lingerie, loool…’ These unofficial propaganda tools bear little correlation to the manifesto, apart from the underlining condition of becoming a jihadi wife. This direct seduction adds glamour and adventure to the idea of running away to find true and romantic love with a martyr.

We should consider how, in a sense, some girls fleeing to ISIS feel empowered by their choice. The very fact that ISIS offers women a role, provides a clear place for them in this new society – no matter how restrictive. Additionally, it is important to acknowledge that they could view their choice to join, and their role once joined, as an opportunity to exercise female agency. In the West, feminism and being a housewife are not mutually exclusive. The doctrine of ‘choice feminism’ holds that if an individual chooses to live her life in a gendered role—that is, to be a housewife, to bear and raise children—then that is her choice. As long as this is indeed her choice, no one should judge her, or deem her any less of a feminist, as long as she believes in the equality of the sexes. In the case of these three girls, if it was their choice to leave semi-patriarchal London for extremely-patriarchal ISIS, we cannot judge this as an anti-feminist position.

Many argue that ‘choice feminism’ relies on reductionist logic, leaving feminism as nothing more than the right of women to make choices. Choices such as whether to shave, to wear makeup, to succumb to ‘fashion shops and beauty salons,’ are examples, as are the choice to wear the hijab and to sacrifice her life for Jihad. As Umm al-Baraa, a Malaysian medic who joined ISIS on February 2014, phrased it ‘Stethoscope around my neck and kalash on my shoulder. Martyrdom is my highest dream.’ Could we not begin to see what ISIS is offering as a militant form of empowerment may be fiercely attractive? If this was her choice, how can we criticize her?

But ‘choice feminism’ could be described as using the language of liberation and using it against women, thereby upholding the patriarchy it sets out to undermine. Choice alone cannot constitute agency. There is nothing inherently feminist in the notion of making decisions, given that these choices are made under the influence of many factors created within structures of male supremacy.

We should not understand ISIS recruits as entirely obedient and submissive. All this does is uphold a fantastical, orientalist understanding of the situation. Indeed, for some women joining ISIS may itself be part of an orientalist fantasy, of becoming the ‘other’ as a jihadi bride.

A romantic love narrative—one that seduces women and men alike, convincing them to conduct violence and uproot with their current situation—is nothing new. Some Muslim women in the West are left alienated by Islamophobia and Western ideals, while some search for identity, acceptance and belonging. So the next step in understanding why women are joining ISIS is to look inward, to the environments those women are leaving, rather than the environment they are seeking.

After completing her BA at Central Saint Martins, Aryana left London for Los Angeles. Whilst in grad school at CalArts she honed her interests in contemporary art and cultural theory to focus on feminism, postcolonial studies and rhetoric. Raised in an Anglo-Iranian household, she has always had a keen interest in the Middle East, international relations and specifically the role art can offer in such conflicts. Website: www.aryanahessami.com