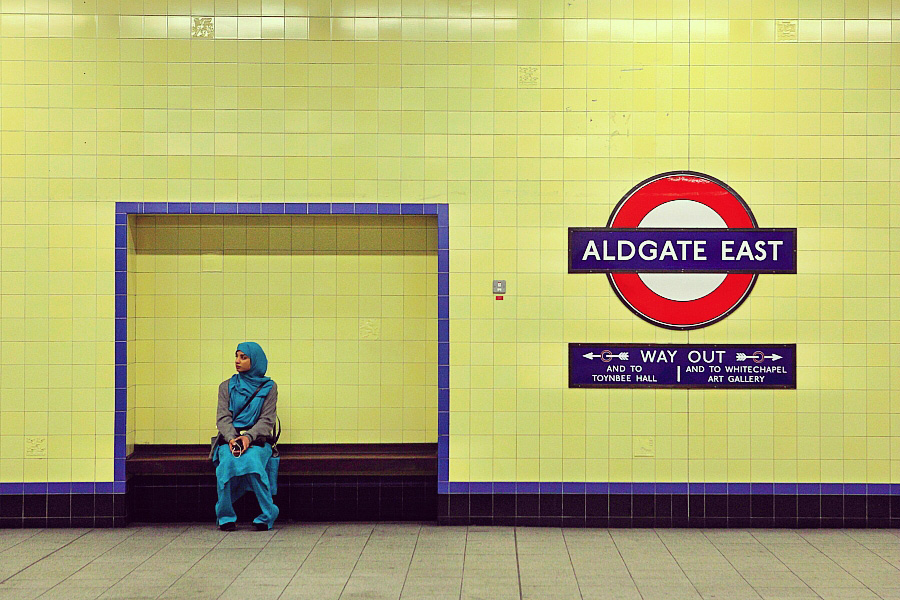 What are they running from?

In February 2015, Shamima, 16, Kadiza, 17, and Amira, 16, went missing. They were caught on camera flying from Gatwick to Istanbul. By July 2015 at least two of the girls had been married to older men, chosen for them by ISIS commanders. All three were groomed by ISIS as part of their structured system to target vulnerable young people.

With Islam being the hot topic of most political conversations within the media I wasn’t surprised when I failed to find anything on the psychology of why these three young women decided to leave for Syria. There was no identifiable trace in the mainstream media of any personal reasons, or any attempts to delve into why this could have been so appealing to three young women. Could it be that they were given instructions to eradicate anything which could be a link to who they were before leaving Britain? Or could it have been that they chose to eradicate this themselves? We simply don’t know because it’s not considered relevant. The fact that they had left their home to join one of the most dangerous terrorist groups in the world is enough. We really don’t need to delve into any details, which sympathise with them or individualises them.

Whilst on tour this year, I had the pleasure of reading Tracey Miller’s incredible and ferociously honest autobiography Sour. Sour is the true story of a former Brixton gang girl, a member of the notorious Younger 28s gang that terrorised Brixton in the 1990s. Although both stories are very different they both seem to stem from the same seed:  young women feeling as though they need a sense of belonging outside the family. Essentially young girls are being forced to find temporary love down unfamiliar and insecure avenues.

Having worked with young women between the ages of 12-16, mainly facilitating workshops and projects, which focus heavily on topics such as ‘Girls in Gangs’, I came to understand why the idea of joining a gang could be so appealing for some young women. The main correlation was that they came from a poor home life, were searching for an identity and sought a sense of belonging. For some young women it feels inevitable. They feel forced to make these choices due to their social or financial situation at home, or simply because they feel under represented or powerless: like their voices are not heard.

So back to my question: do we need to delve into these psychological details?

The answer is yes, we absolutely do.

Freedom of expression for a young woman is vital, so that they can find out who they really are instead of having to seek out a sense of identity in groups, which practice extreme methods of violence. Young people are slipping through the cracks of society and joining the ranks of Britain’s ‘broken children’. Tracey Miller states in her autobiography that ‘Gangs only exist in the way that chemical reactions exist, as a mixture of dangerous elements that occasionally react and then disappear’.

Gangs can provide a temporary feeling of sanctuary. I asked a group of young women from Leyton Sixth Form College whether they felt proud of their British identity. I wasn’t surprised when the response I received from the majority of them was ‘no, I’m not’ and the rest asked me to explain what that meant. The response from that workshop alone suggested to me that many young women feel disconnected from the British identity. This, along with the need to ‘fit in’, social media, pressure from peer groups and some major biological changes, creates a bubbling adolescent cocktail.

Through facilitating workshops with young women, I discovered that in some cases, within the family home, the pressures of expectation seem to be far greater than the practice of communication, leaving young women feeling vulnerable and unable to meet the expectations which have been placed upon them. Doubting their ability to meet their family’s expectations, young women are finding other people to rely upon, ultimately opening themselves up to the risk of radicalisation. It’s time we start seeing our young people as individuals. Ironically, labelling young people with negative stereotypes can push some to join extreme groups themselves.

I’m aware that this isn’t the case in all homes. Sometimes radicalisation takes hold so quickly that we wouldn’t even know that our daughters, sister’s, nieces or loved ones have gone down the rabbit hole of gang or cult culture until they return to us devastatingly unrecognisable – if at all. I urge all parents and elders to stop pressurising their children, but to communicate with them. Before you go to bed tonight tell someone who is ‘coming of age’ that you are here to listen – and that you love them.

Ambreen is an Actress and Writer from South London. The Diary of a Hounslow Girl is Ambreen's debut show which finished it's National UK Tour earlier this month. She is currently writing her next play ‘POT’ primarily focusing on the recent comeback of ‘gang culture within the UK, heavily inspired by the young women she's worked with. Website: www.ambreenrazia.com