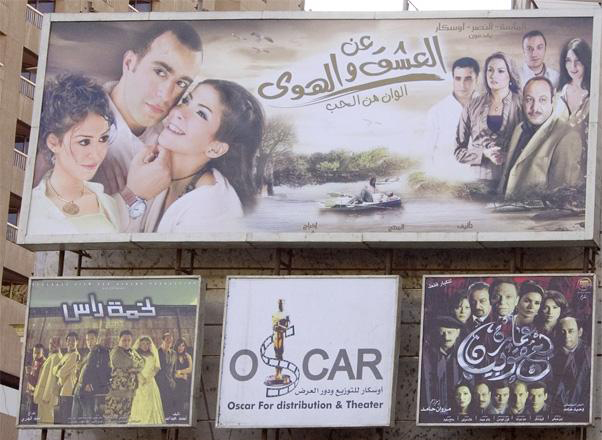 Missing Muslims and the media

At I was 12 years old, I had already been living in Canada for six years already. My Egyptian, drama-loving mom was starved for some of the over-the-top, crazy antics of Arab TVOnce she was finally able to get an Egyptian satellite dish, it was on 24/7 for weeks. From the start, I saw something bizarre: a cast comprised of only Egyptian actors, and they were almost all Muslim? I was shocked.

It may not seem like much to the casual observer, but I had spent the past six years of my life watching kids TV shows where the lead was always white, along with most of the supporting cast too (for instance: Hannah Montana, The Suite Life of Zack and Cody, iCarly). There might have been one or two black people, and maybe even one Asian – if the producer was really into ‘diverse’ casts. In all my life, I had never seen an Arab person on TV, let alone a Muslim person. If they were ever featured in a movie it was always the same genre: a patriotic, good natured American soldier/CIA agent/FBI agent with a pretty wife and a cute kid is sent on some type of Islamic terrorist takedown in the Middle East (for instance: The Kingdom, Body of Lies, Syriana).

In the following weeks, I annoyed my mom with questions that she couldn’t answer. Are there a lot of Egyptian or Muslim actors? How come there aren’t any on our ‘normal’ TV? Is it because there aren’t a lot of Arab or Muslim actors in the US, or is it because the producers don’t want to cast them? When my mom couldn’t provide the answers I wanted, I turned to the internet only to be faced with an even worse problem. The internet didn’t know either. There was no information (that I could find anyway) about Arab or Muslim actors in the US. It can’t just be that they don’t exist. there are 1.6 million Arabs living in the US and 1.8 million Muslims (there is some overlap with these numbers because many Arabs are also Muslims, but there are also Muslims who aren’t Arabs). The point being that there had to be Arab and Muslim actors. The question was why did I only ever see them cast as terrorists?

Fast-forward to today, and everything is more or less the same. It might actually be worse, because in 2016, you would expect that Hollywood would be more conscious of the fact that Arabs do exist in the world. I see movies set in high schools where there isn’t a single Arab or Muslim, which would be almost impossible (unless you live in a very small, rural town). In my high school you can’t find a classroom that doesn’t have an Arab or a Muslim student. This makes sense considering that Islam is the 2nd largest religion in Canada making up 3.2% of the population. That doesn’t seem like a large number but based on Canada’s population. That’s over a million Muslims! Also, Arabs make up 1.2% of the Canadian population. That’s almost 350 000 people. The numbers are even larger in the US, although Islam only makes up 0.9% of the population there. That’s 2.75 million! This makes it hard to believe that a TV show or a movie set in a high school, a hospital or any other setting could exist without there being even one Arab or Muslim person. Were there really no actors available? Obviously there have to be, because they’re available to play the roles of terrorists.

The only other explanation could be that producers are simply choosing not to cast them. Maybe they’re worried about ratings, and that people might not want to watch the show considering all the political instability and negative stigma surrounding Islam and the Middle East right now. If that’s the case, then it’s heart-breaking. I grew up never seeing myself represented in any way, shape or form on TV. Not in commercials, movies, TV shows or magazine ads. Nothing, nada, zip.

Despite feeling like I am more Canadian than Egyptian, the fact that I’ve never been represented in the media makes me feel left out, and frankly a little lonely. My family of first generation immigrants is a unique blend of Egyptian and Canadian culture. We go to the mosque, we celebrate Eid and wear hijabs but we also take photos with mall Santas, we go skating on the canal, we go to hockey games and we buy more beavertails than we can eat. We are somewhere on the fence between holding tight to our Egyptian culture and accepting that of the country we moved to. It’s a type of family that I would love to see represented on TV, because then I could see myself in it too I know now, that if I feel this way there must be thousands of other kids that feel the same. I think the saddest part of this whole situation is that there are thousands of kids out there who each feel like they’re the only one who feels alone.