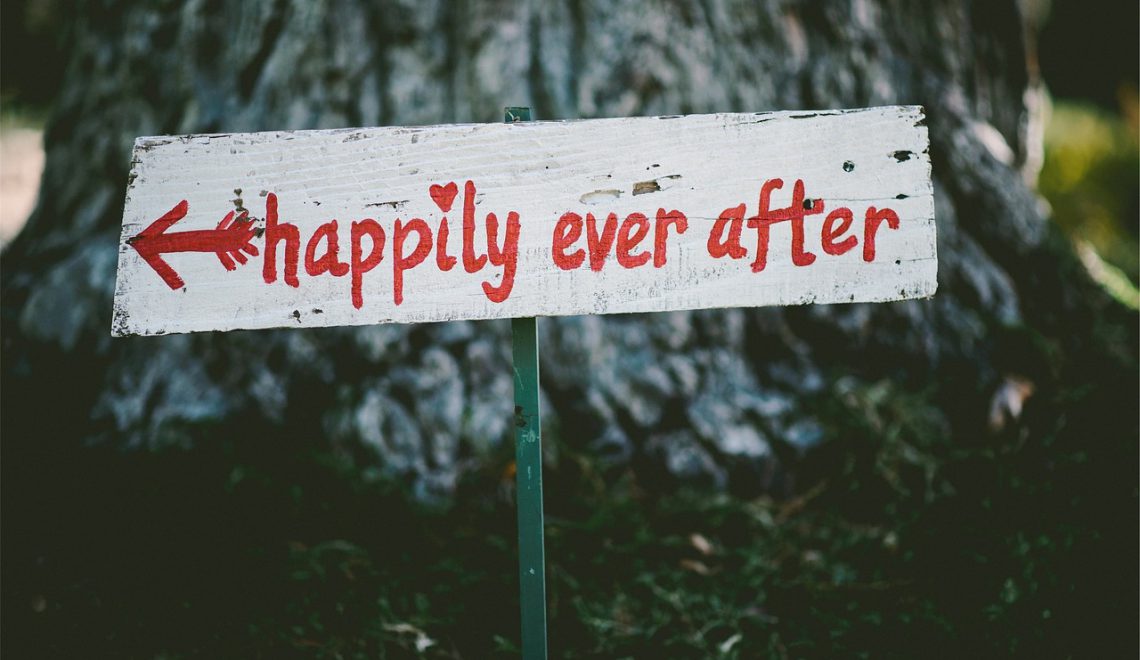 I am constantly frustrated by topics concerning the role of women in society – from the stigmas and stereotypes and unequal treatment to the outdated representation in culture or religion. Not only do I have to deal with Western stereotypes of passive or radicalised Muslim women, and Asian cultural stereotypes on a daily basis, I have also had to swallow religious misconceptions, which people have about Muslim women. After watching this iisuperwomanii vlog channel rant I realised I wasn’t the only one who thought about these things.

The topic that seems to be on everyone’s mind (except mine) right now is marriage. From a young age Western and Asian culture programmes women to want to get married and have kids and then their lives are over. Or if you want me to Disneyfy it, to live ‘happily ever after.’

From a very young age girls are encouraged to believe in their ‘Prince Charming,’ and a happily ever after that invariably involves starting a family. Many Disney movies starts with a damsel in distress, and finishes with Prince Charming saving the day and hence getting the girl who is portrayed as incomplete without a romantic relationship.

Women carry the greater burden in every marriage. Men may sacrifice their bachelor lifestyles, but not a single man will have to compromise his career for nine months to have a child. Nor will he have to sacrifice his figure or health. Women always seem to lose out.

For all the women who are now reading this and shaking their fists at me angrily and telling me they would always pick pregnancy over their figure, I am not questioning you or your decisions. I’m all for people making and being given choices – but as women how much choice are we actually given? And isn’t it right that we point out how much of our own lives we have to sacrifice in marriage and motherhood?

We have to sacrifice our careers, our social lives, we are expected to keep up appearances in the family, keep the house clean, do the shopping and much more. In many homes it isn’t just about sacrificing one year of maternity. Many mothers will often wait until their child is nursery age before going back to work, and then face stigma of getting into work after a prolonged break. Again that is years of women’s lives which are sacrificed. Not wasted, but sacrificed while our other halves carry on going to work nine-to-five, going to for drinks with friends after work and having a social life beyond the nursery.

How much recognition is this sacrifice truly given? Do our partners or society really see what we have to give up in fulfilling the roles of wives and mothers? Why does society, and all those Disney movies, refuse to recognize the actual sacrifices women make through marriage and motherhood. It isn’t all happily ever after. It is hard. We have to do much more, take up much more responsibility, more than our partners because that is where society has placed the responsibility. The constant demand from media for women to be good mothers and wives is suffocating. How many men’s magazine give advice on how to be a good father? Hardly ever. But all women’s magazines give you advice on how to be a perfect mother or ask which female celebrity is being a ‘good mother’. How many male celebrities or politicians get asked how they balance fatherhood and work life? None, but every female celebrity will inevitably get asked this question. There are strong preexisting notions of the way women should conduct themselves in society when it comes to being mothers and wives. I not falling for them anymore.

I can’t help but wonder if the  ‘romance’ around the idea of marriage bombarded at women from a young age is because society is worried that when young girls grow up they will realise marriage isn’t a ‘happily ever after’ – that it is a union is which women will have to always sacrifice more than her partner. Society wants us romanticise away the reality of marriage and motherhood in case we turn our backs on it. I’m not saying women shouldn’t get married or stop being mothers. I am saying society needs to stop trying to sell us this outdated and false idea of marriage and start recognizing that women make many huge sacrifices that get swept under the rug, because they are understood as part of women’s ‘natural’ role.

What success could mean

I am not taking away from the challenges and demands of being a wife or mother. These relationships are precious. However, I do become deeply concerned when marriage and motherhood become considered synonymous with female success. As a 22 year old having stepped onto the graduate career ladder only five months ago, and left University 12 months ago, marriage is honestly not top of my list of things to do.

So why is everyone so concerned about marrying off women? Or asking females about their latest relationship? There seems to be this silent consensus that marriage and motherhood are the be-all and end-all of a women’s life. And for some, yes it might be, if that is their choice. But for others it is not. If you want to get married/have kids– I hope you are happy.

I don’t want girls and women growing up with this confining checklist in their head: finish school, get married, have children, have more children. I believe that everyone needs to have their own individual identity and achievements before they start collapsing into relationships and motherhood. We should see women in society as more than mothers and wives. We should not judge women who put their careers first, or marry after all their friends.

This is another double standard. Nobody cares if a man doesn’t marry until he is 50, but a women needs to be married as soon as possible. You don’t see men being asked who they are hooking up with, or if they want to be married and when they will have kids. It is always the women.

There is an entire world of opportunities that we as women/girls should be exposed to. We need to look beyond gender stereotypes to put marriage in its proper perspective.

I am a intersectional feminist, avid reader, creator of the #FeminismInYA hashtag on Twitter and blogger at helloiammariam.com