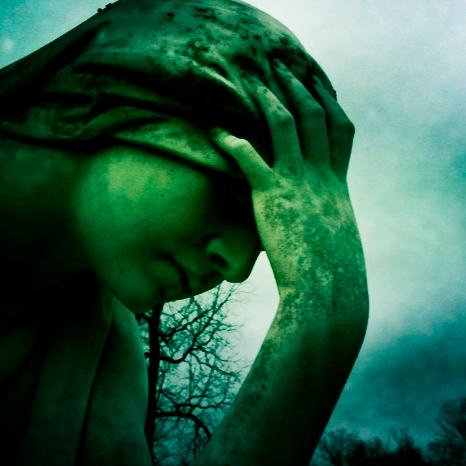 This Ramadan was supposed to be a fresh start. A clean slate. A reconnection with God, refreshing my spirituality, freeing myself from Satan.

That has not happened at all even though we are a third of the way through this very blessed month. I am still observing the fasts, hoping for a miracle moment of enlightenment. But the way I’m feeling right now, the spark has definitely been snuffed out. The going without food for 18 hours has been the fairly easy part (with strategic water intake at iftar and sehri). I’ve lost the spiritual side and am desperately trying to find it again. I’m having a spiritual crisis.

This Ramadan, I can’t help but reflect on all the bad things I’ve encountered, the people who let me down and hurt me as well, as constant global events which are supposedly done in the name of Islam, in the name of Allah and in the name of the Prophet (pbuh). Instead of turning to my Merciful Creator, I am angry at Him. I am so angry at Him, because I can’t understand why he let these bad things happen. Why is there such a lack of empathy amongst us humans? We’re so robotic towards the suffering of others. It makes me sick.

I feel like a little kid, with this very naïve notion that God will come down and remove all the bad and leave all the good. But it’s not going to be like that. It’s all going to be left for the Day of Judgement. But I want justice now. I want the perpetrators to get punishment in this world not the next. Is this selfish? I don’t think so.

Since I was a child I have experienced a gender bias towards men, who were seen as being superior and never doing anything wrong – from my dad secretly wanting his first born to be a son, not me, a daughter, to my cousin touching me inappropriately and when I said I would tell his mum, he confidently said ‘Go on, she won’t believe you anyway.’

I am not a feminazi, but when you are constantly surrounded by inequalities between the genders, can you blame me for feeling hurt by this contempt for women? It seems that women are disposable and the world wouldn’t be really missing much if these women were to just disappear. When you hear about the injustices done to women, you think if the same thing was being done to men, it would be a totally different story. Why is that? And when these injustices are done in the name of religion, I feel even more hurt because I believe…or maybe believed…that the God I believe in wouldn’t be that cruel. He does not look at me any differently to any other man, despite difference in physicality or chemistry. We are the same in the eyes of God, right?! I don’t know anymore. In Pakistan especially, honour killings have been prevalent in the news. I ask myself why? Pakistan is supposed to be an Islamic country…so why are women belittled when we are told that Islam honours women?! I just don’t understand. A female human rights activist is abused on TV. How have we come to the stage where this is allowed? I am so puzzled at mens’ behaviour and mentality to think that it is ok to hit a woman…lightly. Are you in your right mind? Am I the only one who thinks by this statement by Walt Whitman: ‘I do not ask the wounded person how he feels, I myself become the wounded person.’ Think people think.

The recent event in Orlando really got to me. Same way as France. Same way as Belgium. Omar Mateen shot 49 people during Ramadan. The people who died were from the LGBQT community, and that shouldn’t even be the focus. I am actually horrified at some of the responses to this event: people were saying that these people were sinning and deserved to die. No one deserves to die. I remember when the law for gay marriage in America was passed, Reza Aslan wrote an open letter to American Muslims and what was really beautiful to me was that he told the Muslim community that, whatever their views on homosexuality, we needed to stick together as minorities. Some Muslim people donated blood to the victims in the aftermath of the shooting. But it just doesn’t settle with me that this Muslim man went on a rampage, supposedly because he saw two men kissing, in 2016!

I was one of these people that would always defend my religion and God my and say that all the bad in the world comes from people. That we brought it on ourselves. But I can’t make this argument anymore. You might say that I am weak, and it’s a lack of faith. But my faith in humanity has gone. Consequently my faith in God has gone.

I still have two thirds of Ramadan left. But my Ramadan so far this year, as my mum would say is a true reflection of my internal state of mind because in Ramadan, Satan is locked up in chains. So it’s all down on me, me not being able to reconnect with God is evil and that evil is within me. I really hoped to come close to you God, but instead I’m moving apart.