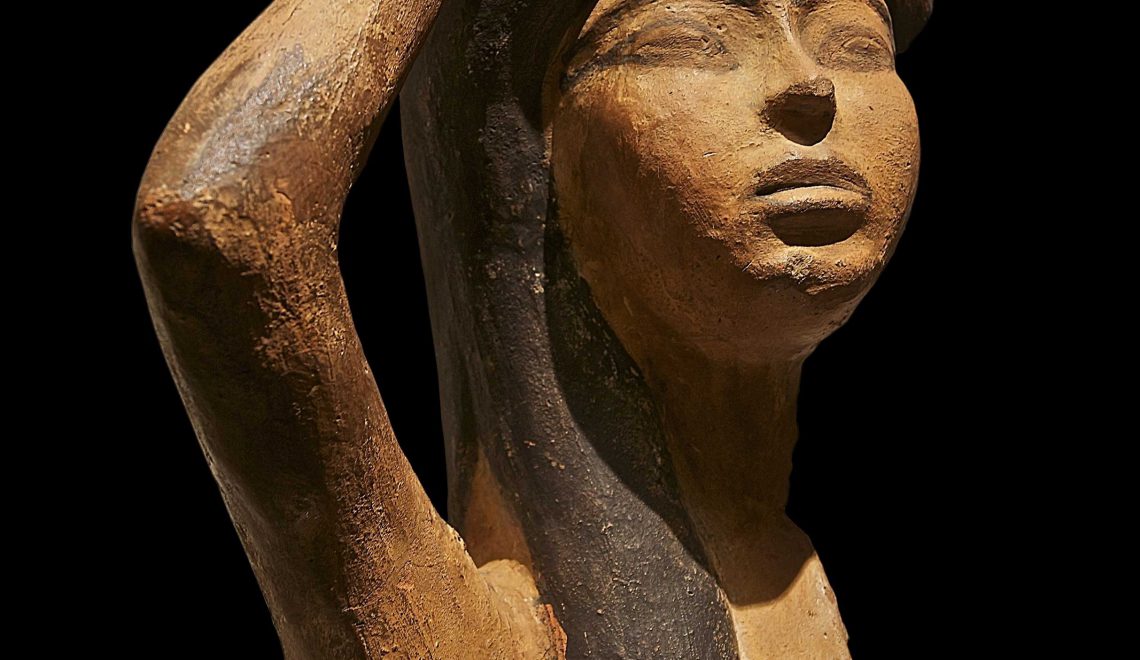 The Passion of Ishtar

I’m a poet and without even knowing it a lot of poems are about women’s struggles and how women have been seen as a passive subject, a fetish, a statue and never a person. I’m interested in myths and religions and I use these quite strongly in my poems. I write because I believe that sharing our experiences and making it into art is our only way to break free.

I would like to share my poem The Passion of Ishtar. It is a poem about Ishtar – obviously – the Goddess of Love and Fertility and her transfiguration into Tiamat. Both are man-made images of how women ought to be. Ishtar represented sex and beauty: she was carved, or imagined, as a thick woman with heavy breasts ,and symbolised by a serpent and the planet Venus. People of the Mesopotamian religion thought that women were sacred because they gave pleasure, life and because they bled. You see blood was -and still is – sacred because it followed the phases of the moon. This has been associated with divinity, so they created Ishtar and worshipped her. Afterwards, Ishtar has been transfigured into Tiamat who has a great story too, for she is the creator of life. She is the Mother Goddess who was pregnant with Gods and was cleaved into two halves by Marduk; one became the skies and the other became the seas. And that made her the Mother and The Earth.

Of a land between two rivers, sing I

Etched by the men from Mars,

Alone I stood ahead of Cetus.

Carved in clays and stones,

For the sinuous serpent had me lacking bones.

In a chest of seashells

My feet of stones shattered

Of the standoff, what mattered?

I am near collapsing.

In a cavity of stubborn seas,

In spite, I’m driven out of sight

In a room put.

I prayed for the eclipse of moon

Or at least the endless swoon.

Not a blood womb.

Over and over until my voice shiver;

It’s not the time for my womb to quiver.

I am expanding to a fetish.

Dimming skies, awaiting crowd, and then;

It happened! I am Holy! A fertile field for the eunuchs!

Life has emerged in void;

Of noise and cries devoid.

There were no livings. Only four.

A man of dust and ground,

Followed by a maid of stolen ribs and whispers sound

And the owner of the circus.

Daughters of the maid,

They poured out the dry deserts

And I have become the worshiped of the two rivers

For I am the source of the newborns

Cast in gold and head-horns.

Governed by the faithless livers

Worn in stars and rivers,

I am the atonement of the sinful;

I am the virgin gift of the pious.

I am what was, what is, and what will be.

Look at me. Look deeply at me.

A depicted body of false imaginings.

A disease is what I witness;

There I stood; as an answer to a false prayer

Clowning for the world’s players.

Despite all chaos and drums,

For I couldn’t run without having to run forever.

Thoughts on a whim?

Time of the chant comes,

I hear in fear.

“You who did fashion us out of nothingness.

Lead us back naked skins

Return us whence we have fallen”

I lay my head into the deep sleep,

Not a Goddess. Not a fetish, just a creep.

During the deep sleep, my spirit leap

Out of rivers and the rubbish heap

I am ascended high above earth,

Clays washed to a skin—

In the air, I could hear whispers

Moving perfectly on the breeze

Voices leading me into the stream

Milk cream— Oh, how I will be falling into

An amnesia from the steam!

So that after all of the sufferings,

I could feel no pain.

Heading to the stream,

My collapse has come.

A belly filled with Gods is leaving me trembling

Hid the children in mud

Tearing the sheets, drowning the children in flood,

Now, I could see the stream drying;

A joke for a crying killer who is nearly dying.

In the dimming skies,

I watered the blood moon

Flowing down from my hips.

I prayed for the eclipse,

And an eclipse I have become.

A shadow of Jupiter.

Cold iron on my neck;

Must be a sword.

For I have broken the oath;

Of earth and heaven both

It is the time of the slain.

And an upper with a still heartbeat.

Of skies, my tears are the atoms,

I am the space of a wounded face.

Stars lit out of the stillbirth.

Of earth, I led to a firth;

I am the sea of what was once all I see

I am the oceans and the narrow rivers,

That planted greens and heathers.

Pain washed with every tide

Malak Alrashed is a girl who is obsessed with Literature, Philosophy and above all Poetry. She believes that Poetry is some sort of a secret language, a surreal painting portraying life -with all of the absurdity of it-, dreams and what it means to be.