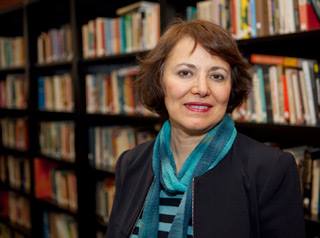 A Pakistani lawyer and internet activist, Nighat Dad is also the Executive Director of a non-profit organization, Digital Rights Foundation, Pakistan. In a ceremony at the Global Forum in Wroclaw, Poland, on Friday, she was honored with the Atlantic Council Digital Freedom Award for her efforts and dedication towards digital rights and ensuring a safer and more accessible Pakistan for women. The award recognizes extraordinary individuals and organizations that defend and advance the cause of freedom around the world.

Iranian authorities have arrested a Canadian-Iranian professor of social anthropology, the latest in a string of cases involving dual nationals which has prompted concern over the country’s political atmosphere.

Homa Hoodfar was arrested earlier this week after nearly three months of repeated questioning by the Iranian intelligence service, her sister told the Guardian on Wednesday.

The women were burned to death in iron cages because they refused to have sex with Isis fighters, the Kurdish ARA News agency reported.

Clooney will act as their counsel to hold the Islamic State accountable for the genocide, sexual enslavement and trafficking of thousands of girls and women.

In a triumphant win for the thousands of Yazidi women who have been enslaved by the Islamic State, Amal Clooney has confirmed that she will represent victims of the Yazidi genocide, including ISIS survivor and Nobel Peace Prize nominee Nadia Murad.