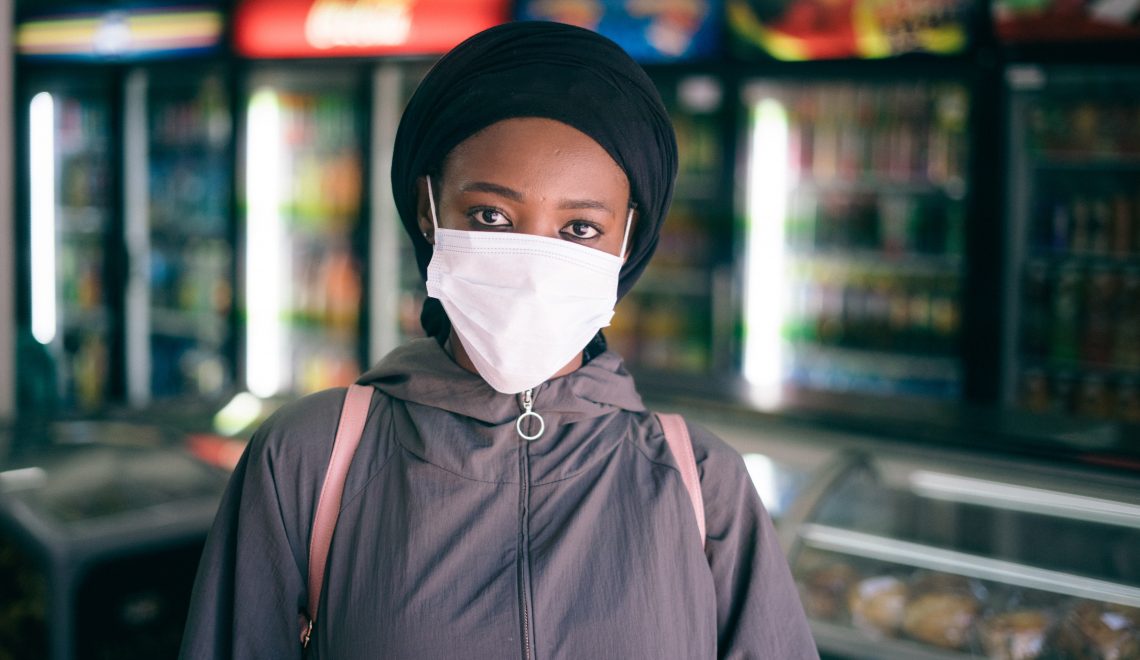 The previous ruling violated Muslim women’s freedom of expression and personal choice. Meanwhile, everyone else is permitted to choose the type of mask they wish to wear, from plain to colourful, from small to large. Even President Macron turned up at a school two weeks ago wearing a navy mask embellished with the French flag.

So, it appears that because the French and Canadians at large are now deemed to benefit, it is acceptable to wear a face mask, but not a burqa or niqab.

What is the difference?

The difference is that Muslim women are still penalised for expressing their religious beliefs; this is Islamophobia.

It is not just Muslims who have noticed the irony, but also religious freedom advocates and scholars around the world.

Fatima Khemilat, a fellow at the Political Science Institute of Aix-en-Provence said: ‘If you are Muslim and you hide your face for religious reasons, you are likely to be issued with a fine and a citizenship course where you will be taught what it is to be ‘a good citizen’. But if you are a non-Muslim citizen in the pandemic, you are encouraged and forced as a ‘good citizen’ to adopt ‘barrier gestures’ to protect the national community.’

Will the wearing of these masks damage community relations, which was one of the reasons given for implementing the burqa ban? Hardly. Masks or not, the world seems to be communicating effectively during this crisis.

In fact, the World Health Organisation has stated that ‘there is not enough evidence for or against the use of masks (medical or otherwise) for healthy individuals in the wider community.’ As Tom Welsh pointed out in his Telegraph article, the wearing of masks still requires common sense if they are to afford any sort of protection: ‘One trend is for the bit of fabric that should cover your mouth and nose to instead cover your chin; I have seen a fair few smokers puffing away with their mask dangling off one ear.’

Following the burqa ban in April 2011, France experienced a rise in Islamophobia. In November last year, France was described as experiencing a witch-hunt against Muslims following the stabbing of four policemen by a colleague who had converted to Islam. Again, the actions of a minority had sparked the demonisation of the majority. Shortly after the above attack, a local Dijon politician asked the council’s president to order a Muslim mother to remove her headscarf or leave the assembly. This was followed by a series of television and radio debates. None of these included any headscarf-wearing women, which clearly is unfair and counter to the principle of egalitarianism. Contradicting his own government’s ruling, President Macron said that no one should be stigmatised for wearing the headscarf or veil.

According to the European Convention on Human Rights, this ban appears to breach some of the rulings, such as Article 9: Freedom of thought, conscience and religion; Article 10: Freedom of Expression; Article 14: Prohibition of discrimination and Article 17: Prohibition of abuse of rights. The Executive Director of Human Rights Watch, Kenneth Roth, recently tweeted: ‘Can the Islamophobia be any more transparent? The French government mandates masks but still bans the burqa.’

The mandating of face masks to prevent disease transmission reveals how illogical and hypocritical legal restrictions on Islamic dress are. It shows that it’s time to respect Muslim women’s right to free expression by ending the so-called ‘burqa ban’ for good.

Cllr Rabina Khan is one of the most influential politicians in London. She serves as a Liberal Democrat councillor and is currently a Special Advisor to the Liberal Democrats House of Lords. She was the first Muslim woman to hold the portfolio for Housing and Regeneration (2010 to 2015). Rabina is a prolific writer and contributes regular topical articles in the Guardian, Independent, Huffington Post, East London Advertiser and The Asian Voice in addition to participating in current affairs' programmes and radio shows.