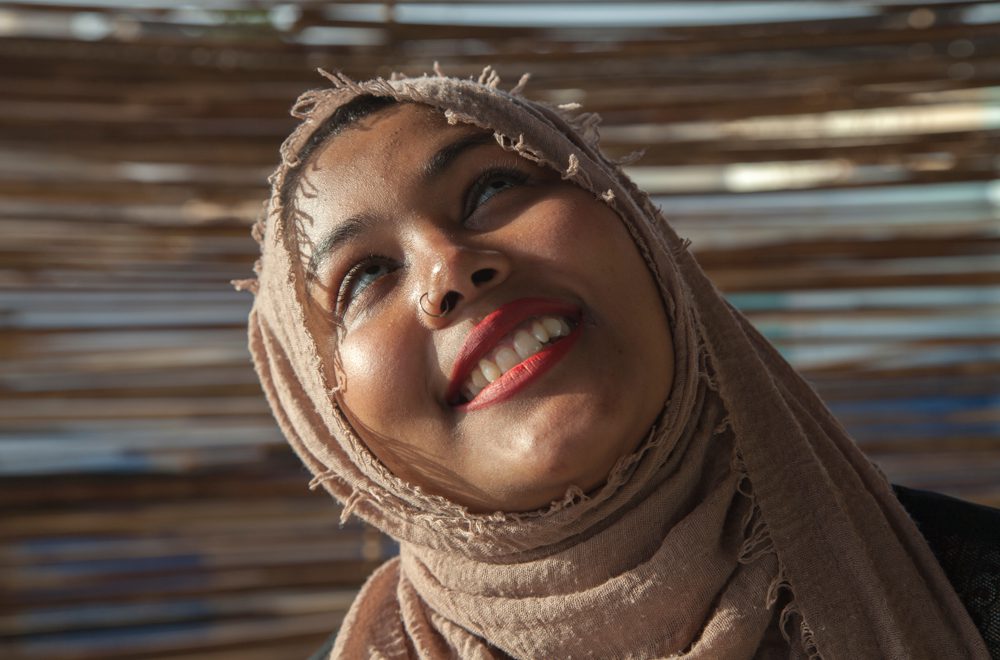 Colourism in the Arab world

Art is often used as a tool to explore and represent attitudes and issues of the time. Be it in Hollywood, US and UK Music trends or the behemoth that is Arab Pop and Cinema – the vibe of a nation can be found within its varied forms of artistic expression. More than that, however, what is considered acceptable in art also speaks volumes.

There has been a rise in what is called ‘Cancelled Culture’ – a modern version of ‘shunning’ for this digitalized, social-media age – which has seen whole careers disintegrate as a consequence of unfavourable and/or offensive actions. This trend seems to only be prominent in the West: there are many occasions in which racism and bigotry has not only been ignored, but lauded as entertainment in the Arab world.

Haifa Wehbe, one of the more recognised Arab names worldwide, has had her own share of controversies throughout her career. One of the more disgusting ones related to a song called ‘Baba Feen’ (‘Where is Daddy?’), from a children’s album she released. The song centres around Wehbe trying to put her son to bed. The boy insists on finding his toys beforehand. One of his demands is a teddy bear – that’s normal right? My little sister has a favourite teddy bear that she can’t sleep without. It’s a normal thing. But straight after that the little boy requests … a ‘Nubian Monkey’. Yeah. A ‘Nubian Monkey’.

Nubian people are a marginalised population in Egypt, despite being one of the oldest African civilizations. When this song came out there was an outraged reaction from the Nubian community, who were horrified that this song was released and played with the offensive lyric unchanged. Wehbe eventually released a statement claiming it wasn’t her fault, and that an Egyptian writer had told her that ‘Nubian Monkey’ was the name of a game popular amongst children. Despite the reasoning making no sense in the context of the lyrics, Wehbe and her team bizarrely thought ‘Nubian Monkey’ being the name of a game was somehow more acceptable. What else was done to address the issue, you’re asking? Absolutely nothing.

This incident may be ‘old news’ to those who require up-to-date racist incidents, as if humiliation and bigotry have expiration dates. Another more recent controversy is the music video, ‘Goumi’ (‘Get Up’) by Lebanese artist Myriam Fares, which was released in December 2018.

The theme of the video looks like someone Googled ‘Tribal’ and ‘African’, then vomited them on a mood-board. Complete with an intro consisting of random people hiding amongst leaves to what sounds like the backing sounds of The Lion King soundtrack, the entire video is an African-smoothie ripping off at least four different countries for whatever looks ‘tribal’ enough. Most offensive of all however, is the head-to-toe blackface which Fares adopts halfway through the offensive spectacle.

Thanks to the current age in which ignorance like this is no longer swept under the carpet, many outlets called Fares out on her appropriation of several tribal cultures. However, Fares doesn’t appear to acknowledge the offence her video has caused. Instead she celebrates the views that her homage to archaic impressions of Africa has racked up.

When it comes to racial matters, discourse focusses on the concept of White Privilege. In these instances: Haifa Wehbe dehumanizing Nubian people to ‘monkeys’ and Myriam Fares dressing up in ‘African-aesthetic’, we must acknowledge a different type of privilege – skin tone. A fair-skinned woman donning an African-style headwrap whilst in full-body blackface is outrageous in a continent that still limits dark-skinned representation in their media, particularly of darker-skinned women. The entire video is tone-deaf; essentially a mockery of darker-skinned Arabs in the Middle East.

Within a world that still uses black skin as a punchline, using black-skin as decoration to fit into the theme of a convoluted, confused ‘African-mixer’ mess of a music video is the epitome of the fair-skinned privilege which is held by many female Arab popstars. That dulcet tones come from a woman who is fair-skinned and puts in coloured eye-contacts to cover her brown eyes, makes her comparison of black people to monkeys even more ignorant. Blackness isn’t an issue of covering your eyes with contacts and your skin with cosmetics or having surgery to ‘fix’ your features – its an issue of being enveloped in a colour which has been deemed ‘wrong’, and having to deal with unchecked public humiliation because of that.

For every positive sentiment uttered about dark-skinned Arab women, there is a whole slew of narrow-minded diarrhoea spouted to counter it. We as a society speak about low self-esteem and body-image issues amongst our young girls, and yet we allow popular music videos to throw out the message that ‘Black skin is inferior’, ‘Black cultures are decoration’ and so on.

Does the self-esteem of dark-skinned Arab girls not count? Do we only care about light brown girls who look to Haifa Wehbe, Myriam Fares and others for inspiration? Do we continue to praise Arab popstars for embracing their sexuality, femininity and independence in the face of strict cultural roles – despite the constant dark-skin prejudice they also peddle?

The idea that these popstars aren’t aware of how their offensive, colourist videos and lyrics affect dark-skinned people is ludicrous. There is immense self-awareness – how else can we explain the uniform nose-surgeries, light contact lenses and skin brightening? The complexion ideal is well-established all over Middle-Eastern media, and regularly upheld by prominent popstars. More must be done to stamp out this prejudice against dark skin that too many people choose to ignore.

Fair-skinned, thin-nosed women with light eyes are what seems to be the image of ‘beauty’ in places where dark-skinned, wide-nosed women with dark eyes are also prevalent. There’s no denying the diversity of appearances in such a large place as the Middle East – from skin to eyes, women come in a variety of shades. When you ignore the dark-skinned women, and the women without surgically crafted features, you perpetuate the idea that these physical traits aren’t ‘good enough’ for representation.

We must embrace ALL of our sisters in the name of unity. Feeling desirable and beautiful shouldn’t be limited to those who the mainstream media constantly tells us are the ‘ideal’.

Cyrine Sinti is a Bellydancer, Writer and Aerial Performer. She enjoys writing about current issues and issues faced by W.O.C worldwide. Cyrine is a fiction-writer who is passionate about injecting more ethnic protagonists into the literary world. Cyrine can be found online on Twitter and Instagram @cyrinesinti