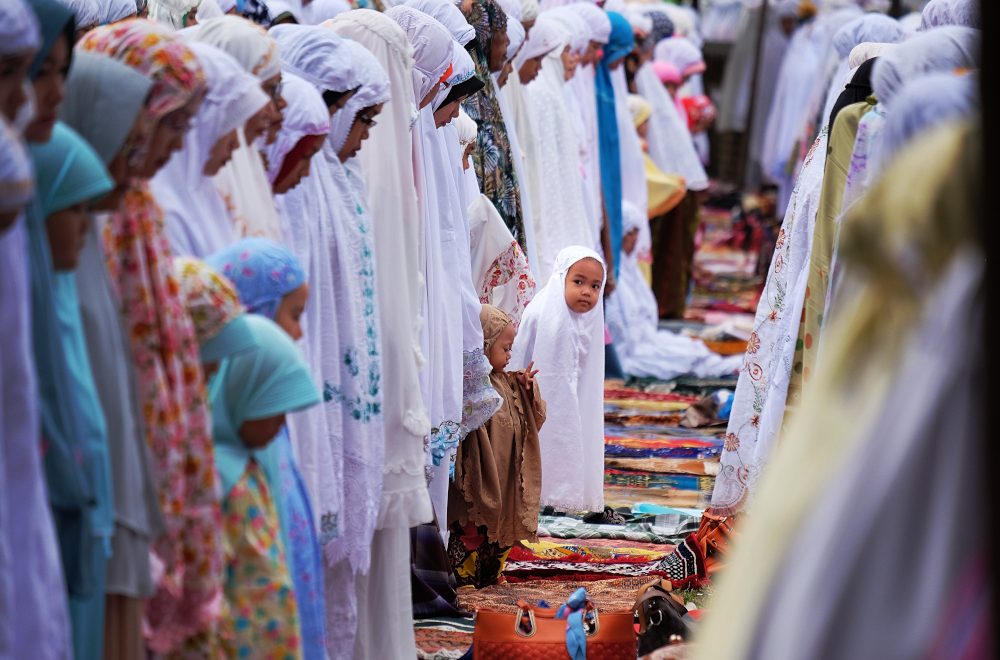 In recent years, Indonesia has seen an increase in female terrorism. The case I remember most was the story of Dian Yuli Novi, a former Indonesian migrant worker who had intended to perform a suicide bombing at the Presidential Palace in Indonesia in support of ISIS. She had constructed a bomb, which she made from a pressure cooker. Fortunately she was caught in December 2016 before she could execute her crime. Before this attack, women were often considered to be above suspicion of terrorist offences. This has allowed them greater access to perpetrate crimes.

Dian had been groomed to become the next martyr by being married off to a fellow martyr. A recent study on women and terrorism by Leebarty Taskarina describes the experiences of two women – Humaira and Nurul – who were interviewed as part of the research. The two women had different stories on how they came into contact with terrorist groups.

Humaira came from a family which was living in poverty. The only way she could imagine getting out of poverty was to marry someone and hope for a better life after marriage. She was also enthusiastic to learn about Islam. Hence she married Bimo, a leader of the Mujahidin Indonesia Timur (MIT) (East Indonesia Mujahidin), even though he was a wanted criminal in Poso, Central Sulawesi (Celebes).

Nurul, on the other hand, had led a pretty liberal life. She had even worked for the Church World Service. Her life took a turn when she married Fadil, a member of MIT. She did not know the role that Fadil played in Bimo’s group. She and Humaira became trapped in a shooting between the police and Bimo’s terrorist group. Nurul was stranded with the terrorist group and forced to camp in the jungle.

Dian and Humaira had both been exposed to radical Islamist ideas. Nurul had always been an observant Muslim, if not a radical. All three women were disempowered through  patriarchal narratives drawn from the Qur’an and Islamic teachings. They all saw marriage as their role, and for them, marriage meant that they could never question anything that their husband did. They were taught to obey – whatever the husband demanded them do – even if that meant sacrificing themselves via ‘martyrdom’ in suicide attacks.

Dian felt that the only way to feel empowered was to join a terrorist group and to choose to become a martyr – as her husband’s terrorist group had suggested. Humaira was excited whenever her husband gave her lessons in how to use a gun. Nurul had always obeyed everything her husband told her to do without question. These women were under patriarchal subordination. The Muslim narrative that they had absorbed gave them no place and no choice to decide for themselves. Patriarchal religion plays a significant role in subjugating women.

Hence we need to ask how can we increase women’s resilience against radicalisation?

Poverty is the underlying problem that made these women succumb to terrorism. Dian was marginalized by her poverty. She had fled to Singapore to look for a better life. It was when she was in Singapore that she came into contact with extreme radical groups. Indonesian migrant workers are known to be vulnerable to exposure to radical extremist understandings of Islam through social media. Poor living conditions also led Humaira to choose marriage to an extremist as a way to achieve a better life.

Yet the state only seeks counter-terrorism measures and ways of mitigating terrorism through developing deradicalization programs and campaigns. There is little attempt to address underlying issues such as poverty. While there are middle-class Indonesians who are drawn to ISIS, many of the women trapped in terrorism have no access to better education and no support system to financially empower them and allow them to live independently.

The government of Indonesia has not been doing much to address the issues faced by women in poverty. Male public officials tend to subscribe to patriarchal views. During the Covid-19 pandemic, a number of public officials like the regent of Lumajang, Thoriqul Haq said that young widows should not accept cash aid from the government. He proposed that these women be married off instead. Marriage is still seen as women’s getaway out of poverty by those in power.

We can also observe how social media nowadays tends to glorify child brides. Girls as young as 16 are being urged to get married. A movement called Indonesia Without Dating, urges girls to get married as soon as they reach puberty. Their approach to avoiding ‘sinful’ premarital sex is to make girls marry as young as possible. They do not take into account the maturity levels of the girls and young women they encourage to marry. They also promote the idea that for women, domesticity is the only way to achieve heaven.

More often than not, women’s education, well-being and livelihoods are not taken into consideration when our society talks about deradicalizing Indonesian women as a whole. The government and society itself tends to ignore women’s situations. That is why we need a better understanding which looks at the underlying causes of women in terrorism rather than replicating the patriarchal structures which leave women open to indoctrination.

We need to examine female terrorism by taking a closer look at the relationships between poverty, marriage, and grooming via social media. Addressing poverty is one of the keys to ensuring young girls have better access to education. Beyond that, we need to build a better support and mentorship system that will empower young girls and women and empower them to liberate themselves from the shackles of patriarchy.

Increasing the standard of living and investing in the education of young girls and exposing them to a more woman-friendly narrative of Islam can also help them to understanding their purpose and encourage them to contribute better to society. We need to make sure that the steps we take involves young girls and women affected by their livelihood. Thus we need to put a more radical and comprehensive effort into deradicalizing women and mitigating the impacts of radicalisation. To do this, we need to challenge the systems that these vulnerable young girls were born into, and create a better society.