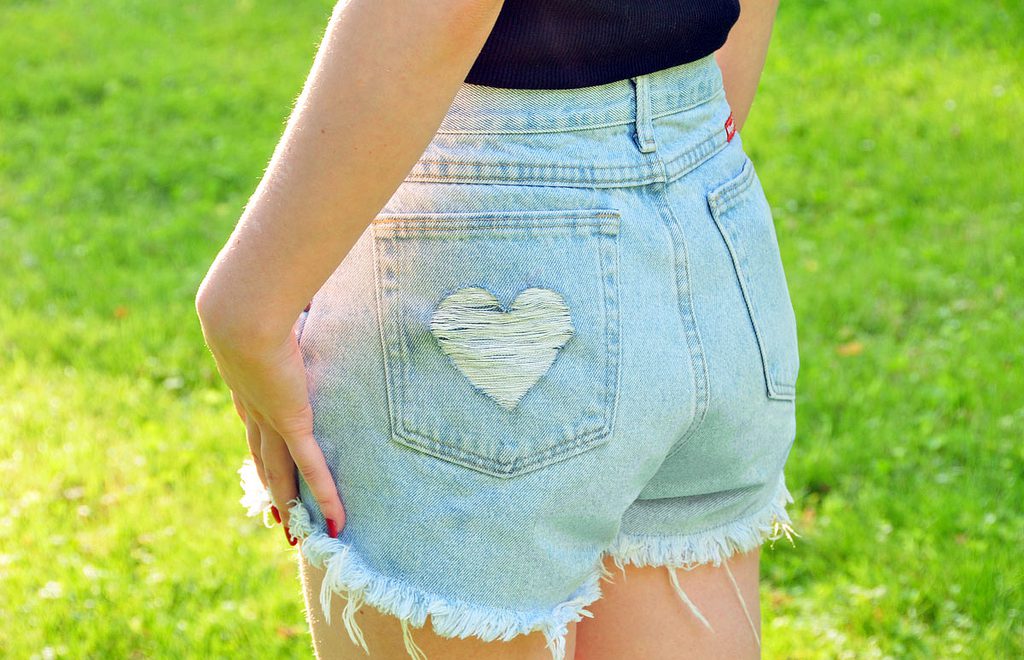 Can I wear this in Turkey?

I was born on the west coast of Turkey, in Izmir: one of the least conservative and most secular cities in Turkey. I was registered as a Muslim. That’s how it works in Turkey; as soon as you’re born, your religion is stated on your ID card, with the religion your parents select for you. So the lottery hit me with Islam! So much for secularism! But in my family, religion was more like a superstition; useful when we wished for something. Religion had no impact on my life. An Aegean city, with high temperatures during the summer, meant shorts, tank tops and dresses. There were no hijabi women in my family, nor in the neighbourhoods in which we lived. The only women I saw covering their hair were those who wore a headscarf after the fashion of the 50s and 60s. Nothing like the modern idea of a hijab.

Moving to Istanbul for my university education was exciting, but I soon saw a different side of Turkey. I have to admit that I hadn’t seen much of Turkey before moving to Istanbul. My university campus was located in a conservative neighbourhood. Most of the women I saw on the streets wore a hijab, except for the students. I did not feel like a minority to be honest; I just accepted that there were women who chose to dress modestly.

As the years went by, and as I explored every inch of Istanbul, I started to have to ask myself: ‘Will I get harassed if I go out in this neighbourhood?’ In some neighbourhoods, strange men would pinch my bottom, or whisper in my ear the things they would do to me if I was in bed with them. Experience teaches. I started to avoid those neighbourhoods. However after graduation, I started to work in one of the most conservative areas in Istanbul: Fatih, Carsamba. Rarely did I see a woman without a hijab. A majority wore burqas. Elderly men spat at me because I had tight jeans on. Children as young as two years old were in Koran lessons. Little girls in burqas, little boys in taqiyahs (skullcaps).

Many people constantly criticised my clothing, my lifestyle; the person that I was. There, I learned harassment was not directly linked to neighbourhoods but to people’s mentalities. Religion was an ideology, and this ideology could be shaped by anyone. It could also be used to force rules on how people lived their lives, especially women. My whole existence as a woman was a threat to Islam.

As I said, experience teaches, so I had to ask myself another question: ‘Will I get harassed on the street if I wear this outfit?’ Even back in Izmir, in my secular private school, girls were not allowed to wear skirts above knee height. Rebellious girls who wore them above knee height were slut-shamed. I was one of them. But what I experienced in Istanbul as a young woman was different. It was harsher. The more I tried to resist the restrictions placed on the way I chose to dress, the more I was harassed. Little by little, I was changing the way I got dressed. ‘This will just get me in trouble. I should not take this to Istanbul’ I would tell myself, as I half-heartedly folded my dresses and tank tops into the cupboards at my parents’ summer house.

It didn’t take me much time to adjust to living as a woman in Istanbul. This might sound strange, but even the way I walked had changed. I would keep my head low as I walked on the streets and avoided eye contact with people. I would tuck myself into the corners on public transport. And these were just the physical outcomes. I don’t dare talk about the psychological ones; the gossip and the communal pressure on how women live! I felt out of place. I felt exposed, and the more I tried to hide myself, the more I felt like my existence was only there for the pleasure of the male gaze.

Meanwhile the political atmosphere was changing as well. Erdogan’s ruling party, AKP, who claimed to be liberal and egalitarian when they took power, started showing their real, conservative face. Step by step, they introduced new conservative rules and regulations, which affected women and those who wanted to live a secular life. For me, the realization came in 2011 when they changed the name of the Ministry of Women, to the Family and Social Politics Ministry. They wanted women to be erased from society, only existing as part of a family, as a mother, but nothing else. Intentionally erasing the word “women” from the ministry, speaks for their entire politics on women! In 2012 I decided to leave Turkey, and by 2013 I had moved to Paris, France for a job.

Here I am, writing my story for you, still living in Paris. I’m not saying it’s the best place for a woman to live, however it’s somewhat better than Istanbul. I have to admit that it took me a lot of time to understand that the Turkey I knew was just an illusion. I was privileged, as I was raised in a middle class family who provided me with a proper education and were not particularly religious. Most importantly, even though I did rebel a lot during my adolescent years in order to live my life the way I wanted to, at the end of the day, I could. And I was not murdered for it! That was a big privilege. I had no idea that it even was a privilege.

Now, I follow what’s happening in Turkey for women, and as a feminist, and as a former activist, my heart breaks into a million pieces. Every other day I read about a woman being attacked on the street because of the way she’s dressed. The last one I read was from my home city: two women were sexually harassed on the street. They asked the policemen who were standing at the corner for help. And what did the police do? They physically attacked the women, saying that they deserved to be harassed because of the way they were dressed. What’s next? Whipping women in public because the way they are dressed is not modest enough? I’ve been saying this for a very long time, but it feels scary to write about it publicly; I think a compulsory hijab law in Turkey is not very far away. 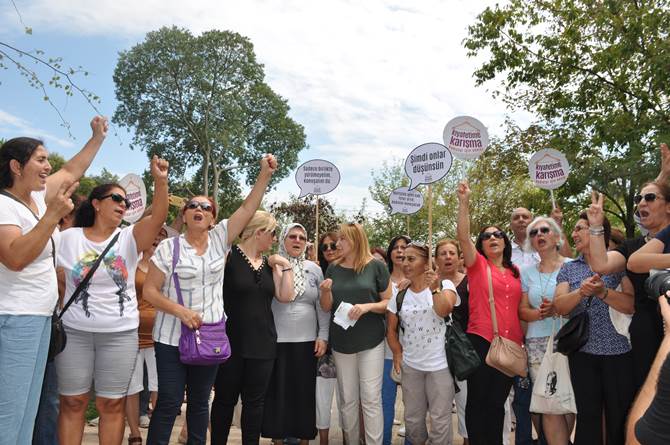 Yet I trust that my feminist sisters will fight against it. They have already started a ‘don’t mess with my outfit’ campaign and are protesting every single time a woman gets harassed because of the way she’s dressed.

For conservative males, the main source of empowerment is dominating women. Conservatism and religion together are like a poison that leaks into society. It gains power from its ambiguity. I do not care what is fake or what is real when it comes to religion. All I know is that religion is used to damage women’s rights in Turkey, and will not stop unless we fight against it!

Dilâra Gürcü is a feminist writer and former activist from Turkey, currently living in Paris. She’s the author of the book “Aramızda Kalmasın” (No Longer Between Ourselves) which focuses on the taboo issues around private lives of women and declaring that personal is political. She writes for Turkey’s first independent internet journal T24 on feminism and LGBTI+ rights. She actively participates on various feminist projects for Turkey and France.