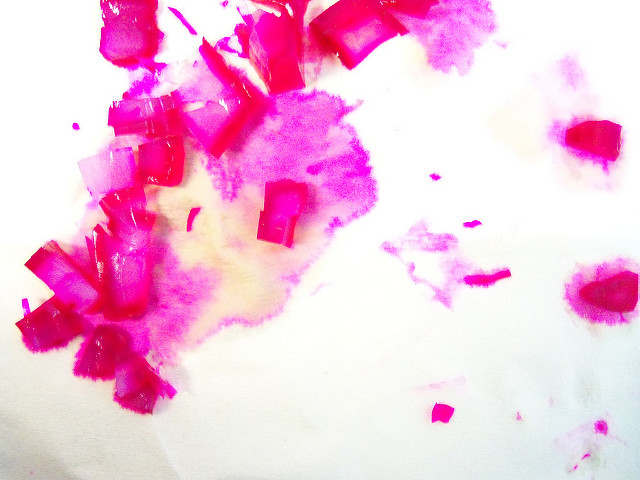 FGM is a crime. It must be prosecuted.

The little girls cried, screamed, and bled during the procedure; their own loved ones held their little arms and legs tightly to make it easier for the charlatan practitioners to mutilate them.

These girls were subjected to Female Genital Mutilation in the clinic of Dr Nagarwala who recently avoided justice when US District Judge Bernard Friedman dismissed the case by declaring FGM law ‘unconstitutional’.

The arrest of Dr Nagarwala and six other people accused of performing FGM on multiple little girls was a ground-breaking first case of an FGM arrest in the USA. It has sadly ended up in despair with little hope to protect potential victims being put through insufferable pain and trauma during FGM operations, justified in the name of religion and culture.

Judge Bernard Friedman has passed the responsibility onto individual states to regulate FGM related cases, with the likely knowledge that half of the states in the US don’t recognize FGM as a crime while other states have been unable to implement already enacted FGM laws.

It is no secret that FGM is as prevalent in the USA as in any other part of the world. This issue can hardly be regarded as ‘local criminal activity’ when it is prevalent across the United States, and where efforts to eradicate this barbaric practice are far from satisfactory. This particular case involved girls from Michigan, Illinois and Minnesota, where FGM is prevalent in immigrant communities.

It is a grave matter of concern that despite having FGM laws instated , the above mentioned three states have demonstrably failed in prosecuting any of the multiple cases which have taken place in their territories, let alone cases where girls were being mutilated abroad.

It is certainly not a responsible act leaving these vulnerable girls at the mercy of an individual state when there are such devastating ramifications. The decision seems to have given a conspicuous carte blanche to abusers, allowing them to carry on with their obnoxious beliefs, no matter how harmful they may be.

Forms of Female Genital Mutilation can include removing the clitoris and labia minora, narrowing the vaginal opening, pricking, piercing, incising, scraping, stretching and cauterizing the genital area, sometimes performed in unsanitary life-threatening conditions. According to a WHO report, more than 200 million girls and women have gone through FGM. A shocking three million girls and women are estimated to be at risk annually.

The accused doctors and parents claimed that they were merely performing a ‘benign religious ritual’; an extremely offensive claim. The defendants, who belong to an Indian Muslim sect known as Dawoodi Bohra believe FGM to be a religious ritual, requiring a minor ‘nick’. Despite this practice being declared ‘un-Islamic’ by mainstream Islamic scholars, they unabashedly distort the facts by renaming Female Genital Mutilation as female circumcision. Besides, the FGM Act of 1996 makes any procedure to mutilate genital area of an underage girl a crime in the United States.

However, many clerics challenge the writ of the state by overtly supporting FGM under the pretext of religious freedom. US born practitioners mock the rule of law by performing FGM on multiple girls every year. Parents disregard their duty of care to their children by committing such horrors. Ultimately, they all remain untouched through taking advantage of loopholes in the laws.

Activists and survivors have struggled to nudge the US authorities to make effective FGM laws and protect little girls and women from this form of violence thinly disguised as a community practice. But these efforts have not yet proved conducive to bringing culprits to justice. Tiptoeing around region and culture is an impediment to addressing this inhumane practice. This has undermined the FGM debate, which has resulted in an increasing number of victims with every passing day.

Ironically this decision came amidst the victory celebrations of the first two Muslim women elected to congress. Some moral courage might be expected from these Muslim women representatives in order to raise this issue in Congress in upcoming days.

llhan Omar, one of the new Congresswomen – who comes from Minnesota, a state with a high rate of FGM victims – has already been critical of a bill backing strict punishments for parents who make their children go through such heinous procedures. Minnesota authorities have been unable to pass into law a bill meant to include parents as accomplices to the crime of FGM. At first, Omar, who is the country’s first Somali-American legislator, supported the bill wholeheartedly but later expressed some reservations regarding its implications. Her reservations must be weighed against the possibility of more little girls being put through a procedure of life-threatening and unalterable mutilation.

As a result of pressure from so-called community leaders the bill has been postponed. This not only demonstrates a lack of commitment at a leadership level but also a lack of courage to confront practicing communities.

Although these community representatives have a duty to raise issues concerning women’s welfare in Congress and strive to legislate to prevent human rights violations against children and women, it is also the responsibility of the silent majority to speak out, and to refuse to allow an unrepresentative minority to manipulate laws and traditions and to take decisions on their behalf.

Multiculturalism hides some abhorrent and despicable human practices behind its façade which need to be called out without hesitation. FGM is a human rights violation which should be considered a crime against humanity at all levels, especially when pre-existing laws are not sufficient to hold the culprits accountable.

There is a dire need for progressive law making at a state, as well as at a federal level in order to eliminate the practice of FGM and to set a precedent for upcoming generations. It is a moral obligation upon us all to ensure this issue is not buried until the last vestiges of this horrible practice are completely uprooted.