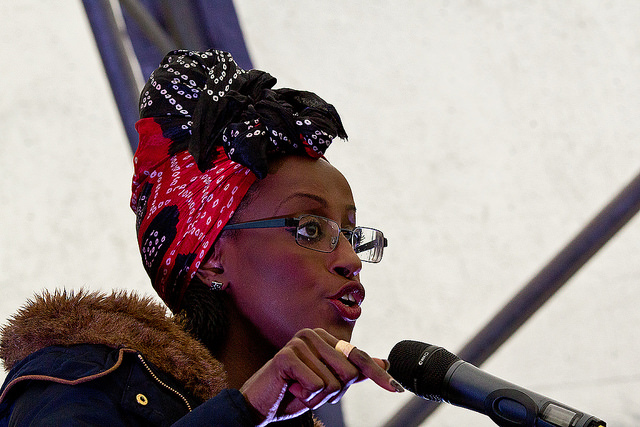 FGM: Do we need to die to be taken seriously?

I was just seven years old when I had an experience which people would now call a #MeToo moment. That makes it sound so ordinary, but what happened to me should never be seen as normal. It was terrifying and traumatic and one of the most grievous of all possible assaults on a girl. My sister and I were told that we were having a party. She was only six years old at the time. Relatives and family friends came to our house. We were excited, looking forward to a special day. We were taken to another room to get ready and suddenly, shockingly, a piercing howl of pain rang out. Just as I was realising that it was my sister crying out, I was grabbed by the women in the room with me. They were my aunties: people I loved and trusted. I was pinned down. My underwear was removed. Then I felt searing pain before blacking out. My sister and I had undergone a practice known as female genital mutilation or FGM – but let’s call it what it really is. It is child abuse. It is a serious sexual assault. It is a human rights violation. It is one of the most extreme forms of violence against girls and women – and it happens many times every day.

I am one of 200 million girls and women worldwide who are living with the lifelong consequences of FGM. Many of us die during the procedure from shock, extreme blood loss and even heart attacks. Imagine the level of horror and pain that causes a healthy seven-year-old to have a fatal heart attack.

Other girls get infections that can’t be cured due to lack healthcare support. Those of us that survive are the ‘lucky ones’, yet we have to deal with lifelong physical and emotional trauma every day, for the rest of our lives. I am one of the lucky ones—among the luckiest. Thirty years later, I am now a feminist activist based in London and working globally to protect girls from FGM. I have devoted my life to fighting for the rights of women and girls.

So you can understand my shock when I learned that some of my fellow feminists and activists do not share my outrage about FGM. Too often women who proudly claim to be fighting for women’s rights say to me, ‘Well Leyla, female genital mutilation is a cultural practice which women choose to undergo.’ or, ‘It’s their religion so we shouldn’t interfere. This isn’t a feminist issue.’

In her book The Whole Woman internationally acclaimed feminist author Germaine Greer argued that laws against FGM were an attack on cultural identity. Over the following years since, she has continued to make similar controversial statements about FGM to the dismay of campaigners. In 2015, philanthropist and girls’ rights advocate Melinda Gates tweeted support for a controversial article by Olga Khazan which many felt excused FGM on cultural grounds. In 2016, The Economist magazine published a leading article arguing that promoting ‘mild forms’ of FGM would be an acceptable strategy to make the practice less harmful overall. Really? I don’t hear proposals that we should permit mild sexual assault on children in order to prevent more violent attacks. Child abuse should not be acceptable in any culture.

It is more common for feminists and others advocating for women’s rights to be silent on FGM. High-profile women have rushed to their social media accounts to join the #MeToo and #TimesUp campaigns, but how many of those tweeting about sexual harassment in the workplace or unequal pay are expressing solidarity with their sisters who are campaigning against FGM? It’s not so much that I’m asking for #EndFGM to be part of the #MeToo movement, but I do believe #MeToo and its supporters need to recognise FGM as a sexual violation against the girl child.

I joined the Women’s March in London in both 2016 and 2017. We heard passionate speeches about sexual harassment, domestic violence, rape, reproductive rights, transgender rights, refugee women and the need for more women in politics. I was proud to support all those fighting for a more equal and better world. I was also heartbroken that the organisers had not put our fight to end FGM on the main platform. According to my sister campaigners against FGM this happens over and over again.

I’m sick of having conversations where I need to yet again explain why female genital mutilation is wrong and detail how harmful it is. As a survivor of this practice it is extremely hurtful. It feels demeaning when people do not understand why this is a big deal. So many girls and women are affected by this. It is equivalent to a girl being mutilated every 11 seconds. We should all be outraged, especially those who are fighting for gender equality. We need to address all forms of oppression against girls and women. Unless we tackle FGM, we continue to fail millions of girls each year in the most horrific way.

Don’t get me wrong. I am pleased to see women and men coming together to call out sexual harassment and demand that perpetrators are held to account for their despicable behaviour. I was glad to take part in the Women’s March and to be part of the #MeToo movement, but this needs to be about all of us. Let’s be honest, FGM is an extreme way to control women. It is an attack on female sexuality. We need a better sense of priorities to put the worst crimes against women and girls at the front of our platform.

Ending FGM needs more than a few media pieces from myself and other campaigners, or well-meaning organisers adding FGM to a long list of ‘issues’ at women’s rights conferences.  The system needs a drastic shake-up. Feminists, including those based in the US and Europe, should be leading the way. FGM is not an African problem. Over 500,000 girls and women have undergone or are at risk of FGM in the USA. It is not a cultural or religious issue. FGM is a global child abuse scandal. I call upon all women who are passionate about girls and women’s rights to step up on this issue. Think how much we could move both the discussion and level of action on this if we had powerful women like Oprah Winfrey and Michelle Obama regularly speaking out against FGM.

Organisers of events like the Women’s March and other women’s rights events must do more too. Those with a public voice should make an effort reach out to others who do not. This will mean that sometimes you have to step down from the speakers’ platforms and make space for the #EndFGM campaigners to speak for themselves. Let them speak about their issues. Let them tell the world what they need. They are not just victims whose pain is to be used to support your campaigns.

Just as the privileged must sometimes step aside, it also means that those of us from underrepresented groups and those who the media deem to be not newsworthy must step up. Let’s claim these public spaces as ours too. #MeToo was started by Tarana Burke, a black American activist. Whilst Hollywood’s women made it a global phenomenon which has become whitewashed, it doesn’t have to stay that way.

The intersection with race is important in the discussion of the feminist response to FGM and worthy of a detailed article on its own. For my documentary The Cruel Cut, I interviewed Felicity Gerry QC, a leading legal expert on FGM. I asked her why more wasn’t being done to stop FGM in the UK. She said that we wouldn’t need to have the discussion if it the vulvae of white girls were being mutilated.

Issues predominantly affecting women of colour are often left out of mainstream discourse. We need to change that. Women are expected to be docile, but sometimes getting angry creates the energy necessary to bring about change. I am enraged that FGM still happens. This angry black woman will be taking my campaign into the spaces created by #MeToo, #TimesUp and the Women’s March, demanding the space to speak for myself. I, along with other campaigners, am already in touch with Women’s March London about how we can work together. If you want to make progress on the issues affecting you then join me. Our voices will be louder together.

I’m not asking for FGM campaigning to be made a part of the new wave of feminist campaigns such as #MeToo. I’m asking the supporters of these campaigns to recognise the harms of FGM as a sexual violation of the girl child. If the fight for girls’ rights is important, then so is justice and support and providing a space to speak for the girls who are subjected to FGM – a crime which happens every 11 seconds.