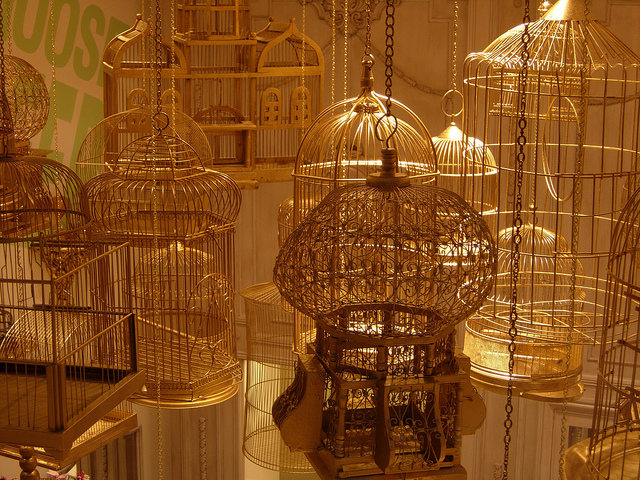 ‘Congratulations! You finally made it into the golden cage!’ This is one of the sentences I hear when a woman gets married. I always wondered what was inside that ‘cage’ and why it is described as such. It made me curious to know more, and to understand the concept.

The phrases don’t really match. Golden refers to privilege and class, but a cage refers to the state of being imprisoned. How can they be put in the same phrase? I believe they have been put together to create an illusion. Young girls are led to think that marriage is perfect. In a society as closed as Libya, traditions still dictate marriage practices. Other kinds of marriage are considered against the rules.

Girls spend years picturing the Prince Charming who would come to their rescue. They imagine a flawless marriage. At some point, they begin their hunt for Prince Charming. They forget about education and independence. They are only worried about marriage. Many are still fooled by the concept of the golden cage. They don’t realise that the cage can turn out to be dark. As the old saying has it, ‘All that glisters is not gold.’ We should describe marriage to younger generations, both girls and boys, in terms of partnership and cooperation. They should aspire to have healthy relationships in the future, rather than fake and image-oriented ones. I hope to see more girls becoming aware of their rights and feelings and becoming able to fully realise the reality we live in, instead of creating a world of fantasies.