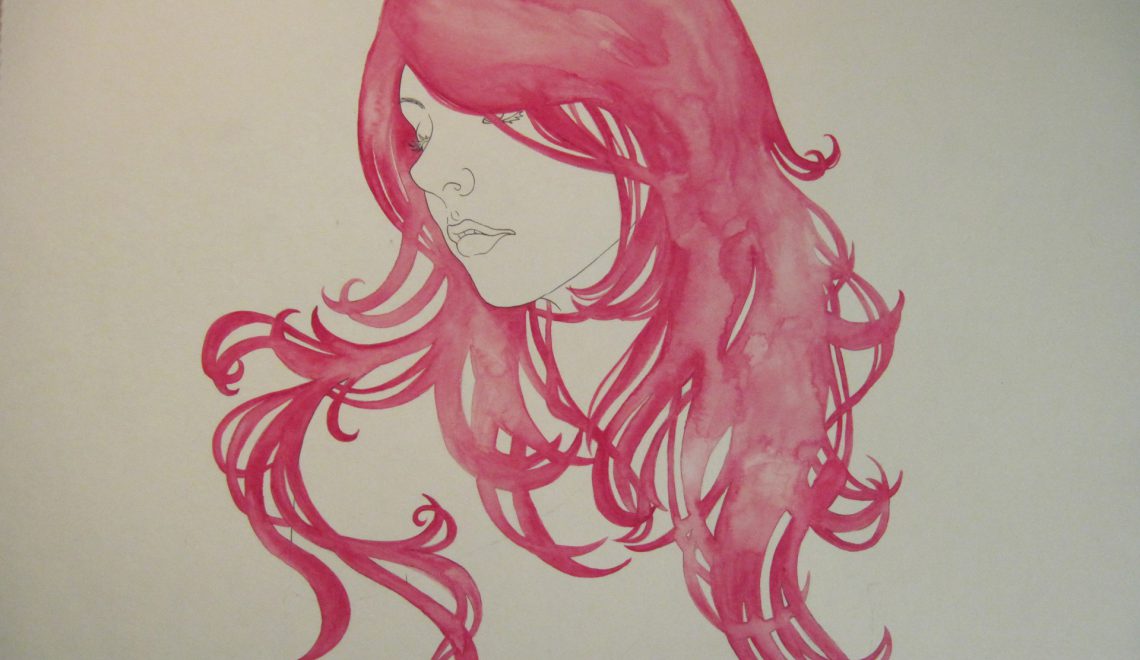 When they hit you

From the day that we are born, we are put into categories. These categories come with characteristics, certain requirements. They are taught to us by our parents, extended family and ultimately, by society around us. These guidelines and expectations do not come from our essential humanity, but from the assignation of certain characteristics based on our heritage.

So what happens then, when one is met with a set of contradictory, even irreconcilable expectations? My father is a Muslim man. My mother is an atheist from a Christian family. Sometime in my late childhood, I identified myself as a Muslim. When I was young, my grandmother would take me to Christian family events. There were cakes and games, so it was fun for the kids. But the sermons didn’t touch anything in me. However, exploring and experiencing my Muslim side, did. I took the writings and customs to heart very naturally, and felt a sense of belonging from the first time I heard a Quran recitation. I heard about women such as Khadijah, and was inspired. What I learned and experienced, helped me become confident, strong and honest. To this day, I can’t shut my mouth up when I should. I always say what I need to say, even though it causes me problems from time to time. When going through this exploration of my identity, in my little word, I didn’t see a problem. I was happy being Muslim and still attending Christian parties such as baptisms, family nights and celebrating Christmas.

Then something changed. As I got older, people started telling me I needed to act according their expectations. My first experience was when I was eleven years old. A boy in my class was taunting me. Of course I answered back. No big deal, I just made it clear that I didn’t like being picked on. Next thing I knew, everything turned black. Just solid black, I couldn’t see. He had punched me in the face so hard that I fell backwards to the floor. As this was happening he yelled at me from the top of his lungs; ‘Fucking Muslim! You’re a nasty Muslim animal!’ This was the first time I truly saw myself reflected from another person’s perception. Why was he so angry? Why did my existence and heritage provoke him so much? A little while later, one of the neighborhood boys told me, quietly, as if it was a completely normal conversation to have; ‘It’s just a little weird to me. I mean, you’re not this or that, you’re nothing. You are mixed and I just think it’s a little disgusting and unnatural. You should choose one and try to be it fully, that will make things easier.’ And for a long time, that’s what I did. I needed to fit in. When you are constantly told that your mere biological composition is appalling, it changes the way you see yourself. Eventually, as a young girl, I really was disgusted with who I was.

So I tried to fit in with the Muslim community. The problem was: I am very, very white. And a red-head. They too, found me odd. So I colored my hair black, and went to the tanning salon daily. Many times I would try to hide the fact that I was ‘mixed.’ Eventually I became drawn towards my Muslim family that lived abroad. Maybe here, someone would just love me. Just accept me. No more if only you did this, if only you changed that. But it was not the happy ending that I had hoped for. Being raised in a Western, secular country shapes you more than I could have imagined as a teenager. One thing is what you read in your room about Islam and discuss with friends. Being put in the middle of cultural norms developed in an entirely different historical setting than the Western one, is something else.  Who I should marry was discussed. What I should study was discussed. How I should look and dress and eat was discussed. My father’s friend proposed to me. When I gave my phone number to a boy one day, I was locked into a room and told that I was a whore and an embarrassment. I should be beaten to death and disowned. My phone was broken and my passport taken. I remember the fear I had felt at the age of eleven coming back, but ten times harder. You leave your body and go numb. You lose control of your destiny and someone stronger and more powerful decides it for you. In a few days, I lost myself.

After that, I disconnected from myself completely. I did well in school, but I didn’t care. I did well at work, but never felt proud of myself. I could be in an abusive relationship and not even care. I felt nothing. After so many years of hateful comments, I came to see myself just as disgusting and worthless as I had been told that I was. I was just happy with whatever little love I could get.

It is first now, at the age of 26, that I have started to feel comfortable in my own skin again and get to know and own myself. I have hobbies for the first time. I am who I am. I’m of Muslim heritage. I also have a Christian background. I have red hair, but dark eyes. I didn’t ask to be born, nor did I choose my parents. But I am here, and I have just as much of a right to be here as anyone else. I have just as much a right to live my life without compromise, without shame and without excuses as anyone else. They hit me in one culture, and they attacked me in the other. At 26, I for the first time since primary school, don’t see myself as something disgusting. As a matter of fact, I think I am a pretty complete and special just the way I am, and that’s the best way to hit back.

My name is Mariana Qamile Rød. I am half Norwegian and half Kosovar. I am currently finishing my master thesis in comparative politics at the university of Bergen, writing about civil war. I am also a research and teaching assistant in the same subject. I am passionate about feminism and fighting inequality.