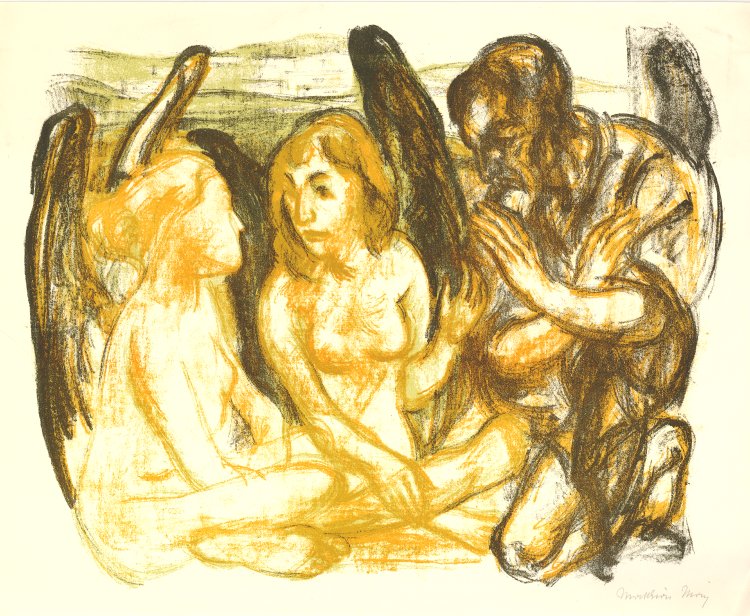 Is God a feminist?

Nothing should deter me from my deen. Yet, for my whole life, I have tried to shut out the opinions of misogynistic men who prick holes in my faith with every derogatory comment they make about women. They aren’t even aware of it. I wish it didn’t have to be that way, but I have found that almost every conversation about my place in the world that I have ever had with a Muslim man has angered me. I have been left re-evaluating what I believe, where it originated from, and asking myself what is the word of man and what is really the word of Allah. I decided that my faith had to remain personal, uninfected by men’s opinions (as well as those of some women who have internalized misogyny) who believe that men have power over women using purposely misinterpreted religious text.

Muslim men compare Muslim women to sweets  – you can be wrapped in packaging and be deemed clean and pure, or you can ‘unwrapped’ and essentially worthy of nothing but the bin. It makes my blood boil. So does a tweet about Hajj that was circulating recently. It showed men surrounding women, protecting them as they fulfilled their pilgrimage. The women needed to be protected – because even in one of the holiest places on earth, men truly believe they cannot prevent themselves from groping all the women within their reach. The tweet was framed as a positive, as if women needing protection from perverted men were normal, and beautiful to see.

It is evident in the heavy responsibility placed on women to cover up that enough  Muslim men remain steadfast in defending the belief that men cannot control themselves when it comes to sexually assaulting women. The responsibility that falls on us – to not be inappropriately touched by a strange man – makes me sick to my stomach every time I think about it. Muslim women must censor ourselves: look down at the floor, cover your body, don’t speak too loudly and for heaven’s sake, don’t tilt your head back and laugh loudly. It might be seen as flirtatious or forward.

Of course, misogyny is undoubtedly a global issue, not an Islamic one. I shouldn’t really need to say #NotAllMen, but I will. I know plenty of great men. My father is my favourite example of what a Pakistani father should be. He never claimed to have any power over my body and how I dressed; he never pressured me to find a husband he could hand that power over to. My father had two daughters. He often told us how happy he was he had daughters and that he was never bothered about having a son. Contrary to the tired narratives you see in most Pakistani movies and the like, I was born in a world where the first man I ever loved never encouraged me to be anything but liberated and honest with myself, the master of my own destiny, loudly unapologetic to the world at large. Whether I dyed my hair green, made a short film about depression or wrote about toxic relationships, he stood proudly by my side.

And as I say, it’s not just Muslim men who exclusively have this problem regarding the ownership and control of women. It’s a worldwide issue that has gone on since Eve (allegedly) got us all exiled from the Garden of Eden. We were meant to live in paradise on earth – until the weak will of a woman ruined it, some might say.

While women in the Middle East are sometimes forced to endure virginity tests, women in the United States actively go and get purity certificates to prove they are still virgins before marriage – signed by a doctor and everything. If a woman is raped in the UK, she may be interrogated on what she wore to ‘provoke’ the situation, how much alcohol she might have drank and her sexual past. Because, according to what the answers to those questions are, that woman’s body might have been fair game. Maybe a man wasn’t in the wrong for violating another human being. Or perhaps the man has ‘potential’, so the judge is lenient on punishment as they don’t want to ‘ruin their future’ – the woman who was attacked and her future are a secondary thought, if she is even thought of at all. The fact that this is often the real life outcome in British and American courts of law is simply terrifying. Where is our justice?

From the East to the West, men believe they have ownership over women’s bodies. Have you ever read the disturbing way some Muslim men describe Houris? While not specified in the Quran, Muslim ‘scholars’ speak of men being rewarded in paradise with fair-skinned women, virgins with breasts that are ‘rounded, not pointed’. It is an undeniable example as to how, from the start, Islam was marketed to men. That is not the word of any God; that is the word of a creep. And so, the seeds of doubt have been sown. Why is Allah referred to as a ‘He’? Does nobody else find the fact that Allah is referred to as a male something to question?

Men have controlled the earth for almost as long as we’ve been conscious. We live in a cruel world, peppered with wars and violence. Women are paid less than men; when we may be attacked by men as we walk down the street, who usually gets away with it thanks to the backing of more powerful men. Yet, we are the givers of life, we are divine feminine energy, we women are fragments of Mother Nature, living and breathing. Can you imagine a world order ruled by feminine energy? I understand why believing in a matriarchal deity like Gaia is appealing. It would mean having a belief system which is on your side. It would make me more than just a being that was allegedly created from a man’s rib just to be his companion on this earth.

Putting man-made misogyny aside, Islam is a beautiful religion that saved me in many ways. But the thought continues to gnaw at me: that Abrahamic religions are sexist due to the infiltration of men who have manipulated the narrative and thus the course of history. It’s plain to see across the Muslim world, statistically – in 2018, the top 5 most dangerous countries for women included Afghanistan, Syria, Somalia and Saudi Arabia. My motherland, Pakistan, was no. 6 on the list.

This is why I keep Islam close to my chest – because the more I hear Muslim men talking about me as a woman as if I am a Werther’s Original in their pocket, my sticky unwrapped body getting lint stuck on me, the more enraged I feel. Rage isn’t good for my soul. It’s not the kind of Muslim, or human, I want to be. Men’s obsession with how I dress my body or how loud my laugh is isn’t an invitation for judgement on my morals. I want to be free, by my terms, just how my father encouraged me to be, just as I hope Allah would want me to be.