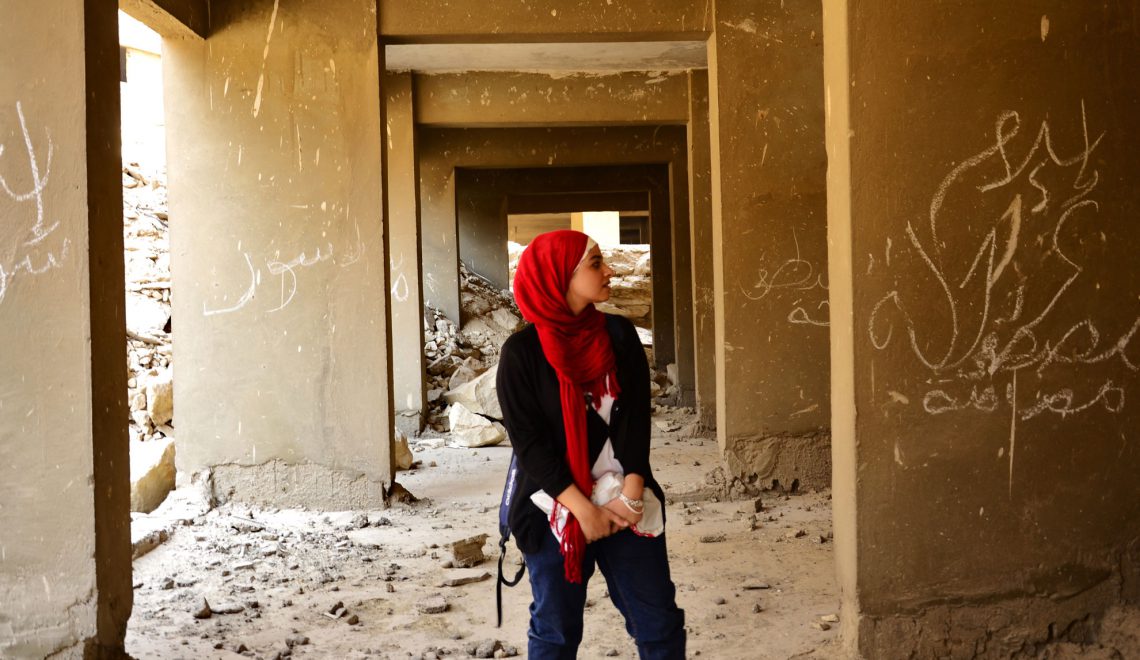 President Abdel Fattah Al Sisi had declared 2017 to be the Year of Women in Egypt, but this is hardly good news for Egyptian women. In fact, social media is awash with dark satire by women fearing what is to come. Judging by what happened to Egypt’s youth in their “year”, women have every reason to fear theirs.

2016, the Year of the Youth, witnessed the continuation – if not a rise – of the state’s policy of forcibly disappearing, torturing and jailing young men and women. It witnessed the detention of a group of young singers (one of them is only 19 years old) for posting songs satirically opposing the regime. In the first half of 2016 alone, 51 civilians were killed in detention centers, while 205 were subjected to torture and ill-treatment, most of them are young men. There are over 60 thousand political prisoners in Egypt’s prisons, most of them were jailed in the past two years, and most of those are from the Youth. Now, Egypt’s youth on social media are sending their condolences to Egypt’s women, ahead of their year.

A few weeks before the Year of the Women begins, prominent WHRD Azza Soliman was arrested from her house and taken to jail. A few days ago, Nazra’s Mozn Hasan who is under investigation and faces prosecution in a state security trial, has had her assets frozen. Both women are banned from travel. A few days later, a new child custody bill is being discussed in Parliament that greatly worries women. The new bill threatens a mother’s custody of her children in the case that she remarries.

Egyptian women are already suffering from multiple issues, from domestic violence, to sexual harassment, to marital rape, to child marriage, to female genital mutilation. Their suffering is compounded by discriminatory laws and a misogynistic justice system.

By law, a woman inherits half what the man inherits; a women has to go to court to obtain a divorce while a man doesn’t have to; a woman risks her financial rights if she initiates divorce; if a non-married couple are “caught” having sex, the woman faces prostitution charges while the man doesn’t; marital rape is not recognized in the law. And to top all this, there is what is called “Obedience Law” which gives a man the right to file an “obedience complaint” against his wife if she leaves the marital home without his permission, this may result in her confinement at home.

A divorced mother in Egypt is always under the threat of her children being taken away from her. Her ex-husband can, at any time file a custody claim under the pretext of her being “unfit as a mother”, which is an extremely loose term and can vary from her being a career woman to having a social life. Proving that she is having a relationship is a sure reason for a judge to snatch her kids from her. “Unfit” is always at the judge’s discretion and given how misogynistic the society is, the women are bound to lose in a court of law. I cannot count the times I have heard women say that “going to court is a humiliating and degrading experience,” and so we avoid it at all costs.

Domestic violence is one of the worst issues women in Egypt face. Be it a father, a brother, an uncle or a husband, it seems like every man in a woman’s life has the right to beat her up, to “straighten her behavior”. The police would be no help at all in these manners, in most cases, if a woman is brave enough to report domestic violence, the police would hand her back to her “male guardian”, namely the same abusive husband or parent. Try to run? The media has reported several times of young unmarried women, above the age of 21, who left their parents’ homes and decided to have an independent life. At the behest of their parents, these young women were brought back to their parents’ by the police, there is no law for or against this. It is the society that decides, and women are usually under the mercy of their men, or their luck which decides what kind of man she ends up living with.

It would be wise to refrain from patronizing, Egyptian women are mostly very strong and their fight stretches throughout their lives. But one needs to remember the kind of environment they grew up in, the many forces pushing back at them, the fear that gets instilled in them since childhood, the challenges they face daily at home and outside if they decide to be independent. It is not easy, and not everyone is up to the task.

Now, societal hostility is what we fear the most. It’s hard to describe, but maybe a little anecdote can help. I remember 15 years ago when I moved with my baby son to a new apartment, I had just gotten divorced and for the first time in my life I was going to live alone. I was in the entrance of the big building I was moving into, in the process of moving my furniture up to the apartment. The receptionist/security guard had issue with how I was doing this, and he wouldn’t discuss the matter with me, telling me to “go off, I will only speak to the man of the house” and when I said I was the man of the house, he just left me standing there and I was unable to do anything until some other man showed willing to speak to a woman…that took 5 hours. Why do we fear this the most? Simply because it halts your life, it hinders your every slight progress. It is also a part of your daily routine – to face these little annoyances day in and day out is nerve-wracking.

Before the revolution, Suzanne Mubarak played the First Lady role. It was because of her that an FGM ban was introduced, the Khul’ law was passed (where a woman can get a quick divorce if she gives up her financial rights), and a Family court was put in place. Of course, implementation of these laws remained a challenge to be conquered, but at least they were there. Suzanne wanted the prestige that comes with being First Lady and her husband wanted to appease the international community. This testimony is not to be mistaken for reminiscing, I revolted against their dictatorial rule with the millions who protested, but the revolution was stolen by worse forces. Since then and until this day, Egypt has not had a First Lady…at least not one that is visible. The seat remains empty.

Being ruled by the far right, be it religious or military, is disastrous to women’s plight in a country marred by misogyny. During the time when the Muslim Brotherhood’s Morsi ruled Egypt, there was no mention of women at all, like we were invisible. And when President Al Sisi addressed women during his first TV interview after becoming president, he told the “wives and mothers” to support “their men”. And no one can forget that it was him who approved and later justified the infamous “virginity tests” performed on women protesters-come-detainees during the 2011 revolution to “protect the security forces from rape accusations”. No one is really sure how he sees a “Year of the Women” but we are indeed apprehensive.