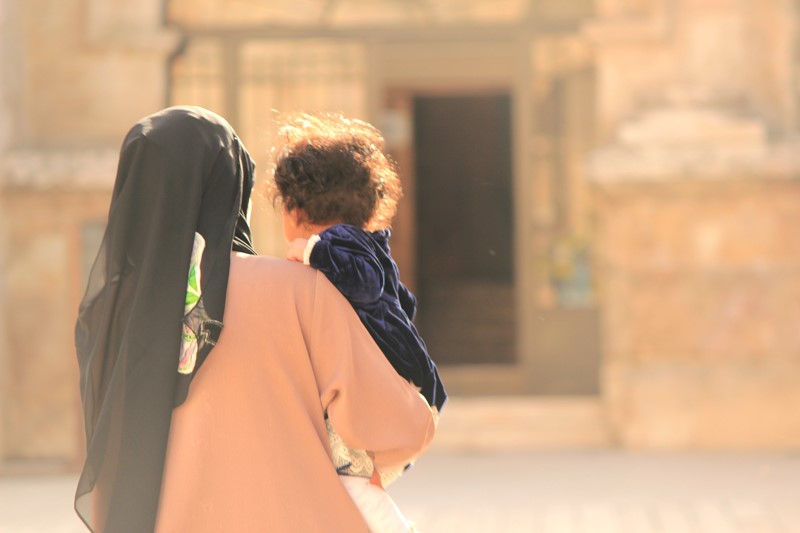 For more than 10 years now, I’ve been pretty much obsessed with what I consider to be the ‘half-adult status of women in Jordan’. I wrote this post with a lot of anger and passion! I feel I need to re-stress the same issue 10 years later with a less angry voice: yet still maintaining the same passion.

Women aged 18 – 40 are not treated fully as adults in Jordan.

While they are treated as full adults under all aspects of criminal law, as well as their ability to vote, work, found and run a business; the choice of where they live, and are able to travel are limited under the guardianship of their fathers. When married, the guardianship transfers to their husbands.

Over the years, I’ve tried to speak to a number of lawyers and women rights activists. Many have discouraged me from speaking too loudly on this topic. Their reasons were expressed in sentences like ‘Don’t poke the bear’, ‘This is a sensitive issue’, ‘The time to talk about this has still to come’… etc.

I am no lawyer, and am not a formal activist, but I am a feminist to my core. I’d like to think I also have a great degree of common sense. How on earth can we ignore the male guardianship system that is imposed on women? How can we work on the many other issues of importance while leaving out of our main efforts this crucial foundational question of who a woman is in Jordan? A tremendous amount of effort went into fighting for high sentences for men accused of killing their wives, daughters and sisters in order to lessen the occurrence of the deadly phenomenon of so-called ‘honor’- based violence, the right for a woman to refuse to marry her rapist (which was only achieved in 2017), the right for a mother to make medical decisions about her children in absence of her husband (2018, hopefully?), the right for women to give citizenship to their children (in progress) amongst several other campaigns.

We should not forget the stories of young women who decided to leave their parents’ homes and live alone, only to be placed on the “Wanted List” by the local police, and shamefully dragged back to their parent’s place by force of law. Others are prevented from leaving the country by their fathers who have listed their names with local authorities at airports and border controls.

If there are challenges to this proposal along the lines of “we need to control women”, “this might degrade our moral values”… etc. then let us engage with that conversation. The young women you are trying to control may already be a mother, of all responsible things a person can do in this life, and may be a competent adult, fully able to make her own choices!

If the young women of Jordan are not encouraged to be independent, to speak their minds or to see the sky as being the limit, then how do we expect them to fight for the many other causes important to them as women: the overall equality of rights and opportunities under the law that we are fighting for?

I honestly feel there will be no significant progress towards the efforts to attain women’s rights and equality unless we start poking this bear, and commence a real effort in fully realising the right of a woman to be free in her mobility, living arrangements, travel, and the right to marry whomever she wishes without the need of approval of a guardian!