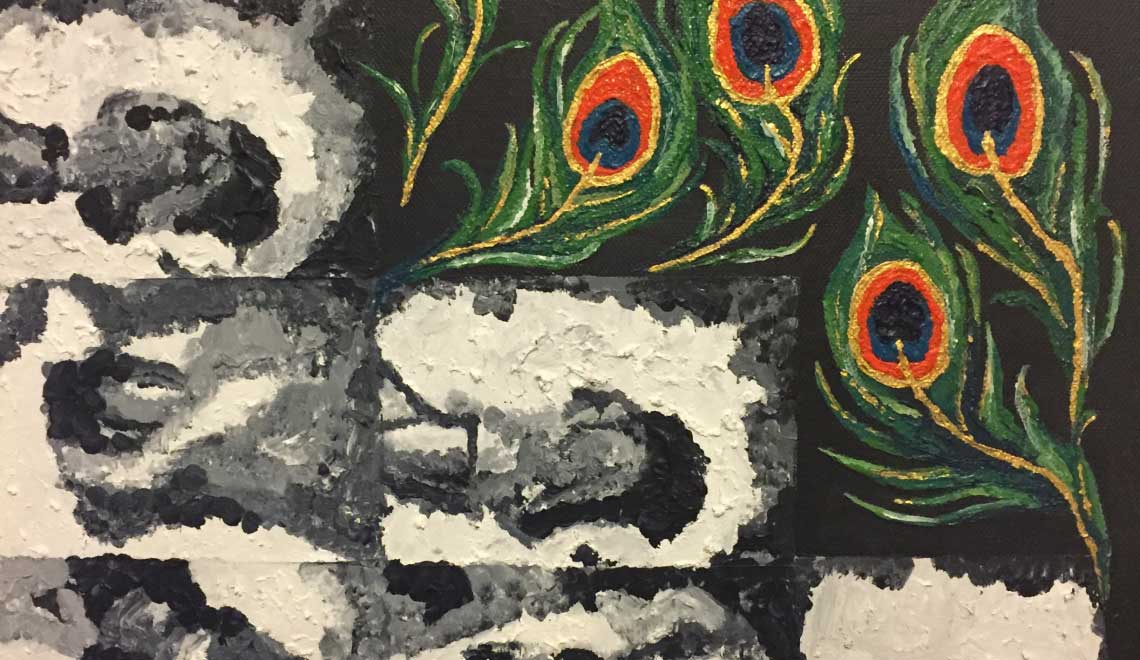 Below are some images of a painting I did, called Taus (which means peacock in Kurdish) for the Global Summit to End Sexual Violence in Conflict, which took place at the London Excel Centre in June 2014. I did a series of small canvases where I hand painted statements from men who had killed female members of their family for various reasons. Last year I exhibited the Taus painting and the small canvas series at the Feminism in London event. 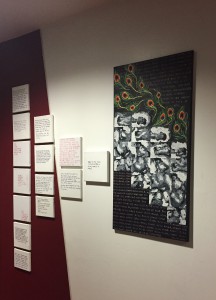 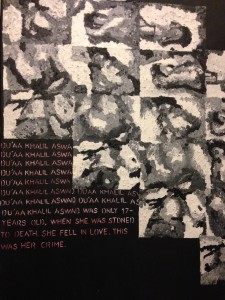 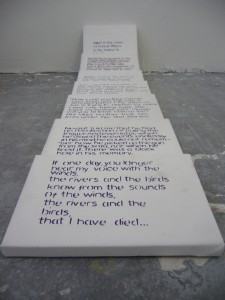 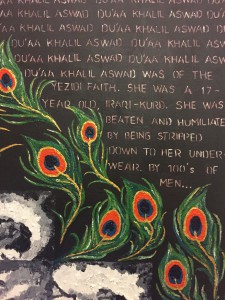 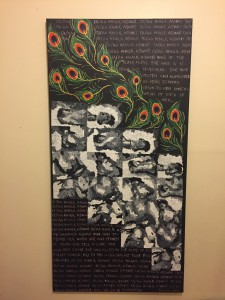 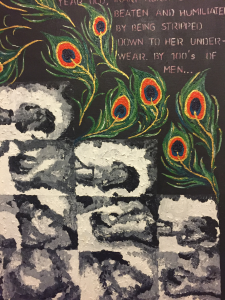 I am originally from the Kurdish region in Iraq, and have a degree in Fine Art from London's well-known Central Saint Martin’s School of Art of Design. For the past eight years, my art and poetry have focused on the issue of so-called ‘honour killings’.