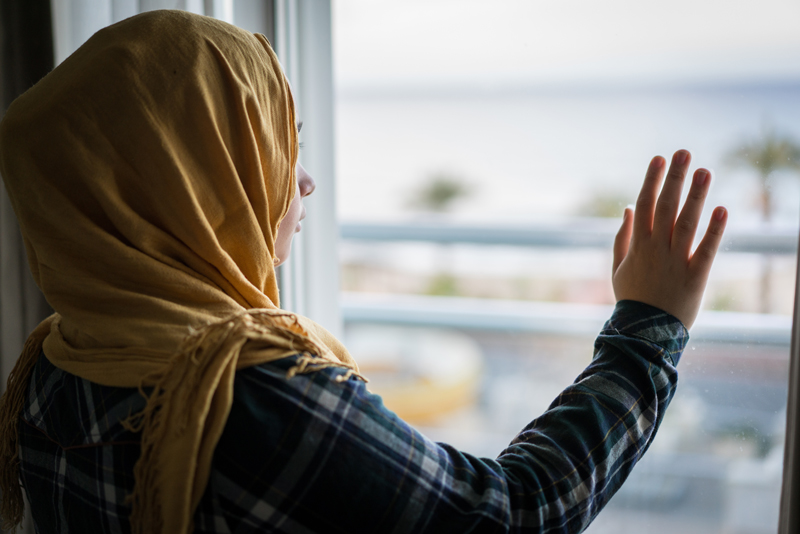 Mental health for all

Mental Health Awareness Week is taking place from the 14 – 20th May, in a climate where mental health issues are slowly becoming more accepted. Public figures are talking about their struggles with mental illness and raising awareness of the issues. Yet we still do not talk about mental health enough. One in four adults experiences at least one diagnosable mental health problem in any given year. Mental health difficulties represent the largest single cause of disability in the UK and members of marginalised groups may be at greater risk of being affected by mental illness.

I work supporting families affected by disability, physical and mental ill health. I have worked in different London boroughs. I have become very passionate about supporting people that experience mental illness and the young carers that are impacted by the support needs of their relatives. Although project demographics indicate that BME families are generally less likely to receive provision from support services, I have observed that Muslim families are even less likely to do so. In fact, despite working for a charity that supports young carers, I have yet to work with a Muslim family. I find this concerning given that according to the 2011 Census, London’s Muslim population is well over a million people.

Although there is work being done to challenge the stigma around mental health problems, there is still a long way to go. For Muslims experiencing mental illness there are multiple barriers to face. I know that within the Somali community, mental health is not much discussed. Conversations around mental illnesses usually mention encounters with jinn. Mental ill health is often seen as an indication of weakness in character or as a lack of faith. Rather than supporting one another, ‘aunties’ and ‘uncles’ are frequently found backbiting about families disapprovingly, as if mental ill health were a conscious choice or a result of poor behaviour. People living with problems relating to their mental health become hidden or ostracised out of fear of humiliation and lowering their family’s social standing within the community.

We need to take accountability for this as a community but the problem is not just about education, spirituality and religious practice. There are structural issues at play. Mental health services need to work more holistically and fairly with our communities. According to the Mental Health Foundation, people from black and minority ethnic groups living in the UK are more likely to experience a poor outcome from mental health treatment and more likely to disengage from mainstream mental health services. This leads to social exclusion and a deterioration in their mental health.

There are socioeconomic circumstances that contribute to these outcomes. There are also likely to be multiple failures by health services due to structural racism, ignorance or both. I mention racism because many different studies by organisations such as the Care Quality Commission and other government bodies have shown that black patients have a greater chance of being forcibly restrained, are more likely to be placed in seclusion and are more habitually categorised as psychotic and given higher doses of antipsychotic medications, than their white counterparts. According to the mental health statistics for England 2018 Briefing Paper, those identifying as Muslim were least likely to experience reliable improvement from the Improving Access to Psychological Therapies (IAPT) programme that was launched in 2008 in order to raise the quality of, and ease of access to mental health services in England.

In order to support individuals that already are vulnerable, stigmatised and have multiple disadvantages, it is essential to not only have the right training but to also develop the right state of mind. If Muslims are least likely to experience reliable improvement from IAPT, and black patients experience clear discrimination, then I question whether health professionals are able to support BME clients that have mental ill health adequately.

Building the right relationship with a professional is central to ‘talking therapies’. Through studying counselling, I am very aware how important demonstrating empathy and creating a safe environment is for clients. It’s possible that BME clients feel dissuaded from reaching out for help due to anxieties around potential negative experiences. If mental health services are not creating a safe environment for their patients, it follows that they will not seek support.

Community and faith leaders are becoming much more vocal about mental health but in order to create authentic and sustainable change, we need a double approach. We need continuing education targeting BME communities, and government funded campaigns to tackle the stigma around mental illness. Recently, I attended a training event discussing the lack of engagement of BME families in carer support services. A marketing professional said that if campaigns do not include BME individuals, then families from minority backgrounds would be less likely to seek advice and support. Having BME role models who openly discuss mental health is a critical first step. Fundamental issues within mental health services must be addressed as well. There are systematic barriers created by racism, ignorance of cultural sensitivities and a lack of clear communication.

In his 2016 study on access to services of BME groups, Professor Anjum Memon stated:

I’m very concerned that mental health services are already fighting an uphill battle with a severe lack of resources. This, combined with recurring failures when attempting to support BME communities, can only lead to tragic results. Although there seem to be targets towards creating a more just system and reducing numbers of BME detentions under the Mental Health Act, I feel the focus is on cleaning up a mess that will continue to exist. In order to move forward there is an urgent need for clear targets around changing the culture of mental health service and an extensive and unsparing examination of structural racism.