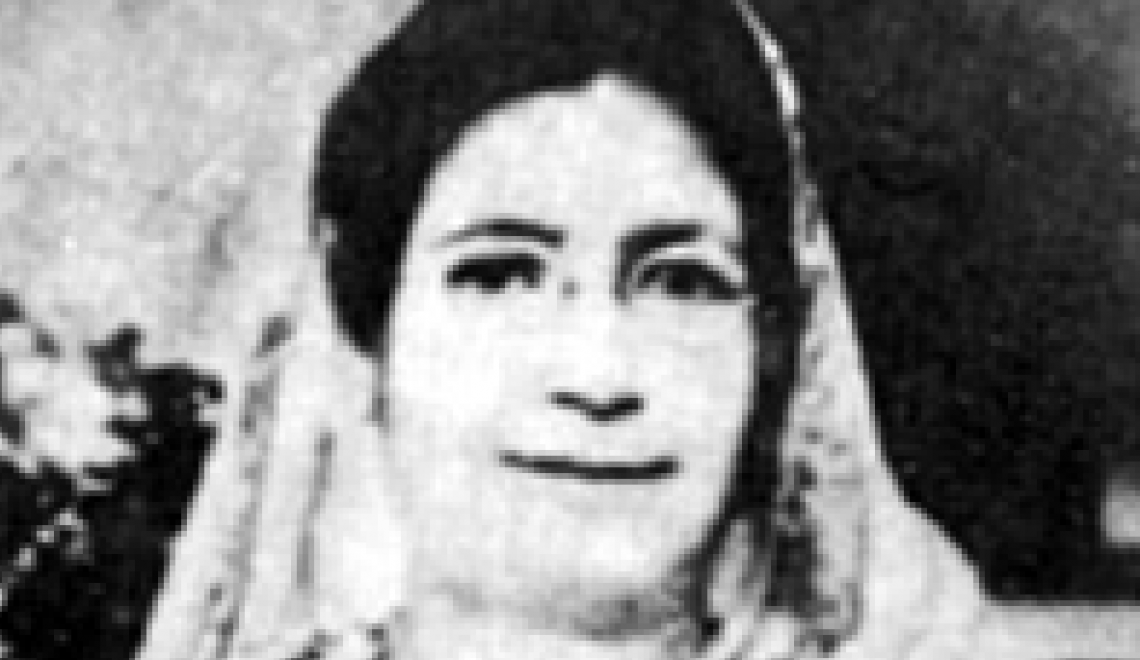 Begum Rokeya Sakhawat Hossain was a pioneering Bengali feminist best known for her utopian fantasy Sultana’s Dream. She was an educationalist, social activist, polemicist and advocate for women’s rights and has been recognised as one of the greatest Bengalis. Rokeya was born in Pairaband, a territory which is now part of Bangladesh. She grew up in a large estate surrounded by woodlands, as the daughter of a wealthy landlord.

Her father was a strictly orthodox Muslim who provided elite education for his sons. However, Rokeya and her two sisters were placed in purdah from the age of five, prohibited from meeting any non-relatives, whether male or female. They were also restricted to a traditional education at home, which focussed upon Qur’an recitation and reading guides to women’s comportment in the Urdu language. Nevertheless, they learned to read Bengali. Rokeya’s sister Karimunessa had a passion for Bengali literature but she was hastily married off when the family discovered her pastime. Rokeya always regretted this loss of her sister’s potential, saying that if it were not for the patriarchal expectations of her society, Karimunessa would have been ‘one of the brightest jewels of this country.’ Despite the risks, Rokeya continued to learn the Bengali and English languages in secret, with the help of her brother Ibrahim.

At the age of 16, she was married to Syed Sakhwat Hossain, a widower of nearly 40 years of age. He was a former district magistrate with one daughter from a first marriage. He himself had been educated in the West, and was a firm believer in women’s education, encouraging Rokeya to continue her studies. He devoted 10,000 rupees to her project to develop a school for Muslim women in Bhagalpur. By the time of his death, after eleven years of marriage, the school was in operation, with just five students. She named it the Sakhawat Memorial Girls’ School. However, financial disputes with her step-daughter led to her abandoning her school and starting over in Calcutta in 1911. Here, she established a second iteration of the Sakhawat Memorial Girls’ School which she ran for 24 years, and is still in operation. At first, few girls attended, so Rokeya went from door to door persuading middle-class Bengalis of the benefits of educating their daughters. Over four years, she increased enrolment to 84 students.  The school taught Qur’an recitation, English, Urdu, Farsi, first aid, cooking, sewing, physical exercise and music amongst other subjects, taught by teachers drawn from across the subcontinent and trained by Rokeya herself.  She also founded the Anumane-Khawatin-e Islam (Association of Muslim Women) which was active in holding debates and conferences regarding the status of women and education as well as running educational programmes for women dwelling in the slums.

Best known as a writer, Rokeya wrote essays in Bengali, many of which supported women’s rights and which were published in a variety of magazines and periodicals. On the subject of women, Rokeya was caustic and witty, comparing their jewellery to prisoner’s shackles. She was extremely critical of the institutions of purdah, child marriage and polygamy.

Her best-known work is the short story Sultana’s Dream, written in English, which presents a gender-flipped society, where men are confined for women’s safety, adroitly skewering the expectations of purdah. The concept of a feminist utopia was more fully realised in the novella length Padmarag, which was written in Bengali. This work imagines a female-centred society which liberates women of diverse religious and ethnic backgrounds from the demands of patriarchal societies. It presents a searing critique of marriage as women’s ‘career’, as well as a reflection of her own experiences as an educationalist. It also showed her awareness that patriarchy is not limited to one culture or faith, but is a form of systemic discrimination against women globally.

While the ending of the purdah system and the institution of education for women were Rokeya’s primary goals, these were both seen as stepping stones towards female independence. Rokeya identified that women’s economic dependence upon men was a source for their subjugation, and that there was a need for women to organise in order to create alternative ways of living. The 9th December, the anniversary of both her birth and death, has been recognised as a national day of commemoration in Bangladesh since 1994.