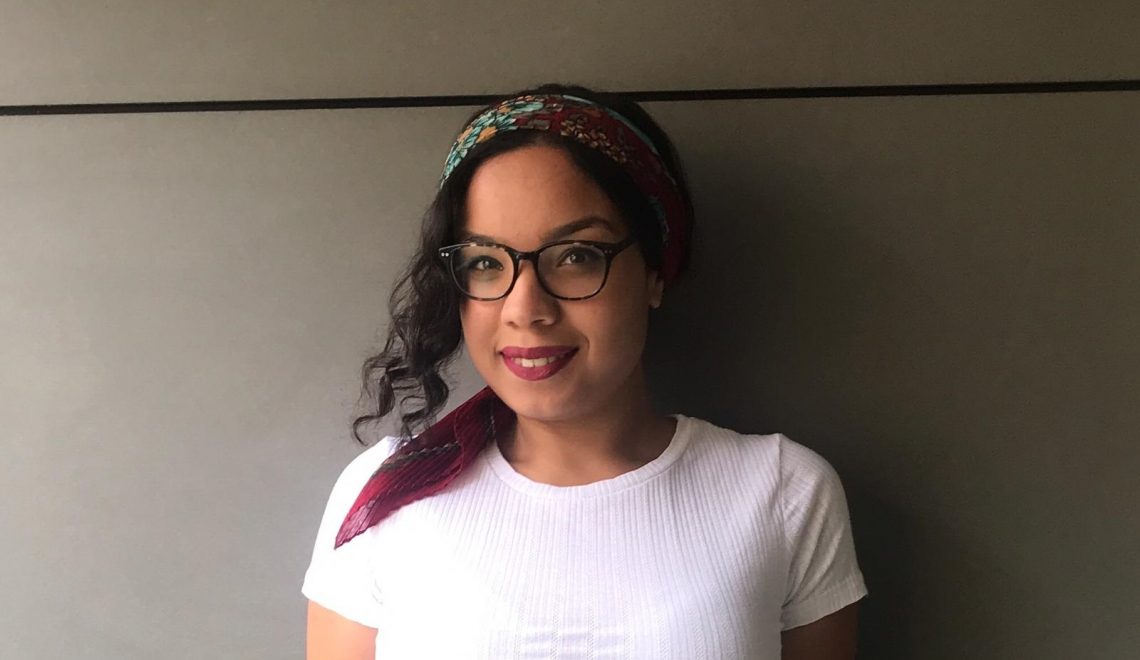 Breaking down the wall of prejudice

Sandy Rahman is a creative entrepreneur and filmmaker. She’s also the founder of Skaped, a social enterprise that encourages young people to engage with their human rights through creative arts workshops and events. We spoke with her about her activism and her journey so far.

You were born in Egypt but grew up in London. How have these experiences shaped you?

They have really shaped who I am today. Moving to the UK in my early teenage years was a massive step. I didn’t just struggle with the language but with fitting in, especially being the only Arab in the school. I came from a completely different culture, so trying to create a new home was a daily battle. However, this made me more determined to aim for the best for myself and my family. It made me realize the everyday struggles of migrants, people of colour, working class, and Muslim communities. Seeing this, it made me want to call-out injustice. It made me the activist I am today.

You’re the founder of skaped.com, a platform that encourages young people to engage with their human rights through the creative arts. Why do you think the arts are useful to promote human rights discourses?

Art has always been there to document human rights violations, injustice, and inequality all over the world. I believe that the arts are the best method to encourage conversation about human rights and promote the need to protect our rights. Creativity and arts are open to all, regardless of background and class. Imagination can be accessed anywhere. I used arts as a method to express myself, when I first moved to the UK and was struggling to fit in. I found myself through the arts. I used drama to help me get out of my shell and express my emotions. By allowing people to express their pain and struggles through the medium of the creative arts you’re giving them a tool to speak out and share their voice. That’s how we can endorse human rights. Arts can help you think about possibilities. That’s why I believe it’s the best way to promote our human rights.

What is the purpose of Skaped.com?

Skaped is a platform that encourages young people to engage with their human rights through creative arts. At Skaped our ethos is around the power of debate and the importance of making sure our young people are taught to question everything.

We believe that education is a political tool, and that by failing to educate we run the risk of creating passive individuals instead of the young leaders and role models that society needs, now more than ever. Our vision is for a world where future generations are aware of their rights and responsibilities regardless of their backgrounds or where they’ve come from. The mission is to provide a creative platform where young people take ownership of their human rights and showcase thought-provoking work that demonstrates Skaped values. Equality, Freedom, Justice, Dignity and Inclusiveness for all!

Your project ‘Meet an Arab Woman’ invites members of the public to have a conversation with you directly. What was your intent in setting this up?

‘Meet an Arab woman’ is a project inspired by the possibility of having an open-minded conversation with people on questions they want to ask or issues they want to address about being an Arab woman. This conversation was open for anything, from questions around our identity, our culture, political correctness and stereotypes to simply who makes the greatest falafel! It challenges preconceptions of women from the Middle East. I invited people to ask questions about what it is like to be an Arab woman and opened up a discussion via video call. Then this information was transformed into a visual art project.

I want to be able to break through the barriers and presumptions people have about Arab Women which, unfortunately, they receive through the media; they are told we are weak, oppressed, controlled and so on. This is not to say that some of these issues are not true. Of course, some of us struggle with these issues. Yet, my aim for this project was to ask people to see us as individuals rather than as one general mass. We all have our own stories, struggles, and achievements and we should be able to speak about them and share them without presumptuous judgments. In this project, I wanted people not only to see me as an Arab woman, but also acknowledge the similarities we would have despite our different identities.

Can you describe the responses so far?

Due to the lockdown, I have had to shift my project from an outdoor performance to an online platform where I video-call participants. This has challenged and changed the responses I have received. So far it has been positive with people willing to find out more about my identity, political situation in the Middle-East, culture and believe it or not, where the best falafel place in London is. For myself and the participants, it has been an absolutely enlightening experience where we have both opened up to each other.

What have you learned from the project?

Having intimate conversations with a stranger is one of the strongest feelings I have experienced. We were both vulnerable about our journeys, our ignorance, and our identities. However we had a sense of belonging to the moment. We focused on bringing down the barriers for that moment and being honest with one another. This has taught me that we have more in common than we think we do.That’s the beauty of talking to each-other and encouraging conversation. I will still be carrying on my video-call conversation once a month with anyone who might be interested. I feel it’s still a long way to go for me to break that wall of prejudice.

How do you think encounters like this can work towards breaking down prejudices between groups?

Recently, we have stopped having conversations and asking questions because we are so afraid of being politically incorrect or worried that we will offend someone. Therefore we stop learning about each other’s cultures. However, it’s not so much about asking these questions, but rather about how we ask them. One of the participants who took part in this project said he felt a sense of relief to ask questions without the fear of being labelled as ignorant. To me, that was the most important aspect of the project. If we don’t welcome civilised debates, even on sensitive topics, then we are only building up walls between communities. This is an entryway into opening up a conversation between communities, and I hope that it reaches more people and that more communities will be open for debate.

What are your personal plans for the future?

Currently I’m studying for a master’s in Art & Politics, alongside my work with Skaped. I want to further develop my mixed media skills as a creative artist. I want to challenge myself and the art form I use to be able to address issues and human rights violations, especially in the Middle-East. One of my future plans is to create a gallery/creative space that is accessible to young people, particularly to those from tough backgrounds. While anyone can be an artist, it is difficult and expensive for many to fund and exhibit their work.

What advice would you give young women looking to get involved in art and activism?

Be yourself and stand-up for what you believe in. Surround yourself with people who will inspire you, support you, and give you positive energy. It’s OK to make mistakes and feel lost at times. You’ll find your way if you stick to your values. Set yourself goals and tasks monthly to achieve these goals, whether to read a book by your favourite activist or learn a new skill. You need to commit to whatever challenges you set yourself.