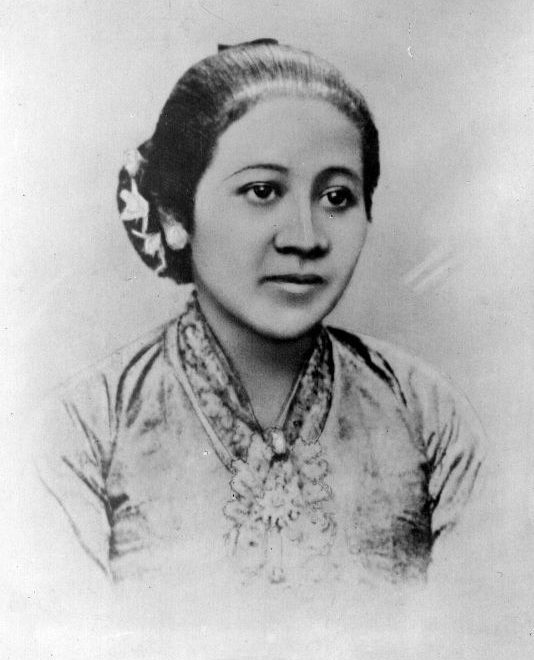 I have so longed to make the acquaintance of a ‘modern girl’, the proud, independent girl whom I so much admire, who confidently steps through life, cheerfully and in high spirits, full of enthusiasm and commitment, working not just for her own benefit and happiness alone but also offering herself to the wider society, working for the good of her fellow human beings. – Kartini 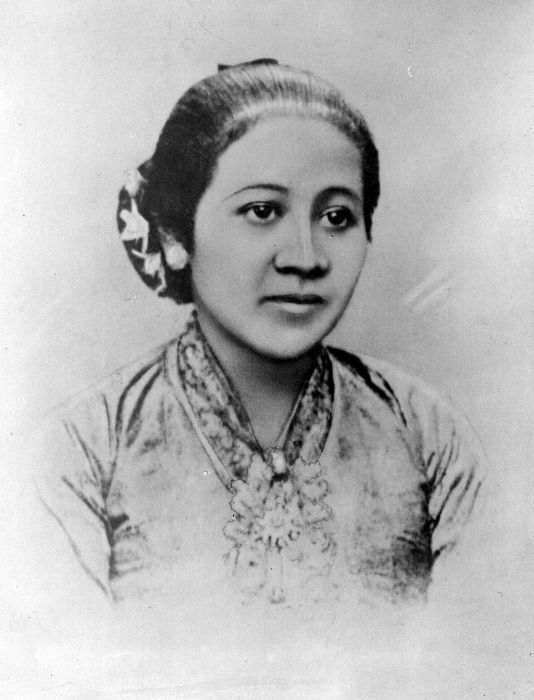 Raden Adjeng Kartini (to use her full title) was a Javanese noblewoman who has been described as Indonesia’s first feminist. She pioneered women’s rights and education for girls in Indonesia, and opened the first primary school for girls in the country. She was born in 1879, in the village of Mayong, to Sosroningrat, a Javanese aristocrat working for the colonial Dutch government and his second wife, Ngasirah who was the daughter of a religious scholar.

Her father was often conflicted between his liberal tendencies towards his daughters and the expectations of his social status. Due to her father’s progressive views and his affection for her, she was one of the first Indonesian women to experience a formal education at a Dutch school, where she learned to speak Dutch and developed an ambition to study and find a role for herself in society.

However, on reaching 12 years of age, she was sequestered in preparation for marriage according to the tradition of pingit. Seclusion proved to be unbearably painful for Kartini, who keenly felt her exclusion from the opportunities enjoyed by males and other women, particularly her Dutch contemporaries. As an avid reader unable to continue her studies, many of her letters feature requests for books, and thanks for those she had received from her friends. Her father was supportive of her desire to educate herself, and provided her with books and magazines. Possessing an interest in informing herself about Javanese culture, she mentions planning to learn Arabic in order to read older Javanese manuscripts, and to learn French and German, then English.

It was in seclusion that she began writing letters to Dutch socialists, educationalists and feminists, forming a particularly strong relationship with progressive Dutch women such as Rosa Abendanon and Stella Zeehandelaar. In her letters, she expresses her concerns around the institution of polygamy, which she describes as causing ‘hellish pain’ to women, the limitations put upon women’s lives by traditions, and the need for education to increase the status of women and challenge rigidly hierarchical structures of feudal Indonesian society as well as the effects of Dutch colonialism.

Kartini was sympathetic to the aims of the burgeoning international feminist movement, and shows a consciousness of both the values of modernity in challenging social inequalities in Indonesia, whilst recognising the values of Indonesian culture and tradition. Through these letters, she recruited Dutch support for her most cherished project – opening a girl’s school – including a memorandum written to an official of the Dutch Ministry of Justice which stresses the need to develop women’s education in order to develop Indonesian society. She envisaged a cascade effect, in which her school would educate daughters of the elite who would then go on to open their own schools for girls across the country.

Although she was awarded a scholarship to study in Holland, family pressure forced her to reject it. At the age of 24, already considered old for marriage by the standards of the time, Kartini ultimately accepted a marriage arranged for her by her ailing father. She was married to the regent of Rembang, a recent widower who was 21 years older than her, and already had three wives and twelve children. Despite these differences, her husband approved her of her efforts to start a school for Javanese girls, and to support traditional crafts. In 1903, with support from the Dutch government, Kartini opened the first inclusive primary school for Javanese girls, which took place within her father’s house, and for which she had developed her own syllabus and teaching methodology.

However, in 1904, at 25 years of age, she died due to complications in giving birth to her first child. Nevertheless, the causes to which she had dedicated her life continued after her, partly due to the efforts of her four younger sisters, Roekmini, Kardinah, Kartinah and Soematri, who were already benefitting from the changed expectations towards women wrought by Kartini’s efforts. Kartini effectively started a cycle of change to the status of women which gathered pace after Indonesia gained autonomy following the collapse of the Dutch Empire and the surrender of Japan. Kartini’s letters were collected and published in 1911, and were later released in Malay, Arabic, Sundanese, Javanese, Indonesian and Japanese. Her birthday, April 21, is celebrated as Kartini Day in Indonesia, where schoolchildren sing Ibu Kita Kartini in her honour.