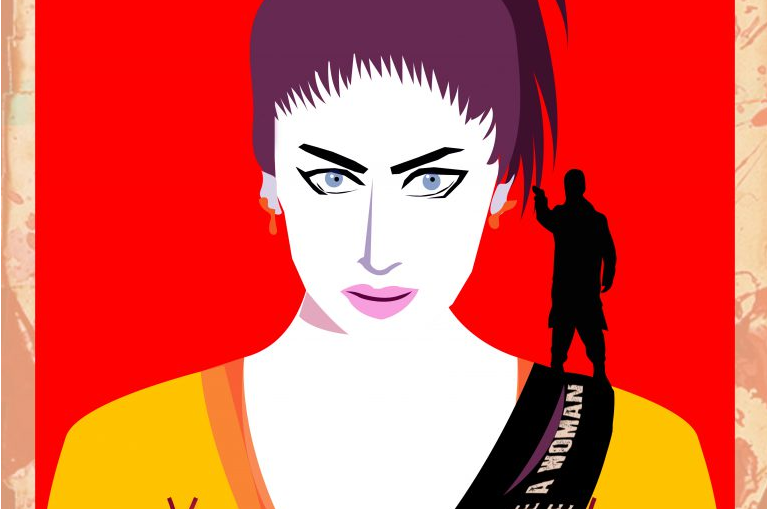 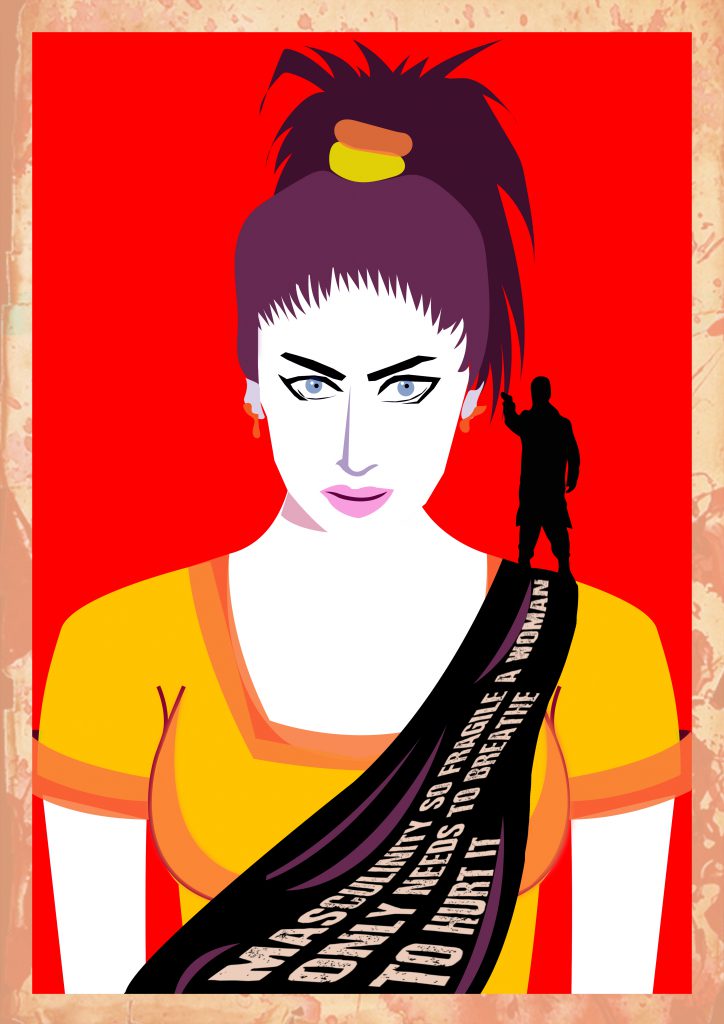 The feminist collective has condemned the recent ‘honour’ killing of Pakistani social media star Qandeel Baloch, demanding accountability for her killing, from the murderer himself, to the wider society as represented by religious figures, the media, politicians and the police. Their letter reads:

We, the undersigned, condemn the murder of Qandeel Baloch by her brother, Waseem, and demand that the government put the alleged killer on trial.

Qandeel, born Fouzia Azeem, was a rebel, an artist, and a gutsy feminist provocateur. Her sensual social media videos cajoling, mocking and subtly lampooning male politicians, sports stars, and the clergy brilliantly exposed the hypocrisies of a patriarchal society dominated by a narrow-minded, self-righteous moral police.

In the month prior to her death, Pakistani media attacked her after after selfies of her with Mufti Qavi, a senior cleric, went viral on social media. Qavi had previously attacked another female actress, Veena Malik, for her alleged lack of respectability on television. The photos, taken in Qavi’s hotel room, show Qandeel playfully wearing the mufti’s cap. As Qavi attempted to salvage his reputation as a righteous religious cleric by shifting blame, Qandeel fired back in characteristic fashion: she declared that the cleric was in love with her and that he was “Qandeel Baloch of maulvis.” The sarcastic remark cut right to the heart of the cleric’s — and by extension, the religious establishment’s — hypocrisy. After her death, Qavi threateningly declared that her murder will serve as an example to all who attempt to disgrace the clergy.

Today, we hold the Pakistani media complicit in her death. We hold those journalists, editors, directors and owners responsible who leaked private details of her life. They publicized her marriage, her child, knowing the dangerously sexist conditions in this country. They berated her and thereby prepared the way for her to be killed.

We also hold the politicians and security services accountable who failed to protect her even as she publicly pleaded to them for protection. She wrote to the Interior Ministry, to the Federal Investigation Agency (FIA) and to the Senior Superintendent of Islamabad — to no avail.

We demand accountability. We demand that the state and judiciary be especially vigilant and not allow her killer to be forgiven under the country’s misogynist blood-money qisas and diyat laws.

Qandeel was not Kim Kardashian, as some media accounts have erroneously noted. She was our Qandeel: a working class woman, a Third World feminist, a disrupter, and firebrand who dared to do as she pleased, despite threats to her life.

In that context, women can be killed for economic gain, for ego or for any number of reasons, and all of it is justified because, in the final calculation, the female body count does not seem to matter.

We bury Qandeel Baloch alongside 16-year-old Ambreen burned to death in Abbottabad, Pakistan as punishment for helping a friend escape to marry her beloved; 31-year-old Maria Nemeth disemboweled by her boyfriend Fidel Lopez in Florida, United States; 27-year-old Farkhunda beaten to death by a mob in Kabul, Afghanistan; 37-year-old Miriam Nyazema stabbed 26 times by her British soldier Josphat Mutekedza; the multiple victims of Elliot Rodger a violent, anti-woman killer with a manifesto in California, United States.

We bury our sister and comrade Qandeel Baloch alongside thousands of our sisters who have been murdered to protect misogyny, patriarchy and male fragility.

Just three days prior to her murder Qandeel wrote:

We love the way you are too, Qandeel.