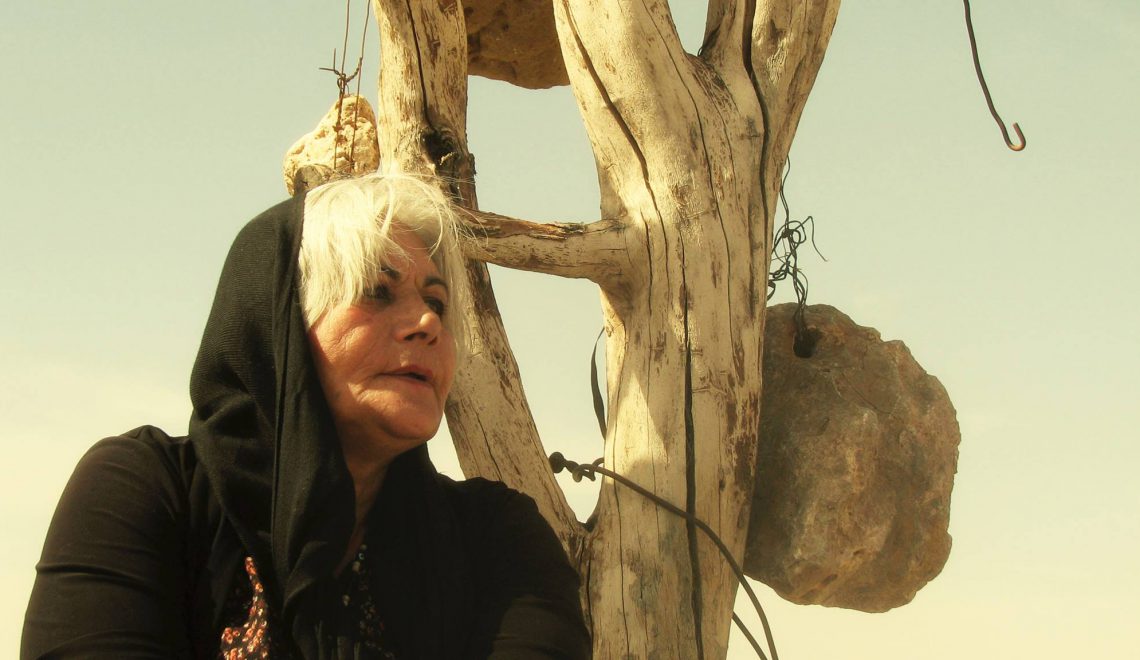 Poet in a wasteland

Director Shahin Parhami’s fourth documentary Shahrzaad’s Tale focusses upon Iran’s first female director, Shahrzaad (the stage-name of Kobra Amin-Saïdi), one of the stars of the pre-revolutionary FilmFarsi genre, who was also a poet, autodidact and dancer. It provides a lyrical portrait of a woman whose history provides a personal counterpoint to that of her country. Despite her artistic significance, Shahrzaad is a little-known figure: her legacy has fallen on hard times, just as she herself has. In the opening passage of the film, Parhami records a conversation with a young woman who doubts the validity of the whole project: what is the point in looking for a figure from the past, she asks, when there is so much to be said about Iran in the present? But Shahrzaad’s tale proves to be as fascinating as those of her literary namesake, and to have a great deal to say about the present.

Unlike many of her contemporaries in the art world, Shahrzaad could neither build a career after the revolution, nor find a secure life in exile abroad. Her life after the revolution, and her subsequent imprisonment by the authorities, became one of homelessness, poverty and destitution, to the extent that she was forced to sleep in forests and abandoned buildings. By the time Parhami catches Shahrzaad’s trail, she is living quietly in a rural area of Iran, far from her native Tehran. Parhami, and a group of young female collaborators, encourage Shahrzaad to return to Tehran and revisit her past. In Tehran, she recalls not only her extraordinary career from cafe dancing-girl to poet and meets up with veterans of the FilmFarsi scene, but also reflects upon a childhood marked by violence and illness.

Shahrzaad is emotionally turbulent and easily agitated, to a point that suggests a possible mental disorder. Parhami delicately indicates the ferocity of her intellect, along with the complications of her erratic mental state in a particularly poignant scene. One of the young women recruited by the director apprehensively recites a poem she has written in Shahrzaad’s honour. Shahrzaad responds with an immediate and cutting technical criticism of the young woman’s poetic form. Her dedication to poetry temporarily overwhelms her normal warmth and courtesy. This intimate moment is both delicate and brutal, mainly due to the director’s tenderness in addressing the vulnerability of both women involved.

Parhami makes great use of the existing FilmFarsi footage, counter posing his own fine-grained, even languid style with the overwrought exuberance of this popular genre. This starts to feel less like simple contrasts in style, and more like an ongoing dialogue between the present and the past. In the archive footage, Shahrzaad radiates a bold sexual presence, confident and challenging, fitted to playing rebels and renegades. In the present day, Shahrzaad views racy footage of her past as a now elderly woman, her thick white hair under a black veil. She sees her own youthful, exuberant nudity, and laughs. The young Shahrzaad dominates the screen in the footage: glamorous, sinuous and glittering; and she continues to do so in the present, with the same dark eyes, sparking with intelligence.

These contrasts shape the visual style of the film: Parhami frequently shoots his subjects at a slight distance. This not only contrasts with the more abrupt FilmFarsi style, but also makes the most of all the contributions the scenery can afford to the documentary: from the dusty village and bare rooms in which Shahrzaad lives, to Tehran’s anonymous skyline, resolving into streets lively with murals and human activity, to the extravagant mansion that houses Tehran’s Cinema Museum. Of all these backdrops, the most compelling image is that of Shahrzaad herself, framed against the surreal landscape of Bagh-e Sangi near her home, a bleak, otherworldly contrast of art and nature, desiccation and creativity. Paradoxically, it here that she finally looks at home – timeless and unworldly; a poet, a seer, a crocus in a parched land.