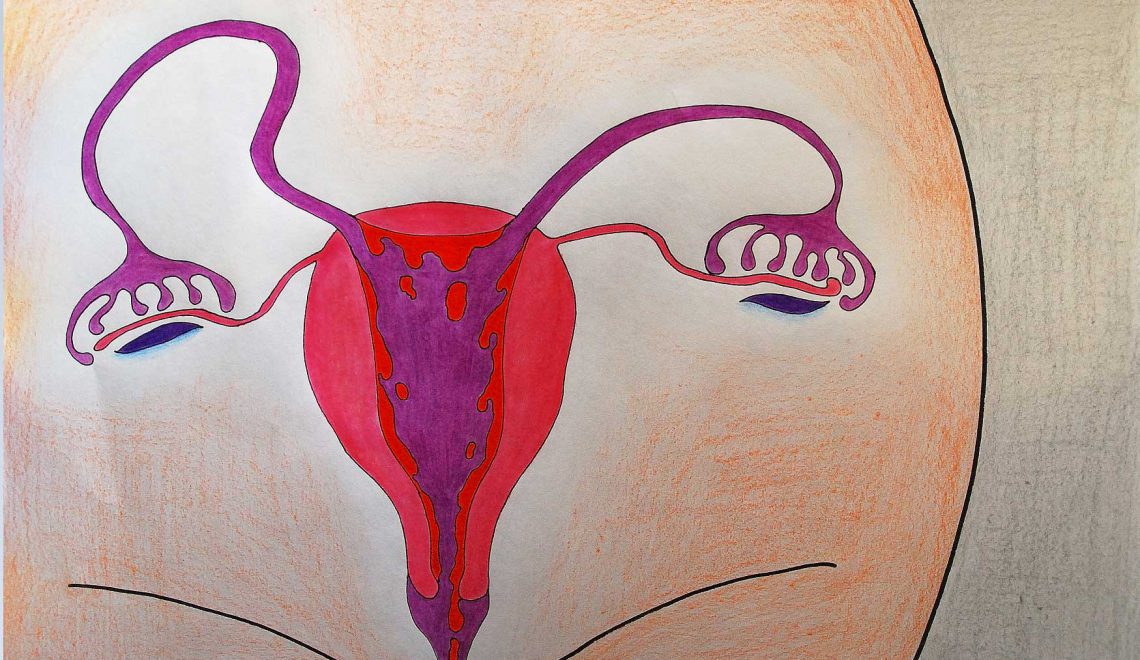 Whether it is the chhaupadi (banishment) practice in parts of Nepal or the tampon tax imposed in 40 states in the USA that deem tampons as ‘luxury items’ (Heh!), menstruation is a highly misunderstood and stigmatized subject with dire consequences for women and girls – including physical isolation to psychological shaming. More recently the conversation about menstruation has been expanding with young activists pushing societal limits – to not only break the myths and misconceptions around menstruation but to also normalise it. For instance, Rupi Kaur and advocate Jennifer Williams took to Instagram to document their periods, while other activists in India took sanitary pads to the street (literally) into protest rape and sexual abuse, as well as challenging societal taboos around menstruation. Sister-hood editors have also been tracking the #agahizarurihai hashtag on Twitter which was created by young Pakistanis to raise awareness of menstrual hygiene.

But we were also curious of each other’s experiences and opinions about menstruating while Muslim, and whether Muslim women and girls have unique experiences or stories to share. While these are prevalent throughout the year, for many women and girls, periods come with a heightened sense of secrecy during Ramadhan. Muslim women and girls are exempt from fasting during menstruation, but the stigma and guilt of not-fasting means women often feel uncomfortable. Hence the editors of sister-hood (Mediah (in the UK), Afak (in South Africa) and Hyshyama (in Sri Lanka)) reflect on this natural occurrence during this sacred month, acknowledging the fact that – if it wasn’t for endometrium (mucosal tissue lining the uterus that comes out as menstrual blood) – no human would have survived the womb.

Do you feel Muslim women and girls are discriminated in any way because they menstruate? Has the stigma and myths about menstruation stopped us from participating in religious, family and social life?

Mediah: In comparison to some Hindu female friends who can’t even enter the kitchen whilst menstruating, I don’t necessarily feel excluded from participating in religious, family and social life. From a young age, my mum taught me that you can be present at almost any religious occasion: the only thing is that you can’t pray. So, as a result all the aunties in the community will know you are on your period, which is just so awkward and embarrassing! Especially during Ramadhan if you are on your period, and you are not seen during Taraweeh (special Ramadhan prayers), then when the aunties next see you in the mosque, you get a stream of questions, ‘Where were you? On your break?’

I have to admit my mum trained us to be secretive about menstruating. I stuck to this until the last couple of years! Now my sister and I talk openly about it in front of my brothers. My mum doesn’t like it at all!

Hyshyama: While there are no overtly discriminatory practices related to menstruation there are societal limitations that have been put on what women and girls can and cannot do while menstruating. For instance, there is a particular (famous) Muslim gynecologist in Sri Lanka who believes women should not drive while menstruating, and doesn’t allow his wife to drive while she is on her periods. Does he know about the data from India, Australia, UK, US, Ireland and other countries that show women are safer drivers than men?

Women are demonised and portrayed as ‘highly emotional, anxious and unstable’ during this time and yet we’re not the ones who go trigger happy and commit over 90% of the world’s murders, including mass killings which we all know are overwhelmingly by men.

This myth has dire consequences. Menstruation has been used as an excuse to limit Muslim women from taking up leadership positions and professions. One example of this is how it is believed that Muslim women can’t be Quazis (judges) in courts because we might not be able to make proper decisions or judgments and would be too emotional while menstruating. Centuries of human history, development and medical research has not proven to such individuals with archaic mentalities how utterly misguided their perceptions are. Limiting women’s abilities down to difference in biology and discriminating on this basis is antiquated hogwash. MOVE ON!

Afak: I feel the stigma around menstruation is a global phenomenon. It is sadly still a taboo subject that is prevalent in many communities and cultures. It affects women and girls in a very negative way. For many young girls the beginning of womanhood becomes affiliated with negative affect such as shame, disgust and in extreme cases humiliation. Puberty is a natural process but it becomes an unnecessarily daunting journey to navigate. Unfortunately, due to lack of adequate knowledge and education for many girls their daily life is dominated by myths that lead to discrimination. For example, in South Asia many women are taught that they cannot go near the water when they are menstruating. So many menstruating women refrain from showering, making their period even harder to bear. Another myth is that exercising during periods is harmful, which impacts upon women and girls’ physical health. In some communities, women’s diets are also regulated because of their periods. For example, in some parts of India women are disallowed from eating dairy products during menstruation. In extreme cases they are systematically excluded from places such as the kitchen, praying mats and holy sites because they are deemed impure.

Since many girls and women cannot take part in the above-mentioned activities they not only experience a significant restraint on their mental and physical health but also upon their lifestyle. As a result, a natural journey into womanhood becomes a very traumatizing experience for many women and girls. Some feel that they are grossly discriminated because they are excluded from various rituals such as prayers, fasting etc. Meanwhile, you will also find women who are satisfied with the exemption and systematic exclusion from Islamic rituals. I think the latter women have not reflected or questioned these practices and have mindlessly accepted them as they were taught at a young age.

This is part 1 of our Ramadhan Reflections: #EditorsChat. Part 2 can be read here.