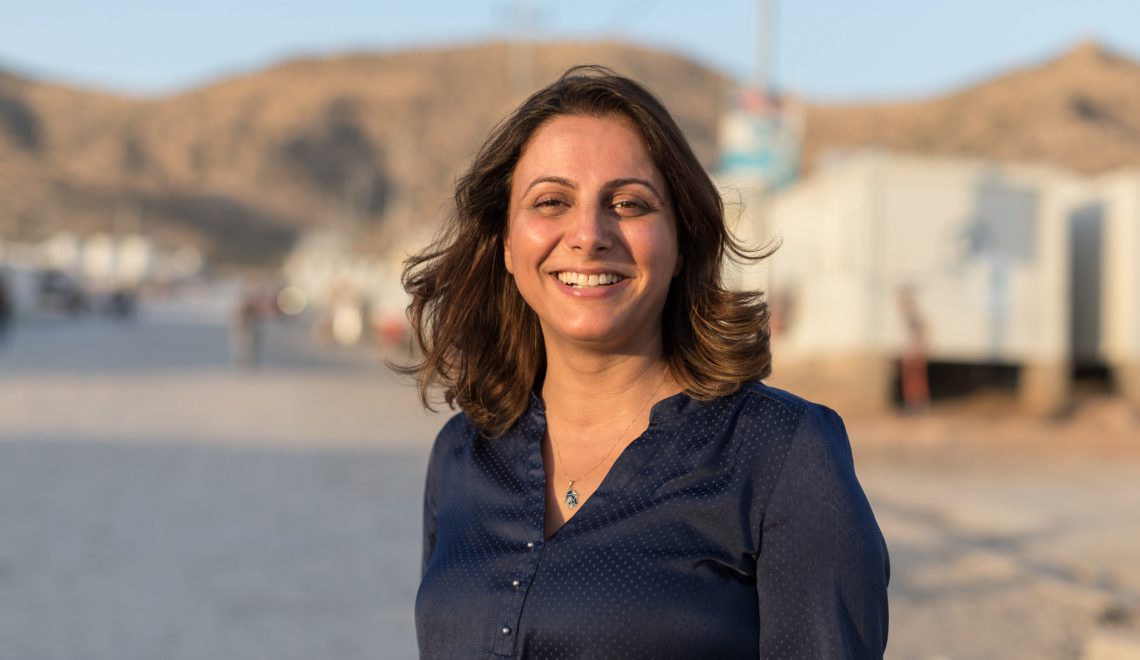 As a child, Taban Shoresh was a refugee from the Kurdistan Region of Iraq, due to her family’s flight from Saddam Hussein’s dictatorship. After the collapse of his regime and the rise and fall of the Islamic State, Taban decided to return to the Kurdistan region to help women and girls. In this interview with sister-hood Taban tells her story and outlines her project.

You were detained with your mother at just four years old by operatives of Saddam Hussein’s government. Can you explain why that was, and what happened to you?

My family are Kurdish from the Iraqi region of Kurdistan. My father was politically active; he was a poet and Peshmerga defending Kurdish rights. For this, he was on Saddam Hussein’s most wanted list. I was captured with along with my mother and grandparents in the hope that he would turn himself in, or that my mother and grandparents would disclose his whereabouts. Neither of these things happened.

At the time, anyone that was politically active against Saddam Hussein’s pan-Arabist ideology could be killed. The Kurds were heavily persecuted for their identity – the ‘Anfal’ genocide campaign by Saddam Hussein resulted in 182,000 losing their lives. It was also dangerous for most Kurds who were fleeing for their lives or in hiding because the Iran- Iraq war was going on. Many of the places that would be targeted in this war were rural areas – which were where Kurds would hide to get away from persecution from Saddam’s regime. So staying alive was very hard.

How and why did you and your family escape the Kurdish region?

It’s a very long story. In short, my mother, grandparents and I were captured and put in prison. The plan was that we were to be buried alive. We had a miraculous escape, with drivers rescuing us – but we were still under a death sentence so had to go into hiding. After three months in hiding my mother wanted to get us to safety, so we had to leave Kurdistan. We spent one full year in hiding, fleeing until we reached – and were smuggled across – Iran’s border. My father followed us, but he had been poisoned by Saddam Hussein’s agents – he was in critical need of medical treatment so he was smuggled into Iran. When Amnesty International heard about the story they brought him to the UK. We followed him one year later.

You’ve built a life in the UK now. What has that entailed?

We came to the UK in 1988 as refugees. Life wasn’t easy to start with. We had been forced to leave everything and everyone we knew. We had experienced horrors that children our age should never have gone through. I just didn’t talk about my experiences at all, as a child. It made me feel like I was different, and I didn’t want to go through that particular experience again. I suppressed my past for several years. Growing up as a teenager in the UK, I felt torn between two identities and cultures. It was very difficult in terms of adjustment and understanding. It took time to grow into knowing myself.

You spoke about your experiences in Iraq in the House of Lords. Can you describe how that happened?

It was on the date of Remembrance Day for the Kurdish genocide. As a survivor, I spoke about my experience. It was the first time I’d spoken about my experience publically. Seeing people moved to tears and getting a standing ovation was overwhelming. It was then that I realised I should recognise that I’ve been extremely lucky and I should use my experience in a positive way to raise awareness and help others.

Can you briefly explain the impact of ISIS on the Kurdish region – particularly for the Yazidi minority?

The impact of ISIS in the Kurdish region is still seen today: over 2.6 million people have been displaced: they have lost their homes, their loved ones and the life they had. They live in camps because their homes and towns have been shattered into pieces. The Yazidi community were subjected to horrific atrocities. They faced genocide because ISIS wanted to wipe them from the region. The majority of the men were killed, the boys taken to be child soldiers, and women and girls were taken, imprisoned, sold, raped and used as sex slaves.

You set-up an organisation called ‘The Lotus Flower’. Can you explain what it does?

We are a non-profit that supports women and girls impacted by conflict and displacement. We are local implementers that work at the grassroots level to get right into the heart of communities. We raise awareness about the difficulties that these women and girls face and try to provide education programmes outside the region to build understanding between communities. 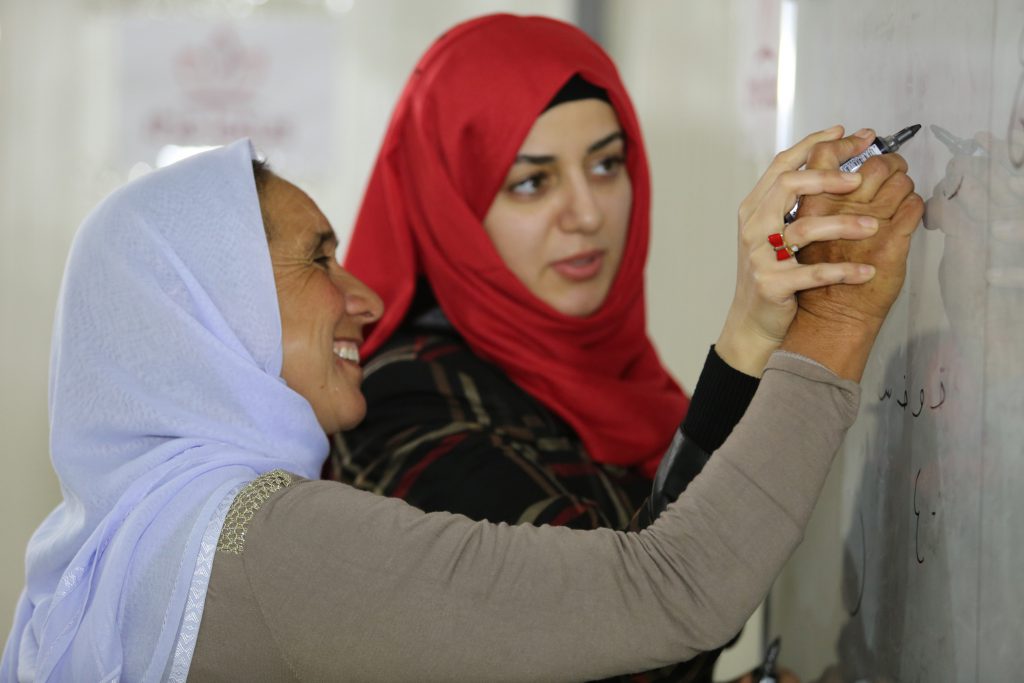 What were your goals in establishing this organisation?
As someone who has survived genocide and been through a lot over my own personal journey, setting up The Lotus Flower comes from a very personal place: of wanting to help other women and girls that have faced something similar. I want to help them rebuild their lives. I believe they can, because women and girls are a vital pillar of strength within their communities.

What problems are the women and girls you are supporting through ‘The Lotus Flower’ dealing with? How does your organisation help?

We provide projects that fall under our three pillars: educate, earn, empower. Educate will have educational programmes, in and outside the classroom. We provide Adult Literacy, Computing and English classes, for example. Earn has economic empowerment programmes, for example Sewing Sisters, which is a project born out of the women wanting to learn a skill to help them earn a living. Empower will include empowerment programmes where we work with women and girls to raise awareness about their legal and health rights. We provide workshops that build their confidence and help them rebuild their lives. We provide medical and psychological support where needed.

What have been the main accomplishments of your organisation so far? 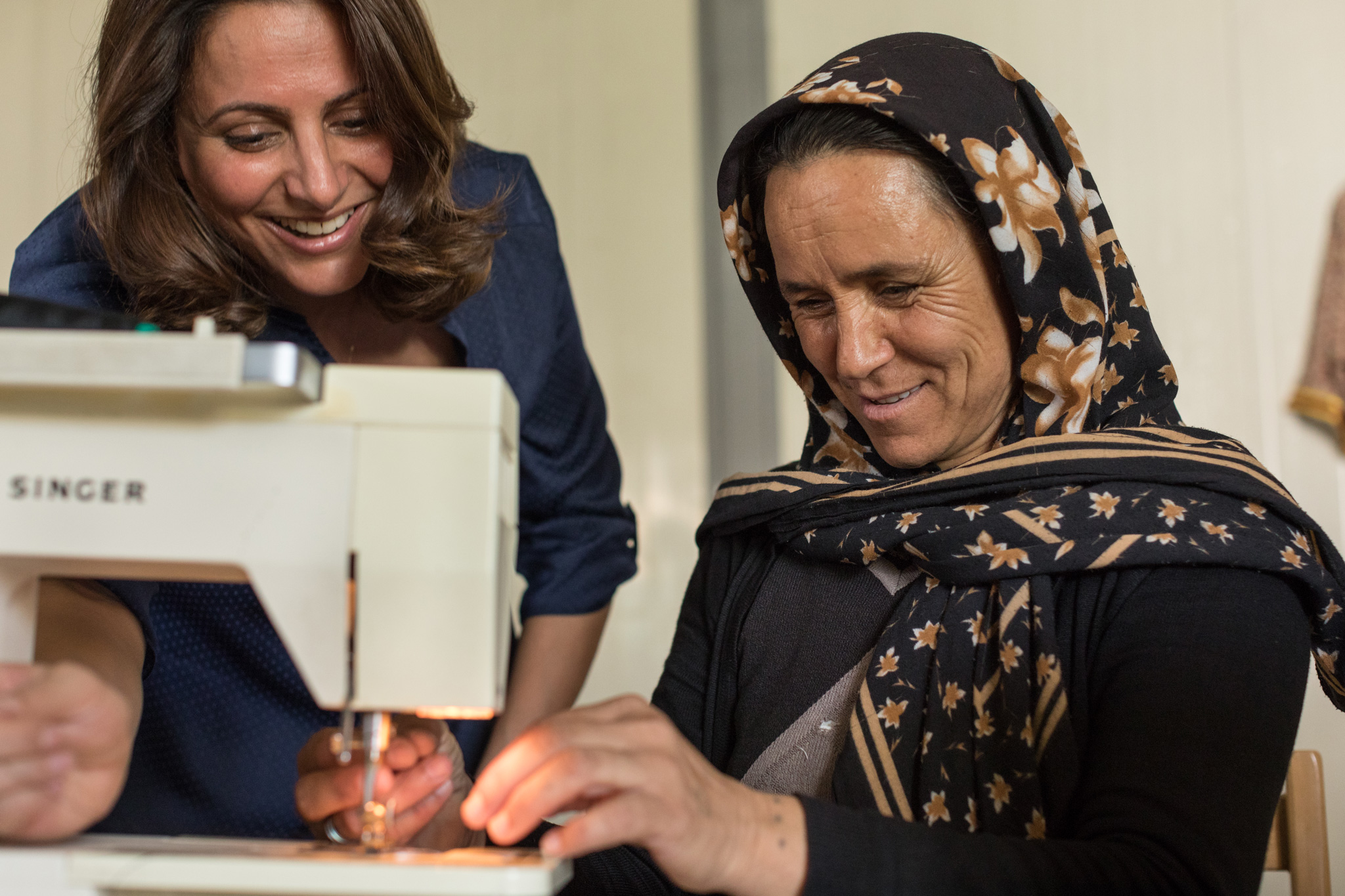 In 2017 we helped over 350 women and girls in the Kurdistan region of Iraq – we implemented at least six projects successfully. For the income generating projects like Sewing Sisters which supports women who have completed the course – we have built local market linkages to help them get contracts with local businesses for work.

We hope to continue our projects in Kurdistan in 2018 and also start raising more awareness and doing educational programmes in the UK. We would like to support survivors with integration programmes once they are in new homes.

Can you describe your new campaign #thirtyfiveto350K?

For my 35th birthday I wanted to kick start fundraising for 2018 – I’ve been very lucky in reaching 35 years of age, and I feel blessed to have made it this far. I want all girls and women to be given the same opportunity. This year of fundraising towards this will help us support them. We would love everyone to support us in fundraising towards this campaign to help us reach our target.

What future would you like to see for Iraq, and for the Kurdish region in particular?

For more information about The Lotus Flower visit their website on www.thelotusflower.org you can also donate or contact the team to find out how you can help fundraise to support their projects. You can also follow them on social media @thelotusf