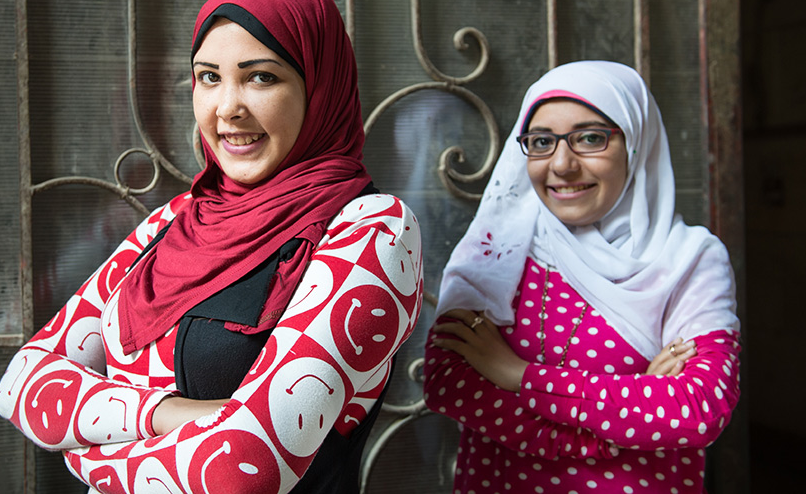 Taking back justice with grassroots women in Egypt

Over the past 20 years, the Center of Egyptian Women Legal Assistance (CEWLA) has worked with thousands of grassroots women in Egypt and throughout the region. The group has helped marginalized Egyptian women access legal services, has led sexual health trainings, and has hosted seminars about literacy and political empowerment that have enriched and empowered women of all ages. But next year, the organization may no longer exist.

CEWLA, along with dozens of other civil society organizations in Egypt, is being targeted by the Egyptian government. “Our situation is not good,” says Noha Ali, International Relations Unit officer. “By the end of this year we don’t have any hope to continue if we are unable to get approval [from Egyptian officials to continue CEWLA’s work].”

CEWLA has designed programs and even sourced funding from international donors. Yet the ministry has denied approval of their programs, meaning the group can’t access these funds. Without access to such funding, they can’t pay for their programs or provide salaries for their 22 employees.

The organization is currently preparing for a potential investigation by the government, trying to open lines of communication with the government, and allying themselves with other NGOs that are also under investigation. “It’s a very difficult time,” says Noha Ali. “But we are very strong and we are used to such situations, because it’s not the first time. But this time, we feel that it’s very severe.”

And, Noha adds, the people most at risk are the thousands of women who CEWLA serves. “It will affect the grassroots, the people that we really serve. When we go to the grassroots and try to help and improve the services, we all the time try to convince them that our work is reliable and our funding is reliable,” says Noha. “And now, we cannot continue.”

Through all their programs, CEWLA works directly with grassroots communities to understand the issues women are facing, then uses that knowledge to advocate for policy changes, so that injustice can be addressed at a systemic level. They focus on how women’s issues are being represented in the Constitution and existing laws, and work to tackle discriminatory laws or laws that protect women but aren’t enforced.

“We assess the current laws, in order to change, amend, or even issue new laws that protect women’s rights in Egypt,” says Noha Ali. For example, CEWLA is planning strategies to lobby parliament for changes to Egypt’s personal status law, which deals with domestic issues like divorce, child custody, and polygamy. “All of this is based on working on the ground with the people who come to our office. There are women who come to present their problems, and because we are working with the grassroots, we actually can put our hands on the root problem. We can help these women, but how can we solve the problem if the law itself is discriminatory?”

They also offer training to paralegal groups about women’s human rights and legal protections, to encourage them to make decisions fairly. “If the problem is between, for example, a girl and a boy, or a husband and a wife, or a sister and brother, you shouldn’t waive the rights of the woman just because she’s a woman, and she should respect the customs and the traditions of her country,” says Noha Ali. “No, you have a law, and you should respect this law. Your decision should be just and fair, regardless of gender. In the end, your decisions should be appointed to the laws, and we don’t want to depend on customs and traditions.”

One of CEWLA’s programs pairs women facing legal issues (such as divorce, inheritance issues, custody cases and more) with social workers and lawyers, who help guide their cases through the legal system. This is how Nehmado learned about CEWLA.

Nehmado’s husband once beat her so severely that afterward, he forced her to stay inside. He didn’t want the neighbors to see her injuries.

His physical and verbal abuse began in their first year of marriage. Nehmado even reached out to her family members for help, but they were more concerned with making sure Nehmado didn’t get divorced. “I went to my family twice after him beating me, and they returned me back,” says Nehmado. “It’s a stigma we have for divorced women. They don’t want me to be a divorced woman.”

Nehmado learned about CEWLA through her cousin. “The first time I came to the office, I was really afraid. I didn’t have the courage or power to speak out,” Nehmado said. “But once I stood with the psychologist and social worker, I felt such support and such power.”

CEWLA helped her raise a lawsuit against her husband—not for beating her, but for taking the furniture that was promised to her in a pre-marital contract. This is a common strategy in domestic abuse cases, when women can’t rely on authorities pursuing a domestic violence case. “The issue is that we can prove that the furniture was stolen, but we can’t prove that she was beaten,” say Noha Ali. “And sometimes even in the process if you do try to prove your husband is beating you, when you go to a police man and tell him your husband hits you, he doesn’t take the case. They say, ‘This happens! It’s part of the custom.’”

Nehmado won her case against her husband, and also learned through CEWLA that she was entitled to alimony. They helped her win that case, too. She also began taking literacy classes offered through CEWLA and attended seminars about issues such as women’s rights and reproductive health. “Through all these processes, I got such a feeling of power. I now have self-trust and self-confidence. I no longer care about people gossiping about me, that I am a divorced woman,” says Nehmado. “I used to be afraid to even cross the street. Now, I have so much courage.”

Noha and Hagar, beneficiaries of CEWLA

Another of CEWLA’s core programs is “societal development,” with programs meant to improve the social standing of women through services and education. They offer assistance to women who need IDs or birth certificates for their children (a complicated task for the marginalized women CEWLA works with; but a key step nonetheless to ensure children have access to public education and healthcare), present community seminars like the literacy classes Nehmado attended, or offer sexual rights and health training.

Noha and Hagar came to CEWLA when they were 19 years old to attend a training on sexual harassment and sex education. “I learned many things I didn’t know about the stages of adolescence, and the body of the girl, and different topics about scientific issues,” says Noha.

“We should have learned this in school, but I remember during the lesson [about reproductive health], actually the teacher turned over the page and decided not to talk about it because he was a man,” says Noha. “I wish that I had such information before when I was younger because it would’ve been very useful for me. So actually I loved the experience, and I am happy to have such information to give to my sister or even my daughter in the future.”

Hagar and Noha are now studying law and Arabic literature at the university and act as trainers for CEWLA. They have become sources of information for other women and girls in their family and community. “Now I feel brave,” says Hagar. “I have more awareness about things I didn’t know before.”