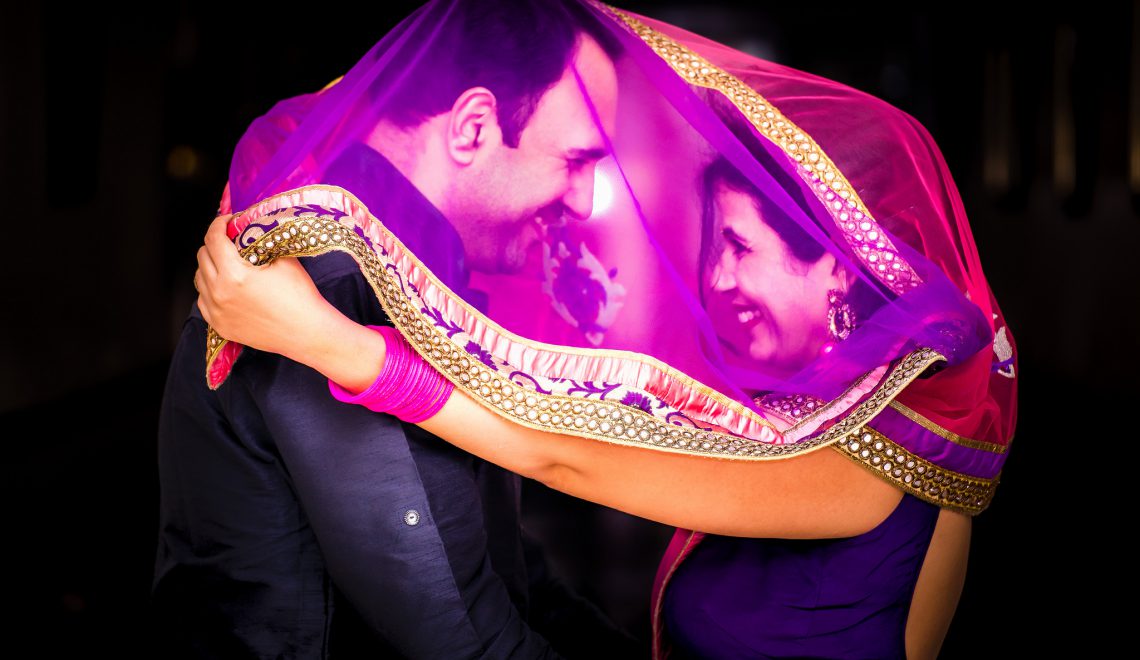 The number of people in England and Wales living with or married to someone from another ethnic group jumped by 35 per cent to 2.3 million between 2001 and 2011, according to the Office for National Statistics in 2014.

In a country representing upwards of 270 nationalities, 300 languages and 400 registered political parties, it’s difficult not to mingle. While it may seem inevitable that such exposure would lead to a rise in mixed attractions over time, this ‘natural’ integration comes with more pain and hardship than one might expect, especially within British Muslim communities.

There is a taboo attached to inter-cultural and inter-faith relationships within British Muslim communities. This stigma applies to Muslim women more acutely than to their male counterparts.

Ibrahim Mogra, Assistant Secretary General of the Muslim Council of Britain, speaks of the difficulties that families have in accepting interfaith relationships: ‘Islam says it’s forbidden. And I think to have your daughter openly go against God’s law is and can be very very difficult.’

At times, this opprobrium can turn into outright violence and intimidation against individuals in interfaith relationships. According to the UK constabulary, 2,823 honour crimes were reported to the police in 2010, and an estimated 10,000 forced marriages take place in Britain every year. Many women confront shame, guilt and prejudice. They hide their relationships, living double lives for fear of upsetting loved ones. Black men marrying into Asian families (both converts and non-converts) seem to suffer the worst discrimination. An NOP poll of over 1,700 people which was conducted for the Institute of Public Policy Research (IPPR) in 1997, found that 32% of Asian respondents – compared to 13% of white people – said they would ‘Mind a lot’ if one of their close relatives were to marry a person of Afro-Caribbean origin.

Pernilla Ouis’ research adds weight to this discrepancy between individual choice and parental expectations: ‘Although most interviewees said that in theory they would accept a partner of any ethnicity or race, one tentative finding of the research project is that, sadly enough, some kind of racism based on skin colour still plays a role in choice of spouse.’

A number of these issues come to the fore in Hidden Heart, a documentary I have been co-executive producing with Christopher Hird of Dartmouth Films since 2012. Directed by Independent Filmmaker Zara Afzal, Hidden Heart offers a nuanced and sensitive portrayal of the backlash that British Muslim women often face when marrying outside their ethnic communities. It has three female protagonists from different backgrounds: British-Pakistani, British-Moroccan and British-Indian.  Hidden Heart had its world premiere on www.togethertv.com on 16th February 2018.  As well as telling the personal stories of these women, it features brief theological opinions from Ibrahima Mogra (mentioned above) as well as Dr Usama Hasan, an imam and senior researcher who takes the opposing view on the permissibility of Muslim women marrying non-Muslim men in Islam.

It is safe to say that the multitude of religious interpretations of Muslim women marrying non-Muslim men has not filtered down to the grassroots. Even if one were to follow mainstream opinion, it must be recognised that attraction and compatibility cannot be number-crunched via some precise formula, and that the Human Rights Act expressly promotes the right of choice in marriage. To me, it is obvious that Muslim women should be able to marry outside their faith communities and feel confident in doing so without that neurotic voice in the background telling them they are doing something wrong.

This is particularly the case if they have exhausted other options within their own faith communities. It is time to make a distinction between actual wrongdoing – based on the fitra, or the innate predisposition of human beings to do good – and the guilt induced by trying to do the hula with different community-based ‘rings of expectation’ all at once. One by one, the rings will eventually fall down.

On the Project Ijtihad website, Dr Khaleel Mohammed, associate professor of religion at San Diego State University, addresses the patriarchal ‘ring of expectation’ in his fatwa on Muslim women marrying non-Muslim men. ‘In our day, since Qur’anic Islam (as opposed to the Islam of male jurists) we must acknowledge the radical notion that women are the equals of men, that women have legal rights, and that those rights include placing conditions on the marriage (what you and I would term a ‘prenuptial agreement’), then an interfaith marriage can take place on condition that neither spouse will be forcibly converted to the other’s religion. As long as that condition is respected, you and she have my blessing.’

Interfaith marriage is one of the contemporary issues at the nexus between individual choice and communitarianism, an issue explored by Cambridge University’s Contextualising Islam in Britain II report. When Muslim women marry outside their ethnic and religious communities, they are not merely exercising individual choice, as choice does not exist in a vacuum: the ‘push and pull’ that occurs in most religious and ideological movements can build towards a critical mass. For example, every time a Muslim woman – particularly if she occupies a high-profile position within a Muslim community – decides to don a hijab, it creates an expectation that other women should do the same. Consequently, if more women made lifestyle decisions that were considered controversial by the community consensus – and were vocal about this – the consensus would gradually shift.

The courage that it takes to go against the ‘in-group’ status quo is surely a price worth paying if it means beating the relationship gridlock and the collective stagnation offered by the alternative. This is not to say that one should be controversial for the sake of it. It is a matter of personal authenticity and the ability to manifest different aspects of one’s identity in public, without having to repeatedly apologise for choices that are neither illegal nor damaging. Many women in cross-cultural marriages never thought they would end up marrying outside their own communities, but simply happened to find genuine compatibility with someone from the ‘out-group’ – and face unjust and harsh treatment as a result.

Kudos to all of these women, including the three very different women featured in Hidden Heart all of whom had the courage to not only follow their hearts, but show the fruitful results.

Tehmina Kazi is a human rights activist and writer based in Cork, Ireland. Tehmina was the Director of registered charity British Muslims for Secular Democracy from May 2009 to August 2016, where she worked to raise awareness of secularism among British Muslims and the wider public. She is a trustee of Hope Not Hate, an advisory board member of the Measuring Anti-Muslim Attacks project, an Inclusive Mosque Initiative volunteer, and on the Committee of the Cork Three Faiths Forum. Tehmina was named one of the BBC’s 100 Women in October 2013 and 2014, and held the Eric Lane Fellowship at Clare College, Cambridge from January to March 2014.