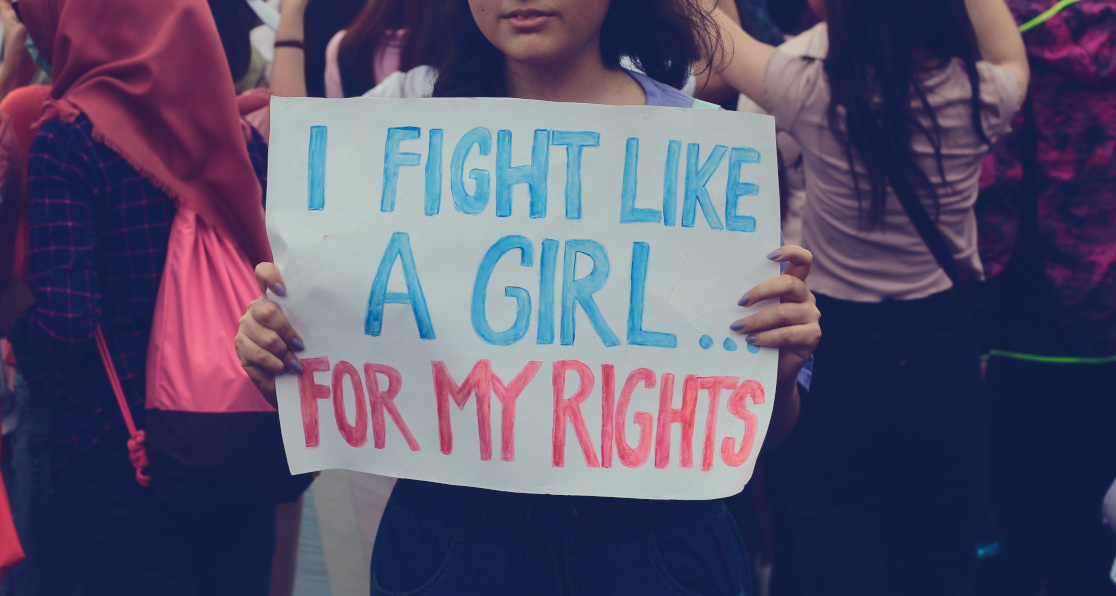 Yesterday on International Day of Families, Muslim women around the world were asking, if not now, when? The gendered impact of the COVID-19 pandemic has dredged the many injustices and discriminations women face in the family to the surface.

The continuing weeks of lockdown mean that women’s disproportionate share of unpaid care and domestic work multiplies. This eats into the time needed to accomplish the deliverables of their paid work. In many Muslim communities, as in others, domestic violence has surged. In some, domestic violence helplines suddenly fell silent because women could not find a safe space to make a call for help.

While the home and family is supposed to be a safe place, the coronavirus pandemic has exposed this assumption as a facade. In the Muslim world, inequalities in the home are at the heart of the inequalites playing out in society. Recovery from this pandemic must lead to a more just and equal world, not least for women governed by family laws and practices that regard them as the inferior half of the human race.

Year after year, data shows that countries at the bottom of the World Economic Forum gender gap index and the World Bank’s Women, Business and the Law survey are those whose family laws explicitly discriminate against women. Unsurprisingly, these surveys show that at least 21 of the bottom 25 countries are Muslim-majority countries. Another cross-country study drew the conclusion that ‘egalitarian reform of family law may be the most crucial precondition for empowering women economically.’

And yet, currently family law reform remains the most intractable area of law reform, not least because religion is used to justify resistance to change. We still find leaders in the Muslim world who oppose the demands for equality by invoking the name of God and persecuting women human rights defenders for allegedly being a threat to public order and national security.

To this day, more than 45 countries have Muslim family laws, codified or uncodified, that remain discriminatory. Many of those in authority claim that these laws are divine, and therefore unchangeable.

But these laws are largely based on a legal framework developed by Muslim jurists centuries ago. These jurists regarded men (husbands, fathers, uncles, brothers, even sons) as ’providers and protectors’ of women and children, and considered men to have authority over women; in return, women are supposed to obey and serve these men.

In practice, however, many men do not, or are not able to, protect and provide, and many women choose or are forced to contribute to their family’s income and welfare. Yet male authority over women has remained intact. A man who does not provide for or protect the women in his family still maintains his authority in law and practice.

Many Muslim governments and traditional religious scholars argue that this legal framework remains valid because it provides what they regard as ’complementary rights,’ not ’inequality.’ Men are granted rights women do not enjoy supposedly due to their responsibilities to provide and protect. But in reality, many women today are providers and protectors of their family, either solely or jointly with their husbands. And yet, women do not enjoy any corollary rights and privileges.

This disconnect between law and reality must end. The Muslim legal framework that discriminates on the basis of sex poses a crisis to family life today and undermines well-being in the private and public spheres. Family laws based on this classical gender construct no longer reflect the justice of Islam. Governments should no longer be allowed to evade their obligations to bring about a just society through using religion, culture and tradition to justify their resistance to legal reforms.

As the world marks the 25th anniversary of the Beijing Platform for Action, Musawah, the global movement for equality and justice in the Muslim family, is launching a Campaign for Justice in Muslim Family Laws. The campaign will bring together women’s rights activists, academics and policy makers in Asia, the Middle East and Africa to create a global momentum for the urgent necessity to end discrimination against women in the family. This campaign will link up with the Global Campaign for Equality in Family Law, initiated across regions, religions, cultures and traditions, to bring stakeholders together to demand that governments take steps to reform discriminatory family laws by 2030.

There is a growing movement of women and men in the Muslim world demanding reform of these discriminatory laws. We facing a lack of political will to confront the dominant conservative forces who misuse the name of Islam to wield politics and patriarchy. We believe that Islam is a source of justice and equality. To see these principles reflected in society, we must start in the family.

The coronavirus pandemic offers not only an opportunity for governments to implement laws and policies that are more egalitarian and center the most vulnerable of their societies, but also for governments of Muslim countries in particular to dismantle the patriarchal legal framework that constrain their economies, societies and families from achieving their full potential.

In the 21st century there can be no justice without equality.

Zainah Anwar is a founding member and the executive director of Musawah, a global movement for equality and justice in the Muslim family. She was a founding member and former executive director of Sisters in Islam, a Malaysian NGO working on women’s rights within the Islamic framework. A prolific writer, speaker and activist of women’s rights in Muslim contexts, she was awarded the United Nations Malaysia Award 2019 and recently wrote a monthly column, Sharing the Nation, in Malaysia’s largest English-language daily, The Star