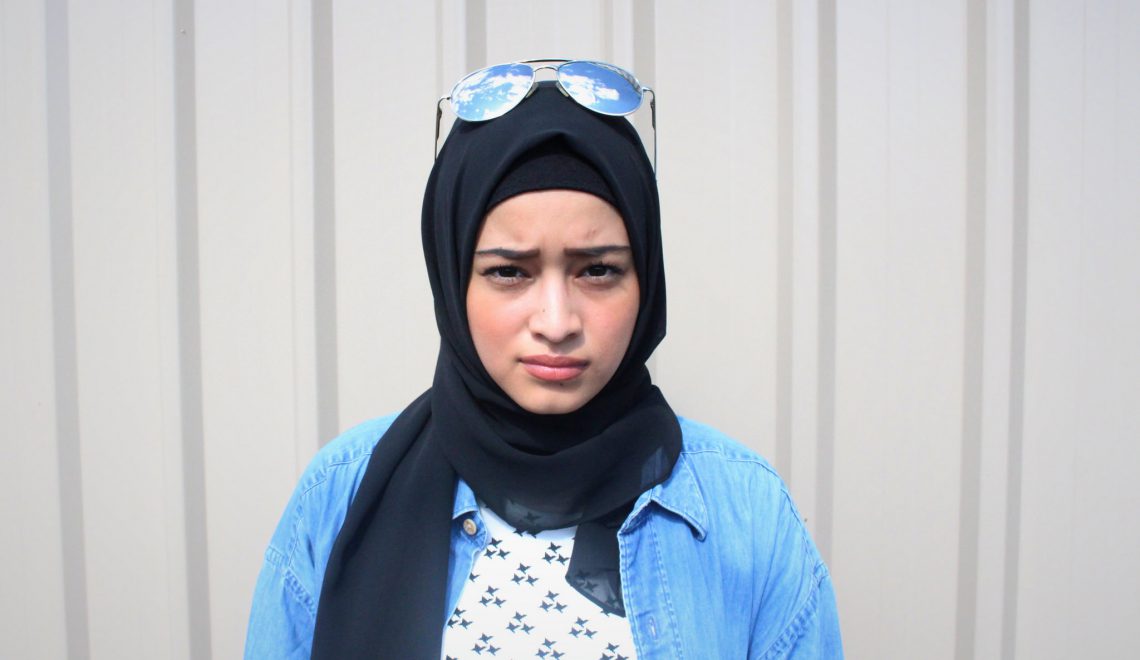 I first discovered the ‘hijabistas’ by watching Youtubers such as Dina Tokio, Ascia AKF, Habiba da Silva and Noor Tagouri. Through these Youtubers, I found Modest Street Fashion, a book documenting the trend for modest fashion which has spread from the streets of Kuala Lumpur to the alleys of New York City. The book profiles some of the highest profile hijabistas, who confidently project their colourful and glamorous faith-driven style.

At first, I was thrilled and captivated by the colourful and imaginative ways in which these women were wearing their hijabs. These hijabistas demonstrated to young Muslim girls that they could wear a head-cover and still be fashionable. The most famous British hijabista, Dina Tokio, has argued that this movement makes the statement that Muslim girls like being trendy too. These statements have won the hearts and minds of many young girls. High street chains like H&M and House of Fraser have recently launched their own modest clothing lines in order to capitalise upon the demand.

As Shelina Janmohamed, author of Love In A Headscarf observed, ‘today’s fashion industry is about consumerism and objectification – buy, buy, buy and be judged by what you wear. Muslim fashion is teetering between asserting a Muslim woman’s right to be beautiful and well-turned out, and buying more stuff than you need, and being judged by your clothes – both of which are the opposite of Islamic values.’

Her powerful statement critiques the assumption that a glamorous woman with a head-cover is modest and empowered. The recent controversy around the journalist, Noor Tagouri, who posed on the front cover of the men’s lifestyle and entertainment magazine Playboy emphasises the urgent need to critique the way in which modesty is being defined under these influences.

Not my kind of feminism.

For me, the fashion movement is clouded in contradictions. The majority of well-known hijabistas live in Europe, the US or the Gulf. This underlines their status of privilege over many other hijab-wearing Muslims. This elite group of hijabistas are perpetuating an ideal of the ‘acceptable’ form of Muslim female modesty in the West. This ideal centres upon a slightly seductive, light-skinned glamorous woman, not a dark-skinned, ordinary-looking woman with a head-scarf. It disturbs me that this ‘perfectible and acceptable’ image of a Muslim woman is being passed off as a forceful case for modesty. Tagouri posed on the front cover of Playboy under the title ‘Media Wunderkind Noor Tagouri Makes a Forceful Case for Modesty.’ Her ‘forceful case’ was based on her own individualism, authenticity and her influence over other Muslim girls.

But how can such glamorous images be considered the epitome of Muslim modesty? ‘Hijab girl power’ ultimately serves the same purpose as the former Spice Girl trend of ‘girl power’: selling magazines, clothes and cosmetics. This is a restriction upon the definition modesty, particularly for Muslim women who practice their faith but do not choose to cover their hair. It also has the potential to coerce many Muslim girls into an essentialising straightjacket, where they feel that they must resemble the light-skinned, thin and glamorous hijabistas in order to be accepted in a western context.

“Muslim girls should be taught to feel liberated and strong in their faith from within their heart.”

I believe that in a climate of rising Islamophobia, Muslim girls should be taught the importance of strengthening their character rather than focussing upon their appearances. Last year, during the Feminism in London Conference, I met the renowned Egyptian feminist Nawal el-Saadawi. I still remember the strength, energy and confidence with which she addressed the audience upon her novel Woman at Point Zero. This novel centres upon Firdaus, a Muslim Egyptian woman, who is oppressed by patriarchy, capitalism and social corruption. She rises against these intersecting forms of oppression in order to gain her dignity and prove her strength. These are the kind of women that Muslim girls should aspire towards. Images of glamorous light-skinned women who we will never resemble cannot rectify the structural inequalities and discrimination in society. It is time for a genuine debate about modesty, and confidence-building in order to raise Muslim girls who can overthrow what el-Saadawi describes as, ‘a hierarchical system that subjugates people merely because they are born poor, or female, or dark-skinned.’