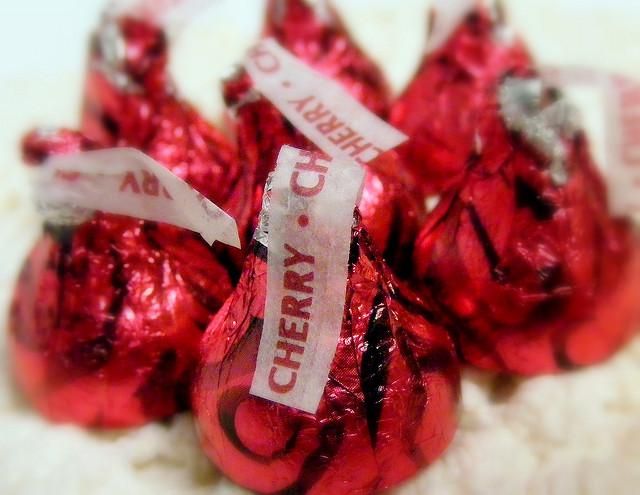 I grew up in the Middle East and have lived here all my life. I’m not sure if I can truly call myself a Muslim. I can’t remember a time when I didn’t question the concept of free will, women’s status in Islam, or the belief that nothing in the Quran could be questioned. All of these positions insulted my inquisitive mind.

Ever since I can remember, I recall being skeptical about our culture and our judgment of other cultures as less moral than our own. It didn’t make sense, especially that I had been forced to learn at the age of 11 that, for some reason, men might find me attractive, and that I needed to pay attention to what I wore, how I sat, how I walked and how I talked. I was told that was in my 11-year old’s power to attract or repel men from looking at me. Men were powerless over their instincts; the morality of men was in my hands, not their own.

This didn’t make sense to me, because our ‘religion teacher’, made sure all the girls with nice legs sat in the front of the class, yet had the audacity to lecture us about morality. He would tell us that if we wanted to be virtuous Muslim women then it was our duty to cover ourselves and wear the hijab so we could protect men from having deviant thoughts.

He would go on about how men’s privileges over women were justified on the basis of men tending to be more rational while women were not. He’d also say that if divorce were in women’s hands, most women would get divorced as they were overly emotional. He attributed this to the fact that women menstruate.

I found this hard to believe. I dared to defy him once. I argued that men often abandon their wives and families for a younger woman that they become obsessed with, but that one rarely finds women deserting their families for another man. Of course, according to Ustaz Jallad, I was an infidel who would burn in hell because I had dared to question him.

As I grew up, I realised that Ustaz Jallad was a sexual predator. He made me feel like a piece of meat. I remember him so well: the henna in his hair, because he believed that grey hair was haram for some reason. He’d walk around our all-girls’ school’s hallways with a straight face, having mastered the art of ogling teachers, students and anything else that walked by, stripping them naked in his imagination. I noticed his creepy eyes checking me out while I talked to him. I noticed how he’d find a reason to get the girls with the shortest uniform in trouble and demand that they sat in the front, under his eye.

It didn’t make sense to me. If men were powerless over their instincts, and if they had no control over their desires, then how come they were given superiority in terms of the number of wives they could marry, that their testimony was worth double that of a woman or that they could inherit double the amount of a woman?

It always seemed that men had more privileges from the minute they were born. That extra piece of flesh dangling between their legs seemed to grant them endless rights. Despite the fact that a girl is given the burden of protecting the honour of her family from birth, her brother is still celebrated and considered to be worth more from the very second he is born. A girl is expected to do chores and make sure the males in her family are comfortable, whereas her brother has no chores: all he has to do is breathe. No one talks to their sons about how their bodies are holy and not to be touched. Only a girl’s body is holy; once it’s touched, it’s forever tainted, even if she has been raped.

I tried so hard to accept Islam: to stop questioning it, to find a way to come to peace with it. I couldn’t. The struggles that I felt were similar to that of a gay person in denial of his or her sexual orientation, trying to conform to society’s norms without any hope of success. I tried fasting. All it did was make me hungry and snappy all the time.

I often found myself fearful of God. God to me was scary. I’d better not upset him or else his revenge would be harsh. With time, I became angry with Islam because it felt like everything was a woman’s fault. If men stared at me it was because I had ‘asked for it’, if my brother was angry with me and hit me it was because I provoked him and my defiance needed to be broken, and if my husband cheated on me it was either because I wasn’t enough for him, or it was the other woman’s fault for tempting him.

In a nutshell, this means that I am nothing but a piece of chocolate, expected to suffer through the heat under a veil, and to come to terms with being a commodity, waiting for the right person to decide that I’m worthy of possessing. It wasn’t until I grew up and travelled that I realized that despite the fact that I was in my 20s, no one stared at me on the streets, no one verbally harassed me and that I could comfortably get into cabs without watching the driver adjust his mirror so he could ogle my helpless body. Then, and only then, I realized that in a society where women tend to be covered, men still manage to find a reason to verbally harass them. In societies where women aren’t covered, men are not so blatant.

It bothers me how in the Middle East, a woman is taught that her sexuality is non-existent and that sex is dirty and a taboo. However, the second she gets married, her body automatically becomes her husband’s property. She’s suddenly expected to allow him to fifty-shade her anytime, anywhere and any way he pleases. This concept baffles me. How is a woman expected to be wild and free in bed, and to shed her inhibitions when she’s taught all her life that her body is awra that needs to be covered? How is she expected to unleash her desires, or even to dare to acknowledge that she has desires, when according to society, men are the only ones with desires. The purpose of her body is only to please her husband and to bear children that carry his name.

Moreover, a woman seems to always belong to someone. She’s someone’s daughter or someone’s wife and if, God forbid, she doesn’t end up getting married, she’s someone’s sister. She’s never her own person. Without the consent of a man in her family, even if it this is her much younger brother, a woman is never free to choose who to marry, how to spend her money, where to travel or how she spends her time. It’s vital that a piece of chocolate remains wrapped. It’s as if society and religion are telling her you are incapable of existing, functioning or even making a single life decision without a man.

It’s for these reasons, and for my family’s safety and my own, that I’m forced to write this article anonymously. It’s because no one has the right to defy, question or criticize our culture that allows these misogynist, outdated doctrines to remain. Those who had the courage to do so have been silenced.

I’m at peace and finally feel free of all these chains and refuse to tie myself to any religion, race or place. I’m still a child of God, who I don’t fear, but love and I know he loves me back. He watches over me and does things that might not make sense at the time, but he seems to always have a bigger and better plan for me.

I belong to this earth and I’m a global citizen looking out for my fellow human beings regardless of their religion, race, or sexual orientation. I am simply myself and I’m so happy that I can finally look in the mirror and love who I see.