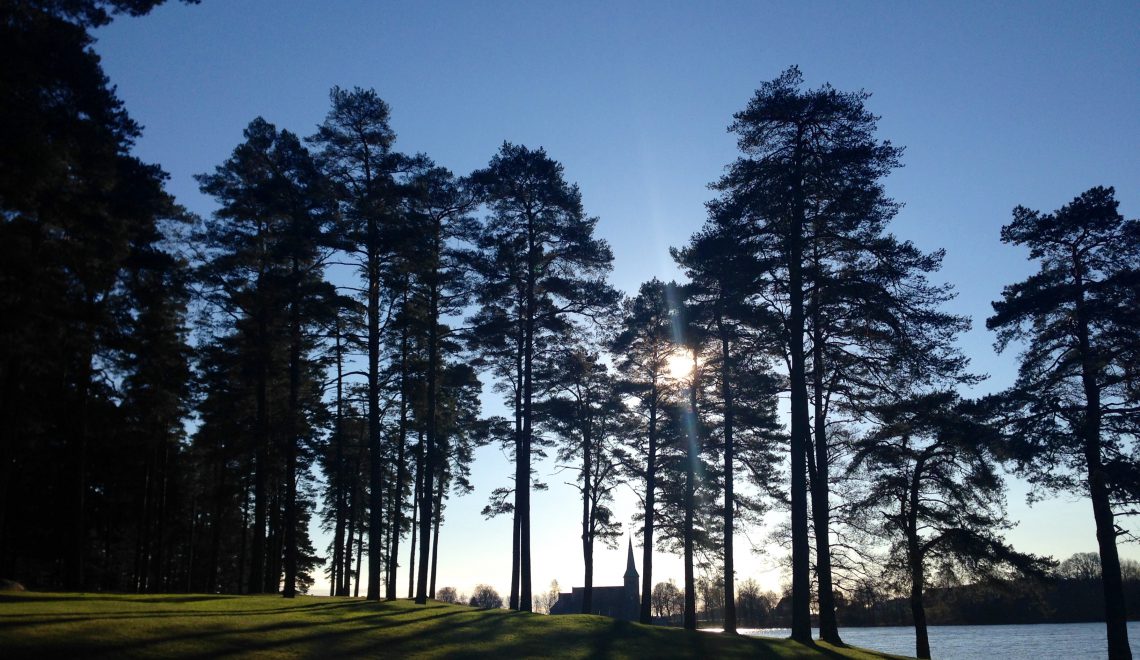 ‘So beta, this is the church where there is also a graveyard for Muslims. I feel I belong here. This is one of my favorite spots. I liked being here when I was younger. When I will die, I want to be buried here,’ my father said, very casually, as we drove by a church lying across a lake in the small Norwegian city where we lived.

I really enjoyed it when he drove me places. We could never travel far due to his bad health, but he made sure my sisters and I could explore our surroundings. Together my father and I scouted new and old roads, villages, dirty slums, rich isolated neighborhoods, bazaars, shrines, churches, mosques, industrial areas and historic buildings that were falling apart from the Mughal and British era in Gujrat. The city and district of Gujrat is in the northwest of Pakistan, toward the border with Kashmir. It lies on the banks of river Chenab, which was my father’s favorite spot – and mine too. My memories about my father comprise of innumerable learning adventures. It took me years to understand the significance of our time spent together.

Unfortunately, our adventures stopped quite abruptly due to his heart attack. He had always been sick, but nobody was prepared a heart attack at the age of 41, which left him partially paralyzed. Due to the paralysis in his left arm he was not able to drive for a long time.

Photo: My father and I at a wedding in Pakistan

I hated it whenever he talked about death, and I never took it seriously. There was denial and fear hidden in my anger. Today, when I look back, I realize he was just preparing us for what was about to become our reality. At the age of 46 he died, after spending 18 days in a coma.

It was after his death that I became more aware of my gender. I cannot forget the day I saw his dead body. This was not to be the worst part of my day. Random Pakistani adults were coming up to me, as the eldest child, and telling me that now I have to be the ‘son’- as if a daughter couldn’t do what a son could. My father had never made me feel inferior because of my gender. All of a sudden everyone around me was communicating that I should feel bad because I was a girl and not a boy. It was devastating to hear such insensitive comments thrown at me, disguised as ‘sincere advice’ when this tragedy had befallen my family. There was not just sorrow, but pity in people’s eyes. Why? Because our nuclear family now consisted of just females, and a five-year old boy. I had never felt so insecure, frustrated and helpless. The day my father died was the day when I became exposed to the misogyny and hypocrisy engrained within the patriarchal culture I belong to.

Our voices were sidelined in all the decisions around the funeral. My father’s wish for a quiet grave by a lake was ignored because the men in my extended family preferred a funeral in Pakistan. My sisters and I protested, but we were told not to quibble over such a ‘trivial matter’. My mother, raised in this very traditional, conservative and patriarchal society, complied with the men of the family. She had her own fears to deal with. Fear of exclusion from the family, fear of being stranded in Pakistan, fear of losing the custody of her children: a sad reality of countless young divorcees and widows in Pakistan. Filled with sorrow and paranoia, in order to protect us and please the elders, she left us in Norway with our aunt, and took my little brother along with my father’s dead body to Pakistan.

Funerals are an essential ceremony in many cultures. Even though funerals might be a traumatizing experience for some, for many, it is a chance to say farewell, pay respects and take final goodbye with the loved ones. For my sisters and I, having this opportunity taken away from us was not just gross discrimination, but I believe also caused unnecessary suffering.

Like many religious ceremonies across the globe, traditional Islamic funerals are also influenced by androcentric interpretations. Traditionally, the women do not attend the gravesites nor take part in the burial rituals in many countries. A few years ago, I learned about Afghan women who buried a woman without men present, and how an American Muslim woman flouted at her local imam and attended her father’s funeral. This is when I fully understood the unfairness of male-centered ceremonies and its negative impacts on women. Sadly, many women from Muslim heritage unquestionably accept such forms of exclusion from meaningful ceremonies and rituals of life. I find this profoundly worrisome.

Muslim women need to work together in order to claim spaces in the exclusionary rituals within Islam. This is not an attempt to antagonize the role of men in these ceremonies, but a move towards inclusivity in order to increase the participation of women in life-cycle events and ceremonies. Not the least, it should be a woman’s fundamental human right to grieve at a gravesite, to carry the coffins of her loved ones and to attend the funeral prayers that are currently solely claimed as men’s duty and obligation. There is something fundamentally wrong when a boy is deemed appropriate to attend a gravesite while an adult woman is not.

Such unfair exclusion of women from significant ceremonies can leave psychological scars that can take a lifetime to heal. Grieving is an arduous journey, and such discrimination can make it even more agonizing. In my case the scars are documented in my high school record: 48 days and 126 hours of absence during my 3 years of senior high school. I spent most of that time lying inert in my bed while the entire day passed. The feeling of immobility would only last for few hours, and I would be able to attend remaining hours of high school. I do not know if things would have been different if I had taken part in my father’s funeral. But I do know that I would not been forced to deal with feelings of guilt, abandonment and anger. It was my mother, sisters and I, who nurtured my sick father, and who loved him. It still doesn’t make sense to me that we had to leave him in hands of strangers just because we were women. Those men did nothing for him when he was alive. So why should they get the privilege of burying him? Just because they are men?

There is no right way to deal with grief. It stays with you, lingers in you. It can tarnish your reality at any moment by dragging you down aching roads. This is when you yearn for something concrete to touch or look at. My father is buried thousands of miles away from me. I never got to put him to rest in the place of his choosing. When I visit his grave, it doesn’t feel real. For me he just disappeared in the dark, cold, winter sky after New Year’s Eve over a decade ago. This is something I have accepted and made peace with. Therefore, when I long for him I just go by the lake, and stare at the sky. But one thing I know for certain is that no woman or a girl deserves to be excluded from visiting cemeteries, carrying coffins and burying their loved ones. The coffins of loved ones do not weigh any more if women carry them. It is those coffins that you do not get to carry, that burden you with their unbearable weight for the rest of your life.

Afak is a 3rd culture kid who is fascinated with brains. She studies cognitive neuroscience and works with autistic people in Norway. She loves creating gifs and puts sriracha sauce on everything.