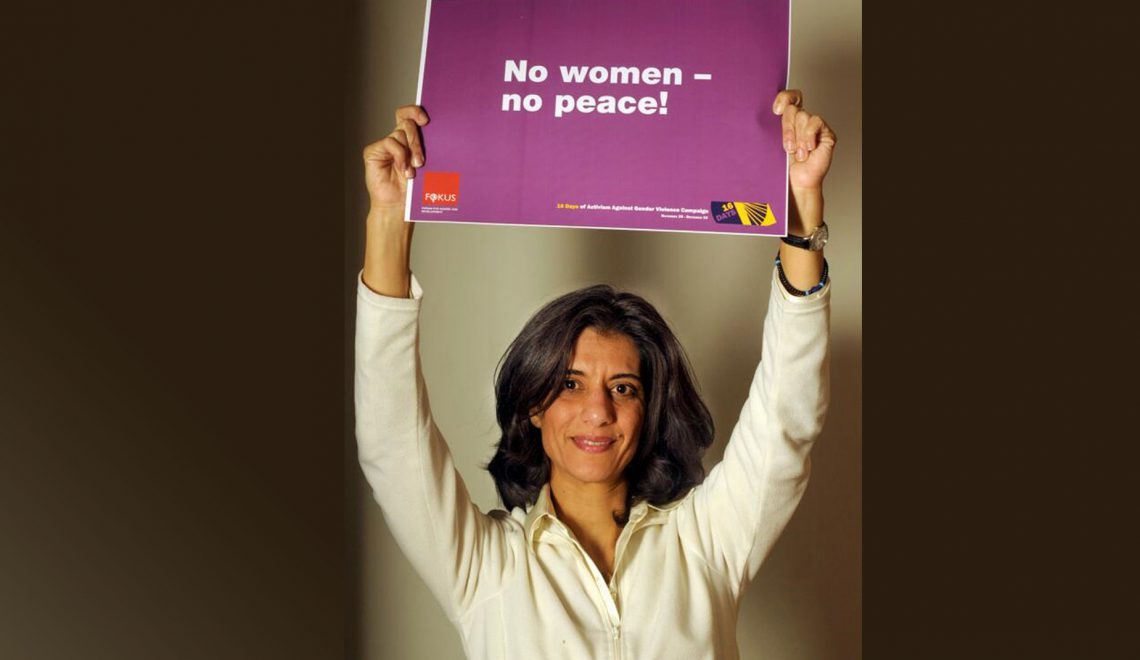 It’s time to include women in counter-extremism measures

In 2016, across London, Washington, Brussels and New York: violent extremism is the topic du jour, with officials in the US government, the UN and across Europe busy developing policies and plans for action on ‘preventing or countering violent extremism’(P/CVE). Within these policies, there is dutiful reference to engaging “women and youth.” The more progressive even mention gender sensitivity or gender perspectives. But scratch the surface, and it is clear there is widespread misunderstanding of what this means or how to do it. As a result, there is a tendency to slide back into an age-old axiom: women are victims, perpetrators, or mothers. But this perception misses one of the most important groups of women involved in P/CVE: women human rights defenders and peace activists working on the ground, who challenge the conventional wisdoms and raise uncomfortable truths. 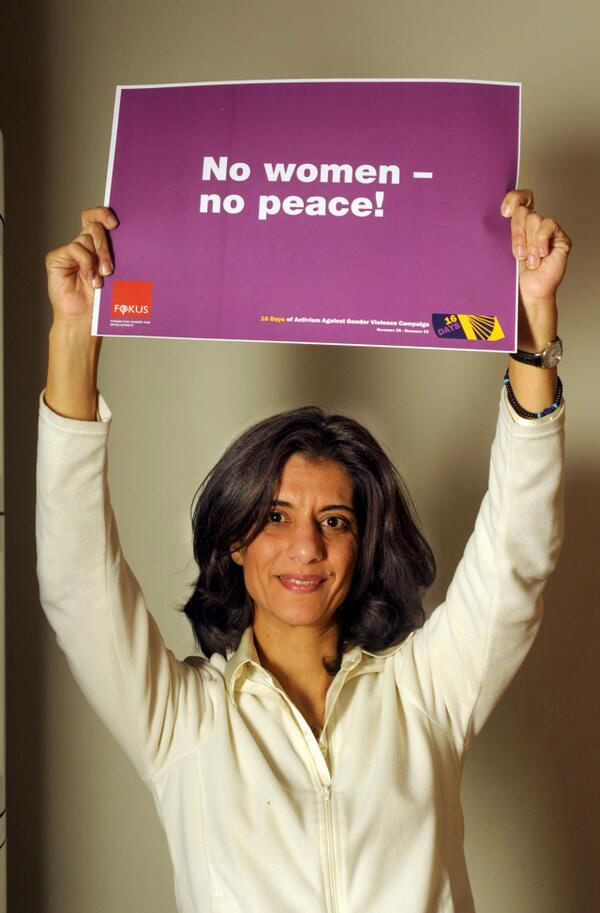 The simplification of women – where they are seen without nuance, complexity, or recognition of their self-defined identity and agency, is akin to the virgin/prostitute dichotomy that has littered history for centuries. The Yazidi women and girls epitomize the horrendous victimhood of women, while the teenagers in the UK joining ISIS, whereas the girls strapped with bombs in Nigeria and implicated as Boko Haram ‘suicide’ bombers, personify the perpetrator identity. It seems that, in the male-dominated world of policymakers, men get to determine which women matter to the agenda.

The victims have to be recognised because it would be downright indecent if they were ignored. But as with victims everywhere, they are not given the chance to speak for themselves or to determine the assistance they need. Policy makers and journalists will talk about them. Scholars will research them, but very few people focus on providing the necessary care to enable women (and the girls) to cope with the trauma and stigmatization. Worse still, they are rarely given the opportunity to overcome their victimhood and continue with their lives. The results are plain to see. Some of the Yazidi girls were subjected to virginity tests by Kurdish authorities. Many are committing suicide. It is as if the label of ‘rape victims’ is etched into their foreheads in perpetuity. A handful of women are becoming fighters to avenge the violence they were subjected to.

There is always a fascination with women who take up arms or opt for violence. They are either evil because they have transgressed unsaid but deeply riven norms of femininity. Or they are viewed as the ultimate symbols of self-empowerment, brave enough to fight, and heroic, like the women in the Kurdish militias.

Yet, the image of women fighters is neither news nor shocking. Throughout history, a small percentage of women have always been drawn to armed liberation movements (and national armies) in Africa, Asia and Latin America. Like many men, they are attracted by the idea of fighting for a larger cause, for revenge and justice, to feel the sense of belonging and protection, wanting respect, learning skills, and accorded responsibility. Even young women, who were sexually abused and coerced into fighting with armed groups in Liberia and Sierra Leone, believed they had acquired skills and confidence beyond what society offered them.

There is little discussion of the complexity of experiences among women fighters. Individuals may be both victims and perpetrators of violence. For example, research on the recruitment of young women (most under 18) who are traveling to Syria, reveal a strong dose of online sexual grooming in the communications between them and their recruiters. The media’s labeling of Boko Haram female ‘suicide bombers’ obscures that fact that many are young girls, who may have had neither the knowledge, nor the power, to stop the bombs being strapped to their small bodies. They may be perpetrators, but they are simultaneously victims.

Reference to mothers is the latest trend. Some Western policymakers and increasingly government officials in other countries, view mothers are the panacea to these threats: mothers, we are told, are the first to notice if their children are veering towards extremist ideology, and will hold them back. Some mothers do indeed have enormous influence, but they can wield it both directions. In Pakistan, for example, an extremist radio-sheikh railing against the injustices of the state and the vision of a new purer Islamic society, targeted the attention and the gold bracelets of the mothers, appealing to them to pay for their boys to join the Taliban.

Now, policy makers in Washington, London, Baghdad and New York want to harness this power, and mobilize an army of mothers to fight for their cause. But they want mothers who do not challenge the policies and interests of the powerful states or who question power structures and patriarchy, not women who demand rights and equality. The motherhood paradigm is a way to package and present women in apolitical and non-threatening ways according to traditional, and even biological norms of femininity ̶ it is the image of the lioness protecting her cubs. As they strive to keep their own boys and girls out of trouble, of course, the mothers’ interests intersect with those of governments. But by virtue of being pressed to act as frontline whistleblowers, they are also at risk of being used or ‘instrumentalised’ by many of the same states whose policies may be contributing to the growth of extremism. As one Iraqi woman notes, ‘the government wants women to mop up their mess.’ But they do not want to change their own strategies.

Within this overly simplistic framing of women’s experiences of extremism, one category is missing: women who become civic activists fighting for rights, peace and justice. These women may or may not be mothers, and their motivations are not limited to preventing or countering extremism just among their sons and daughters. They understand that extremism is growing because of deeper socio-economic and political problems. They see firsthand, how poor governance and state oppression fuels extremist dissent, especially when other forms of civic activism and dissent are not available.

These female activists know that simply reacting ‘against’ or ‘countering’ extremism is not enough: what is needed is a positive alternative to address the grievances and aspirations of those most vulnerable to the lure of extremist movements. And they are doing it. Many of these women are working in their communities, developing tailored approaches to engage youth and religious leaders. Their initiatives are never solely focused on women. Rather they address the wider ecosystem, combining religious teachings rooted in co-existence and non-violence, critical thinking, economic skills and socio-cultural activities. They help generate a sense of personal pride, offering that sense of belonging to a group and contribution to the betterment of their societies. They also speak out when their own governments fail to provide basic services or security.

Women activists understand the interconnectivity between the local, national and international levels. They provide acute analysis and uncomfortable truths of the impact of Western military policies on their communities. They bear witness to the consequences – good and bad – of US and European training of their police and military forces. They have the courage to criticize bad policies, and the creativity to offer an alternative vision for their societies. Simultaneously they challenge the hypocrisy and double standards of the international community that may speak of human rights, while supporting oppressive governments and bombings. In fighting for their vision, they put themselves at profound risk. As the Iraqi woman notes, ‘When we try to mobilize civilians to hold the state accountable or transform our communities, the government accuses us of regime change.’

Women have been at the forefront of the fight against forms of extremism for decades. Every major world religion – Islam, Christianity, Judaism, Hinduism and Buddhism – has witnessed the outgrowth of an extreme minority. Similarly ethno-nationalistic and conservative political movements are on the rise. Women’s rights movements worldwide have also long warned against the economic ideologies – a form of extreme capitalism ̶ that have spread across their societies, exacerbating inequality. In each instance the suppression, direct targeting or instrumentalisation of women is central to the ideology.

This targeting of women by extremists is neither accidental nor ‘collateral damage.’ It is deliberate and strategic. Control over women is integral to these ideologies because they recognize the influence and potential power of women to transmit social norms and values within families and societies. Consequently co-opting women into their movements is a priority. They aim to co-opt, coerce or silence and kill women’s rights activists who dare to challenge their plans.

Herein lies the rub: While extremist movements understand the power that women’s movements pose, Western governments and institutions barely acknowledge them. In the words of a senior UN employee, ‘Women activists are treated with skepticism in the UN system.’ Governments also provide lip service but rarely consult or include them in decision-making processes. Too often male and female policy makers speak of ‘empowering women’, but often reduce their experiences to human interest stories, rather than listening to their analysis and critique of geo-political policies, or most importantly, to the priorities and solutions they set forth.

Do women’s peace and rights activists raise uncomfortable truths? Of course they do; Because they are committed to eradicating the intolerance and violence in their communities – whether it is perpetrated by non-state extremists or by states. They are in it for the long haul, for a simple reason: the threats they face are existential to their way of life.

The international community stands at an important juncture. As the P/CVE action plans and policies are being developed, policymakers can continue paying lip service to women, fitting them into neat categories of victims, perpetrators or mothers, or they can recognize the agency, vision, and leadership of women who are courageously taking a stand against these ideologies. This would require not only listening to women, but also heeding their advice gleaned from the experience of working and living in their own communities for decades. For many, this may be just too radical or threatening.