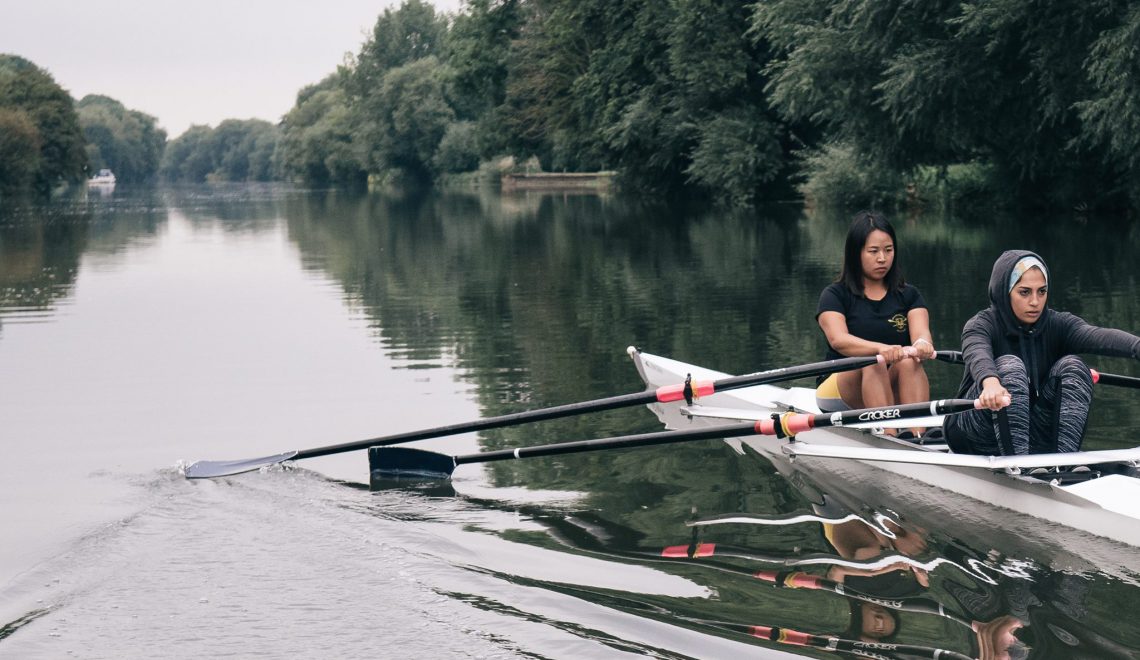 Identity politics hold us back

Although the announcement of the Nike Pro hijab is far from news, its recent listing as one of the best 25 inventions of 2017 in Time Magazine has generated controversy. Social media, yet again, blazes with righteous indignation on both sides of the argument.

Some non-Muslims are calling for a boycott of both Nike and Time magazine for perpetuating the oppression of women, whilst many Muslims feel the Nike Pro hijab is anything but innovative, arguing that Nike is exploiting Muslims.

The listing of the Nike Pro hijab as a ‘top invention’ is somewhat misleading. Nike was not the first to create a sports hijab. Nike acknowledged this at the time of release, issuing a statement saying, ‘The Nike Pro Hijab may have been more than a year in the making, but its impetus can be traced much further back, to an ongoing cultural shift that has seen more women than ever embracing sport.’

The take-home message, and the point of celebration, should be the fact that a big corporation such as Nike is attempting to accommodate Muslim women athletes, although belatedly. This in itself is something that should be applauded.

My clothes; my choice

Freedom of choice is important, and that goes for the clothes I choose to wear as an athlete myself. Having a greater variety of options to select from is hugely liberating. A sportsperson will know there is no such thing as one pair of trainers that serves all purposes, and the same goes for hijabs.

As a rower who has experienced a number of mishaps – or what I like to call ‘hijab malfunctions’ – during races, having a corporation such as Nike support active Muslim women in their sporting endeavours is progressive in my view, especially since it contradicts the stereotypical narrative of the submissive, oppressed Muslim woman often associated with the hijab in Western media.

Having experimented with different styles of hijab for purposes of functionality and ease, I know the difficulty of finding that one hijab that is most suitable. Choice and variety is an inaccessible luxury for many hijab wearing sportswomen. Empowerment comes from us women doing the amazing things that we do, and not from wearing a Nike Pro hijab. However there is no denying that the right attire can facilitate the journey to success.

The hostility from a minority of non-Muslims comes as no surprise to me. What I do find truly disconcerting is the outrage displayed by some Muslims who insist on playing identity politics and indulging in highly-selective outrage.

For those who argue that Nike is exploiting Muslims, I would like to extend an invitation to the real world, in which consumerism is part of daily life. These commenters remember their ethics when it comes to Nike apparel allegedly being manufactured in an environment where workers are exploited, yet express their outrage on an iPhone, manufactured by Apple who themselves have been accused of less than stellar practises in terms of where, and under what circumstances that phone was assembled. This is nothing more than hypocrisy of the highest order.

While I fully acknowledge and stand in support of smaller companies who have been around for much longer, I don’t see a need to limit ourselves to Muslim-run businesses to cater to Muslims, nor to rush to oppose the first major company that has decided to widen their product range. We complain about a lack of recognition and representation of Muslims by Western society, but then have major issues when attempts are made to accommodate our needs. This is a truly risible spectacle.

Will we ever be satisfied? This narrow, binary view in relation to issues like the hijab is holding us back. We need to become accustomed to things not being black and white, and come to terms with the shades of grey in between. How else do we expect to progress?

I sometimes wonder why Western companies even bother, if catering for us brings about so much disdain and the all-too-familiar victim mentality. Nike appeals to a particular consumer market. It’s not for everyone. We may choose to mix and match brands, from the high street to the high-end. Why does it have to be different when it comes to choosing a sports hijab? Why can’t we support smaller companies while celebrating the upcoming launch of the Nike Pro hijab? Furthermore, some people seem to ignore the fact that Nike worked with a number of Muslim women athletes to develop the sports hijab.

The current discourse over the Nike hijab highlights the need for more awareness, tolerance and acceptance. Many sports federations have regulations against the wearing of the hijab. Nike, with its recent partnership with FIBA, the international basketball federation, will hopefully help to change this with the release of the Pro hijab in 2018. What is also highly evident from Twitter and other social media forums is that there still remains much to be done in terms of changing the so-called bigoted narrative and mind-set surrounding the hijab from both within the Muslim community and outside.

Yes, there is more to a Muslim woman than her hijab, but for the active woman that chooses hijab, wearing it can present a daily challenge. In my opinion, initiatives such as the Pro hijab only further empower hijabis to plough on and participate fully in society and particularly in sporting endeavours. Nike certainly did not invent the sports hijab, but it is undeniably a leader in the field of sportswear, providing the tools to empower active hijab wearing and non-hijab wearing women alike. For me it comes down to freedom of choice. In that light Nike is an innovator of change. Let’s hope other big sportswear manufacturers are brave enough to follow in the same path, and that this advances beyond the hijab.

A British born Saudi woman, currently doing a PhD in Medical Sciences at Oxford University. I am an avid sportswoman and a member of my university college boat club. I row competitively and take part in regular intercollegiate races and local regattas in Oxford and elsewhere.