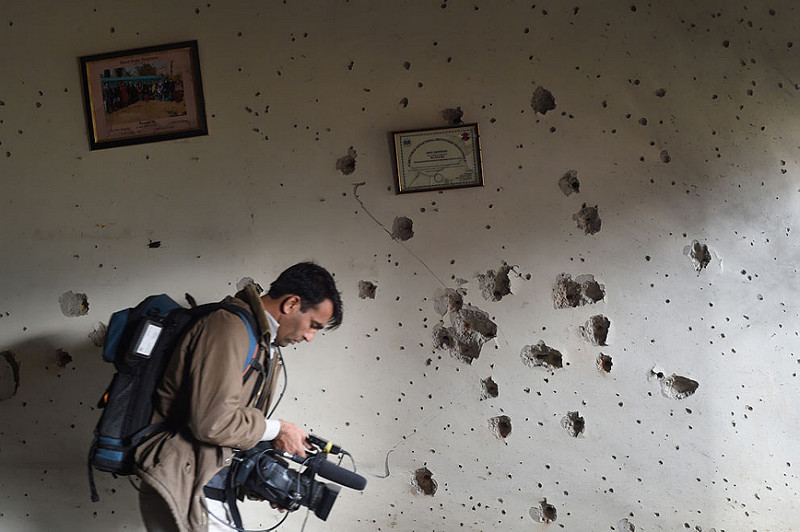 It was two years ago that we lost our children to hate. That heart-wrenching cold morning was not the first time: for we have lost thousands of our children to this same sick, hatred-filled mindset. We continue to lose our loved ones to the same sickening murderous spree in the name of religion and freedom to this day. But the APS massacre stood out. It was unthinkable that the terrorists could enter a school in broad daylight so brazenly, and kill so many children in cold blood. On December 16th, we cried as we watched events unfold upon our televisions. We cried until our tears dried up.

A few years on, the question arises: have we, as a nation, learned anything from the cold massacre of our children on December 16th 2015. For the past two to three decades, have we united as a nation in order to beat the enemy? The answer that boldly stares back at us is no. On the contrary, we are more divided and fragmented today than we were yesterday.

We are a band-aid nation, covering a deep and oozing wound that has become infected and threatens to shut down our vital organs. We, the people and our leaders, are afraid to look for a permanent treatment and cure for this infection, afraid to raise our voices against the wrongs in our society, living with the idea that ‘as long as it doesn’t happen to me it’s fine’. Well it’s not fine! Nothing is fine and will not be fine until we take a united stand against everything that is wrong in us and with us.

The notion that we can sit back and watch, while an angry mob attacks a Hindu/Christian/Sikh community by burning their homes down and killing them is okay because someone allegedly disrespected the prophet PBUH…is wrong. It is unthinkable, it is inhumane, it is unacceptable!

Hazara and Shia killings continue in the ‘land of the pure’ at an alarming rate. No one takes a step to protect them and stop the killings.

The callous attitude toward Ahmedis is unacceptable. Their mosques are attacked and ‘reclaimed’, their homes and businesses are burned down and their people murdered. A man in Lahore who had been inciting hate by putting up banners stating Ahmedis were banned from entering shops and local businesses was released from custody, garlanded and hailed a hero by hundreds.

Hypocrisy has become a part of our DNA. I have watched many times as senior journalists and (self-proclaimed) analysts on TV condemn Shiv Sena for targeting a Bollywood actor for his remarks about tolerance in India. One said, ‘India is as much Shiv Sena’s as its Amir Khan’s’ and he has the right to live the way he wishes to with freedom in India. The same journalists and analysts have not uttered a word against the people in Lahore who organised a rally against the government for removing anti-Ahmedi banners, or against those mullahs who preach hatred against religious minorities. I watched in horror when Governor Taseer’s murderer was showered with rose petals by lawyers as he appeared in court. We turn a blind eye, our ears go deaf and our minds cease functioning or rationalising when the fault is ours.

We are all responsible and collectively at fault for the demise of our society. The need for introspection is great and urgent in order to control this downward spiral, or we may suffer more APS tragedies. We must stop being a band-aid nation and treat the infection within us effectively before it devours us completely.