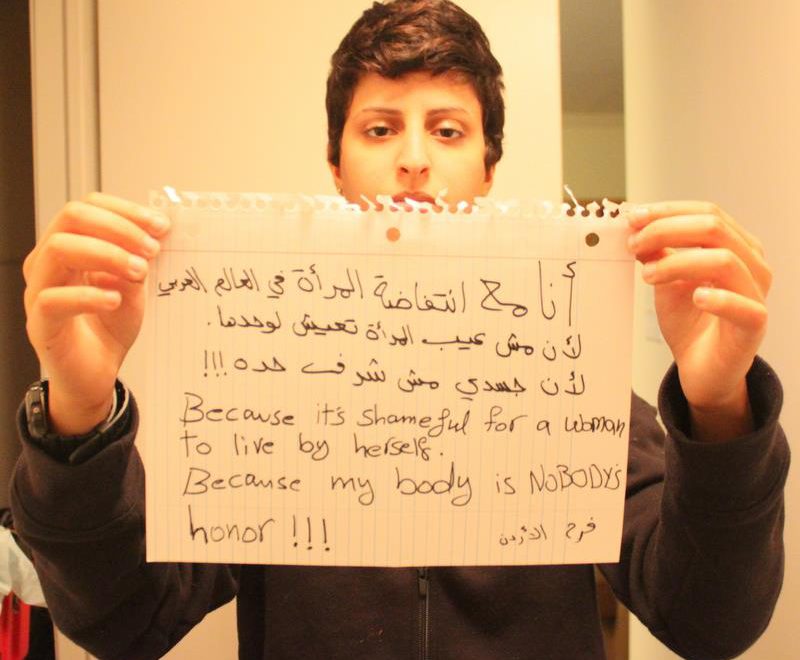 Photo: Flickr / The Uprising of Women in the Arab World
Opinions

Successes for women in Jordan

Women’s rights activists in Jordan have had a lot to rejoice about this year. Of their many demands, two major legal changes were finally made by Jordanian legislators and decision-makers. Almost ten years ago, the women’s movement placed a lot of pressure on Jordanian legislators, calling for the cancelation and amendment of some laws in the Jordanian Penal Code that were seen as working against women’s well-being, dignity and safety.

One of the controversial laws that the movement targeted was Article 308, which allowed sexual assault perpetrators to escape punishment if they married their victims, provided that they remain married to them for periods ranging from three to five years, depending on the nature of the sexual assault.

Dozens of activities and lectures were held over the years by the women’s movement, demanding the abolition of this article. Their efforts eventually paid off, and encouraged the youth to join their fight against many other discriminatory laws. In 2012, a group of young men and women held a spontaneous activity, forming a human chain in one of the capital’s major busy streets.

The demonstrators held banners that reflected their clear demands: ‘We are equal’, ‘We are no one’s honour’, and ‘Rape [a woman] and get married for free’.

The strong messages on the banners were spotted by hundreds of motorists and published in the media, which led to a lively debate in the press, and across society. Activities by women activists never stopped over the years. This eventually pushed the Ministry of Justice to suggest several amendments to Article 308 and other laws pertaining to women. But the decisive move came in August 2016 when His Majesty King Abdullah formed a committee and tasked it with reviewing the entire Jordanian Penal Code.

The Royal Committee responded to women’s demands, and made several recommendations, including the long awaited abolition of Article 308 and other laws relating to women. The recommendations were upheld by Parliamentarians and became effective after being published in the official Gazette earlier this month.

But there were some who were sceptical and opposed abolishing Article 308, claiming that ‘repealing the article altogether would cause a risk to the lives of women between the ages of 15 and 18 and would result in children being born without fathers in cases of pregnancy’.

However, Wafaa Bani Mustafa, a female MP in the Lower House of Parliament, was one of many who disagreed with critics of the abolition of Article 308.

‘It has to be clear to everyone that we have to deal with minors who go through sexual assault as victims, and not make them part of the problem; this will be the case if we allow victims aged 15 to 18 to marry their perpetrator to try to escape the bigger crime’, the deputy said.

Abolishing Article 308 is only the beginning. Bani Mustafa, who fought fiercely under the Dome of Parliament to ensure that article 308 was abolished added, ‘The government now has a responsibility to ensure the proper social, economic and psychological rehabilitation and care of individuals who are subjected to sexual assault, to treat them as victims and to enable them to resume their lives in spite of the trauma.’

Another amendment published in the official Gazette tackled Article 98, which is used to allow the majority of perpetrators of so-called ‘honour’ crimes get away with lenient sentences.

Before its amendment, Article 98 stipulated that a person who commits a crime in a ‘fit of fury’ caused by an unlawful act on the part of the victim benefits from a reduction in penalty.

The Criminal Court used to consider ‘the illegitimate behaviour and violation of the code of family honour by the victims as an unlawful act that granted the perpetrators a reduction in penalty.’

Hundreds of men over the past two decades have used Article 98 in their defence, after murdering their female relatives in the name of family ‘honour’. They would end up receiving a prison term ranging from three months to two years in prison.

However, in August, Article 98 was amended, banning perpetrators of so-called honour murders from benefiting from a reduction in penalty if they murdered female relatives in the name of family honour.

While this law has yet to be used in any verdict related to family honour, in recent months women activists have quickly made use of these new gains, forming a coalition of around 60 organisations to build on their achievements.

The coalition has met on several occasions and has started to form new strategies to call for more changes to other discriminatory laws, and to address taboo matters such as abortion.

For a long time, the issue of abortion has been untouchable in Jordan. No-one dared to talk about this sensitive topic, given the fact that it was considered to be strictly against the Islamic religion for a woman to have an abortion, unless the mother’s life were in danger as a result of the pregnancy. If anyone was caught taking part in an abortion, the punishment could range from six months to three years in prison.

But in 2014, the Iftaa Department issued a fatwa that condemned rape and incest, which the department said was a grave violation in Islam, and stated that any woman subjected to such incidents should visit the department for an examination of the case, after which a fatwa would be issued ‘that would be beneficial to the victim’.

The fatwa is not legally binding, but the fact that it was issued in addition to the lobbying by women’s groups has made it more possible and safe to address this issue.

‘I believe it is time to address abortion in cases of rape and incest, when it is under two months into the pregnancy. It is against humanity that a woman, for example, must give birth to a child who is the result of sexual assault by family members,’ said Jordanian Women’s Union Lawyer Hala Ahed, one of the coalition members.

‘I believe it is time to allow abortion in cases of rape and incest, especially because there are several countries and religious entities in our region that allow abortion in the first two months in such cases,’ Khader said.

Khader, also a lawyer, said legalizing abortion would ‘protect the victim’s physical and mental health, and if done in the first two months this does not violate religion because the foetus does not have a soul during this period’.

The Jordanian National Commissioner for Women, Salma Nims concluded by saying that the latest developments in favour of women’s rights in Jordan will push each organisation and entity to assume its role in working on certain matters that relate to protecting women from violence.

‘We want to send a clear and strong message to the government that our work protecting and advancing women’s rights in Jordan will never end. We should take advantage of the positive changes that have happened recently to continue fighting for our rights,’ Nims said.